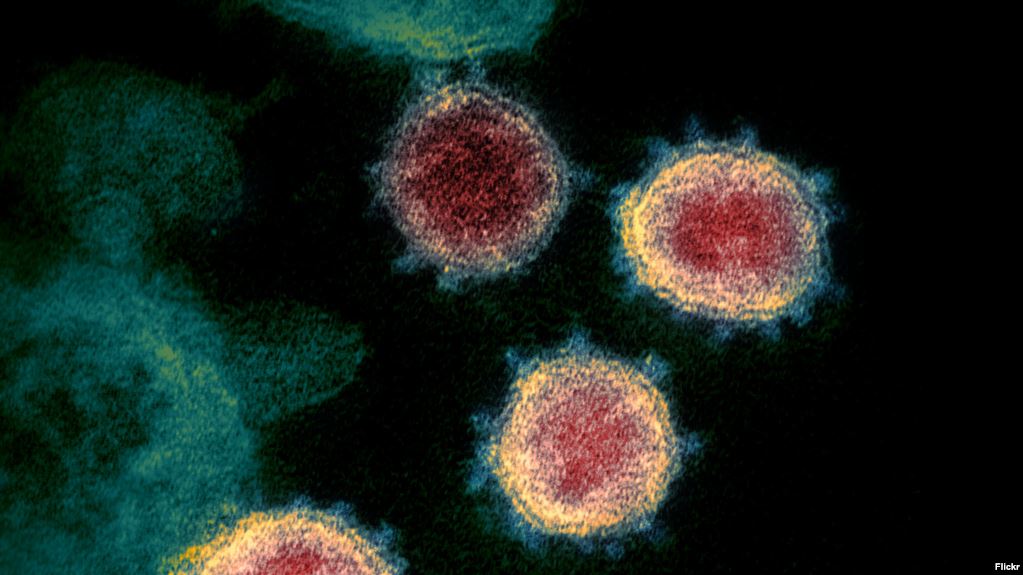 Channel One
Russian state-owned TV channel
“Well, today we finally managed to see the enemy’s face — the first high-quality photos of the coronavirus appeared.”
Source: Channel One News, March 19, 2020
False
The first novel coronavirus images were published in the United States, not Russia.

On March 19, Russian state-owned television’s Channel One ran a news segment claiming that Russian scientists had produced the “first high-quality photos” of the COVID-19 coronavirus. The report further claimed that scientists had fully decoded the coronavirusgenome and that this information would help track the spread of the virus and assist in developing a vaccine.

The claim that Russia produced the first high-quality photos is false.

In fact, the Russians were nearly a month late. The National Institute of Allergy and Infectious Diseases Rocky Mountain Laboratories (in Hamilton, Montana) produced the first images of the virus, taken with an electron microscope, on Feb. 11.

The claim that Russian scientists had fully decoded the virus’ genome is a little less clear. On March 17, two days before the Channel One story ran, scientists with the San Diego-based Scripps Research Institute announced they had run an analysis of the virus’ genome and determined it has a natural origin.

Scientists from Australia and the U.K. were among the contributing authors to that paper. Still, it is possible Russian scientists completed their own analysis of the genome around the same time.

As of March 23, Russia had 438 reported confirmed cases of COVID-19 infection, with one death.