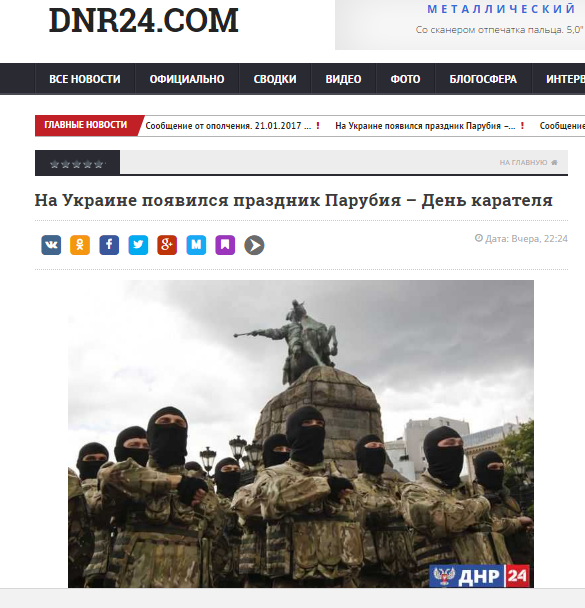 Sputnik, Gosnovosti, Fond Strategicheshoy Kultury, DNR24 all carried this fake story, some embellishing it so far as to claim that Ukraine’s government needs an Avenger Day to raise support for the war in eastern Ukraine and to “glorify volunteer avengers who went to kill a rising Donbas and Russians”. When Russia annexed Crimea in 2014 and the war in eastern Ukraine began, the Ukrainian army was completely decimated with only a small number of battle ready troops poorly equipped for battle.  Volunteer battalions organized throughout the country supported the weak Ukrainian armed forces and prevented further Russian separatist incursions.  Today the volunteer battalions are part of the official Ukrainian armed forces, overseen by the Defense and Interior Ministries.

The volunteer movement in Ukraine extends far beyond the military service. Volunteer groups are active in supporting the armed forces with food, clothing, medicines and post-battle rehabilitation, as well as working actively with the nearly two million internal refugees displaced by the war in eastern Ukraine.