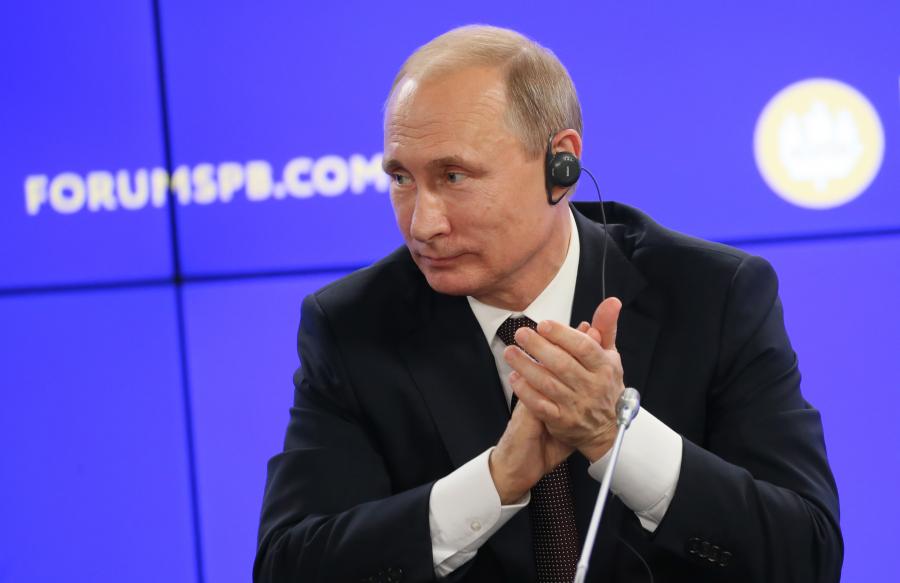 The West is an Easy Target for Kremlin’s Disinformation, Ivana Smolenova wrote for Intersection. From those who seek to control the minds of others, Russia’s ability to influence public opinion and internal affairs of other countries stands out. The increasingly assertive Kremlin can now rely upon a wide network of agents to help disseminate its message and advance Moscow’s policy objectives. These operatives range from well-run global media outlets, troll factories, useful idiots, and sympathizing national politicians, to extremist parties and anti-establishment organizations that contribute to subverting and disuniting Western society. As a consequence, these countries which find themselves under disinformation attacks from pro-Russian media are left wondering how to properly react.

Western governments will never be able to ban all pro-Kremlin voices without compromising its own principles on free speech. You can occasionally shut down Russia’s state-controlled media outlets, like Latvia did in the case of Sputnik, or deny accreditation to Russian journalists, as was the recent case in the Czech Republic. Nevertheless, there are no legal tools – nor political will to create them – by which to silence every angry blogger or disaffected citizen. Even if there were, the effect could be counterproductive and lead to a backlash.

The localized versions of pro-Russian media, the domestic outlets that advocate views that are closely aligned with Kremlin, are even more difficult to tackle. The Czech Republic and Slovakia have over 100 “alternative websites” that emerged since 2014. They all claim no allegiance to Moscow, yet they echo whatever anti-western narrative Sputnik, RT, and other Kremlin propagandists claim. Silencing them all would be next to impossible.

Another regularly discussed counterstrategy is debunking, alias correction of lies, fake pictures, videos and apparent argumentation flaws of the pro-Russian media. A handful of great initiatives have sprouted up around Europe, such as Ukraine’s debunking platform StopFake and the EU’s East StratCom Team’s weekly Disinformation Review. The relentless effort of their founders and contributors has already produced some positive results. They succeeded in drawing public and political attention to the level of the pro-Kremlin disinformation in Europe, placing it on the agenda of some Western policymakers.

For all the accomplishments that debunking has achieved, its ability to convince audiences most susceptible to pro-Russian propaganda is limited. Once the debate starts targeting citizen’s fear or insecurity, their logic and rationality steps aside. An example of this phenomenon is one of the frontrunners currently in the American presidential elections, Donald Trump whose popularity has been growing despite being caught lying on an almost daily basis. Another example can be found in the United Kingdom. It has been proven numerous times that migrants from Eastern Europe are overwhelmingly beneficial to the British economy. Yet, once Brexit campaigners managed to tap into British citizen’s prejudices and xenophobia, the argument no longer mattered for those who voted to leave.

Pro-Russian media have picked up on this trend as well. According to a recent study (in Czech) by the Masaryk University in Brno that examined 2,660 articles from a number of Czech pro-Kremlin media websites with, every fifth article (19%) incites hatred, every fourth article (27%) targets fear, and nearly half (48,5%) express some level of outrage. As the researchers examined the issue of migration crisis, the emotional appeal of Czech pro-Russian media became even more alarming. Over half of the articles (53%) instilled fear, 20 % incited hatred and 19 % expressed outrage in some form.

Pro-Kremlin propaganda has become far more sophisticated and difficult to debunk with Europe’s migration crisis. One recent title from a strongly pro-Kremlin Slovak conspiracy magazine, Zem & Vek, “Sexual Jihad and the Passivity of Governments in Europe,” aptly illustrates the current strategy adopted by the pro-Kremlin voices in the region: first, they exaggerate and overplay the threat, and then point to the inability of political elites to solve it. Long gone are the times when the Russian media needed fake pictures to create conspiracies – political divisions and the inability to respond to the current challenges facing these countries are sufficient.

In the age of hybrid threats, where unpredictability is the new norm, Western policy makers need to become more innovative with their strategies. It is imperative that the expert community starts discussing how to build a society that is resistant to such manipulation. It is a more sustainable counterstrategy to Kremlin propaganda than trying to silence all pro-Kremlin voices, simply because we will never be able to ban all of them.

The key to success (if there will be any) lies in understanding what pro-Kremlin media tend to exploit, rather than the techniques and methods they use, mainly because, if not Kremlin, any other actor eager to manipulate others can exploit the same weaknesses. The Kremlin’s effort to sow wedges into western society rely upon similar realities and emotions as does Donald Trump’s constant lying, the blatant xenophobia of Brexit campaigners, and the rhetoric used by many anti-establishment and extremists groups around Europe.

Unfortunately, due to its many imperfections and vulnerabilities, the West is an easy target. Education systems of many Central and Eastern European countries are underfunded and have not been reformed since the fall of communism, producing societies vulnerable to propaganda and manipulation. This now has a compounding effect on the political order, which partially adapted to this by adopting some form of manipulative populism.

The digital revolution of the past twenty years brought about permanent changes to how we as members of society learn, communicate and organize ourselves. Nevertheless, formal schooling of many European countries offers no courses on critical thinking. The proper use of social media, and the ability to distinguish between reliable and non-reliable Internet sources is now a critical lesson, yet so little about this is taught in schools. Without a critical eye to distinguish between sources, frustrated and dissuaded individuals may believe in almost anything they find online, obvious absurdities notwithstanding.

Poor comprehension of modern history should have set off alarm bells years ago. In Slovakia, most elementary and high schools stop teaching history at the Second World War. More class hours are disproportionately being allocated to prehistoric times, instead of the last 60 years. How can we then expect the public to understand the importance of post-war alliances and Cold War developments, when there is precious little time devoted to its historical context? Why should young people not fall for easy answers when the complexity of the modern world is not a part of basic school curriculum?

In the meantime, multiple external shocks and internal pressures result in growing support for extremists and ‘alternative’ parties in Europe, who are often eager to receive Kremlin support. It is becoming cliché to say that electorates in almost all developed democracies are loosing trust in their more centrist, mainstream leaders. This is evident as one looks at Britain, the United States or continental Europe.

This eroded trust can only be rebuilt by a genuine effort of politicians to address popular dissatisfaction – no media or civil society initiative can substitute this role. Success of the right-wing Slovak extremist Marian Kotleba, whose party recently won fourteen seats in parliament, can be partly explained through his ability to relate to the common man. In comparison to a large pool of contenders in well-tailored suits backed-up be teams of PR experts, Kotleba was the only one campaigning and directly talking to people in smaller villages and underdeveloped regions of Slovakia. While other politicians erected billboards with happy smiles and empty slogans, Kotleba travelled to distant areas, talked to the locals about their concerns, and built a significant support to enter Slovak parliament. This proved to be an extremely powerful tactic in gaining support of masses of citizens that often feel disconnected to the political elites.

Putin is not the mastermind behind Western weaknesses and problems, yet he knows how to exploit them and turn them his advantage. This is manifested in the case of Russian disinformation, as Kremlin-affiliated media takes every opportunity to point to flaws of Western democracies. Building a strong, confident, and well-educated society that can positively relate to its politicians and democratic institutions is the most challenging and long-term solution to counteract pro-Kremlin disinformation – but it is clearly the most effective one.