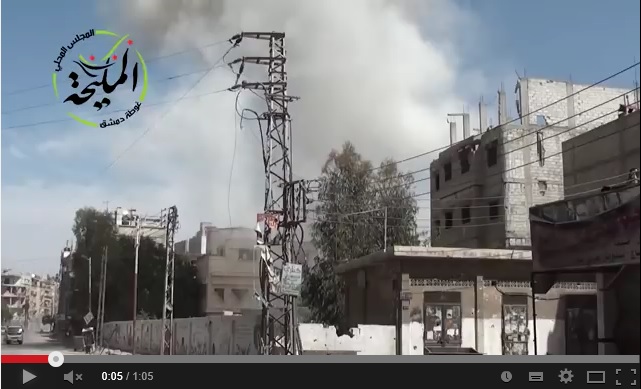 You can hear gunshots in the background of this shaky amateur YouTube video. There’s black smoke rising out of what looks to be a mosque; the narrator speaks in Arabic; the video’s description says the video was shot in the suburbs of Damascus, Syria.

The video is compelling, but is it real? If it’s real, does this video show a new event? And how can a journalist go about verifying its authenticity? These are questions journalists face everyday as the amount of user-generated content, especially video, continues to proliferate.

Amnesty’s efforts here are focused primarily on YouTube videos. There’s a step-by-step guide that allows users to follow a detailed checklist to try to verify things like the history of whoever uploaded the video, the time it was uploaded, and where the video was shot. Tutorials and exercises cover basic skills like extracting audio from a YouTube video or downloading a YouTube video. Amnesty has also created a test where users can practice their verification skills using the Citizen Evidence Lab checklist.

Verifying user-generated content can be a massive undertaking for news organizations. Storyful has created a whole business, which was bought last year by News Corp, out of verifying social content. In April, announced a partnership with Facebook to run a page, FB Newswire, that shares content that was posted to Facebook.

That Damascus mosque video above was used as part of the assessment the Citizen Evidence Lab posted on its site. The step-by-step guide shows users steps to confirm its authenticity. In this case, the video was posted by a media collective that seems to produce videos from that particular area. The collective has posted more than 600 other videos, has its own website, and is active on other social media platforms. Additionally, the weather in the video matches weather reports from the day it was uploaded. And a satellite image of the mosque matches the one that appears in the video. The preponderance of the evidence would seem to support the idea that the video is authentic.