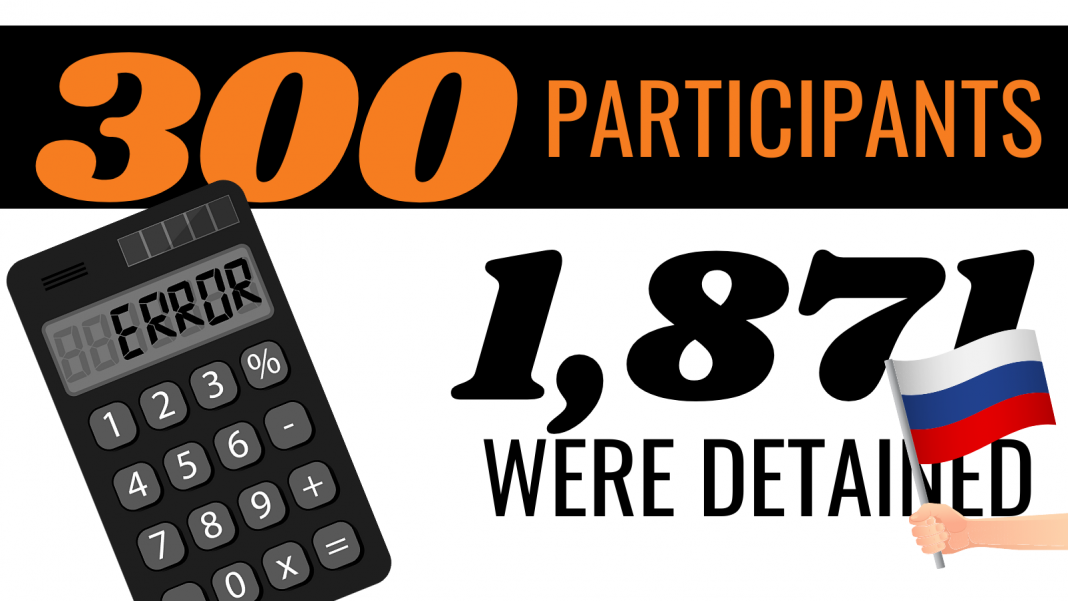 Reputable business outlet RBC.ru reports on the complicated maths of the Russian authorities, almost desperately attempting to belittle the countrywide protests against the detaining of dissident Alexei Navalny:

Moscow’s Department of Regional Security reports to RBC that around 300 people took part in the un-sanctioned meeting in support of Alexei Navalny.