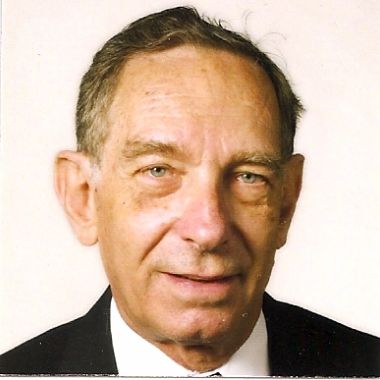 A year after President Obama met with Vladimir Putin and described him slouching and “looking like that bored schoolboy in the back of the classroom,” the two have met again. Putin now has a huge bargaining chip on his shoulder, that is, his willingness to send his military into Ukraine, followed by Syria. And every such move helps him wave the red flag to a supportive public, which applauds a strong leader heading a strong nation. After all, what other country had a Tsar called “…the Terrible”?

Putin has also recreated the advantage that his Soviet predecessors had, taking control over the sources of public information, notably national television, all networks. The satellite makes it possible for him to expose Russian-speakers in neighboring countries to his propaganda. And he is spending money on an English-language cable network, which had no trouble, thanks to layoffs by the American networks, recruiting a professional staff for its Washington operation.

Putin’s Soviet predecessors also sought to control the reporting of Moscow-based foreign correspondents. When I covered the U.S.S.R. for ABC News, which back then meant shipping film on by air freight to New York, foreign bureaus could not hire their own camera crews. We had to ask an official agency for a crew by describing in writing the story we wanted to shoot. If we got the OK, the crew came with a “coordinator,” an English-speaking traveling censor. If the final script I recorded gave offense, the film might not make it to the airport.

When Richard Nixon made the first-ever visit by an American President to the Soviet Union, the U.S. networks, as usual, negotiated with the local broadcaster for facilities, as well as their pooled pictures. The three networks sent a committee, with an NBC senior producer as chairman, to make the advance arrangements. The Russians demanded a fortune. On the day before the Americans were scheduled to leave, the chairman called New York to report an impasse. His boss said on the phone that the budget was $325,000. If that wasn’t agreed to, we would put a camera in front of a television screen in nearby Helsinki and shoot the Soviet video that way. The next morning, the Russian honcho came in and said, guess what, “We think we can fulfill your needs for only $325,000.”

Nixon was to fly next to Kiev, not on Air Force One, but with his hosts on a Russian Ilyushin airplane. Soviet TV showed them all boarding the plane, but an engine malfunctioned and refused to start. At that embarassing point, Soviet TV panned over to the terminal building and did not show the Nixon party disembarking and boarding a backup plane. It was a lesson to American TV executives on how the Soviets played the game.

When I first came to Moscow, doing a story for ABC Radio meant going to a small studio in the central post office. Every once in awhile, after I sat there saying “Hello New York” over and over until the ten minutes ABC booked expired and I had to leave, I learned that ABC New York had been told by an unidentified Russian-accented voice, “Your correspondent failed to appear for the broadcast.” It was a relatively harmless example of the Russian ability to deal with a situation with an outright lie.

A few years later, a Soviet fighter plane shot down a Korean Airlines passenger jet enroute to Seoul. The Kremlin first denied that it happened, then suggested that the plane was on a spying mission. Last year, a Russian missile shot down a Malaysian Airlines passenger plane enroute to Kuala Lumpur. Moscow blamed the Ukrainians and continues to impede an international investigation. Control of domestic news media meant that much of the Russian population has accepted the Putin line as they accepted the Party line earlier. And that includes believing that Western operatives engineered the coup that sent the pro-Russian president of Ukraine into exile, that it certainly was not a population that wanted their country to become part of the Western economy and body politic.

Kremlinologists are once again trying to divine Putin’s motives. Is he truly out to recreate as much of the Soviet Union as he can? To reorganize the Middle East with new satellite nations? Or is his goal to stay in power as long as he can – he is 62 years old — which was easier to do when he was flush with oil money, the ruble was strong and bills and pensions were paid on time? Since he can’t cite the defunct Communist ideology, there is the national patriotic card to play, and the alleged need for security against foreigners who wish Russia ill. Putin has voiced his belief often that Western governments are fomenting all the mass protests that threaten established regimes, including his.

At least the American reporters who go to Russia now can maneuver more freely, even if their Russian media counterparts can’t. On the other hand, when was the last time you saw a story reported by an American Moscow correspondent on an American television newscast?