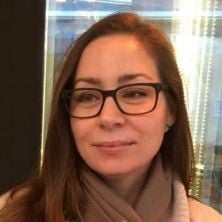 In the fifth year of Russia’s war on Ukraine, Kremlin propaganda and disinformation continue to pollute the pages of popular and influential western media. Kremlin lies and manipulations are often presented as fact, or given equal weight in coverage of Russia’s undeclared and unlawful war on Ukraine, and of Ukraine in general.

According to most western media, from Reuters and AFP to the New York Times, “the Ukraine conflict” in the “east of Ukraine” is fought by “Russia-backed, pro-Kremlin, Ukrainian separatists” who “want independence” against the “corrupt” “nationalist” and “oligarchic” “Kyiv government”.

Ukrainian legislation which deems Russia as the occupier and aggressor of the country is constantly ignored. What we see in much western media is that Kremlin messaging and narratives about Ukraine are often treated as far more credible and trustworthy than what Ukrainians themselves have to say, and what observable facts tell us.

If we patch together all the Kremlin narratives about Ukraine that find their way into mainstream western press, a horrendously distorted picture emerges. This can only be regarded as a victory for Moscow, and should shine light on the problem of the extent and reach of the long arm of Kremlin information warfare in its larger, multi-vectored war on Ukraine.

Thanks to western media echoing Kremlin talking points, most ordinary people around the world who know little or nothing about Ukraine and Russia have likely formed a perverted impression of what has happened in Ukraine since the early days of the Maidan revolution. That impression and resulting opinion likely looks something like this:

“Ukraine had an “illegal” revolution which caused “tensions” between Ukraine and Russia and triggered a “crisis in Ukraine”. Moscow was concerned by the revolution because it ousted a good president who was replaced by a dangerous, “nationalist” “Nazi junta”.

Russian speaking Ukrainians in Crimea and parts of Eastern Ukraine were “opposed” to the “nationalist revolution”. Fearing “persecution” at the hands of the “Russophobe government” in Kyiv, and desiring “independence” from the “Kiev regime”, the “disenfranchised” Russian speakers took up arms they “found in old Soviet mines”. Ukraine tried to put the “separatist” “rebellion” down, so these “pro-Kremlin Ukrainian separatists” had no choice by to turn to Moscow for “help”.

As the “Kiev regime” tried to “ban the use of Russian” and “banned all Russian books”, Russian speakers faced brutal “discrimination” in the country. In fact, Ukraine’s “racist” policies of cultural revival and “Ukrainianization” which were based on “ethno-nationalism”, gave rise to “dangerous” “ultra-nationalist” movements, and “alienated” Russian speakers.

At the same time, the existence of a separate and distinct Ukrainian culture and language is “questionable”. The two countries are “brotherly nations”, and as President Putin likes to say, they are really “one people”. In reality, Ukrainian is an artificial language – a “lesser” version of Russian for peasants, the uneducated and uncultured. In fact, Russian is an “inherent and important part of Ukraine’s identity” which should have the status as Ukraine’s second official language.

Yes, Russia “took over” Crimea, but only after Crimeans had a “referendum” to “secede” from Ukraine and “reunify” with Russia. Regardless, Crimea was “always part of Russia” and ended up as part of Ukraine’s territory purely “by chance” as a “political gift” by Khrushchev.

Crimea and Donbas are entirely separate and unrelated matters even though Russia is involved in both Crimea and Donbas. Russia’s involvement in “the Ukraine crisis” in “the east of Ukraine” is limited to “backing” the “pro-Russian separatists” who shot down commercial passenger jet, flight MH17, killing all on board. The “breakaway regions” of Donbas and Luhansk organized “self-proclaimed” “People’s Republics” with whom the Ukraine government refuses to hold direct talks to “negotiate peace”.

“Both sides” are always violating the Minsk peace accords. The Ukrainian government is “provoking Russia” with its “creeping offensive” into the grey zone, trying to take back territory from the “militants”. Ukraine does not really want peace because of political expediency and upcoming elections. Moreover, Kyiv won’t stop the “civil war” effort because the “corrupt politicians” that Ukraine is overrun with make money off the war.

The Ukrainian government has “abandoned the people of Donbas”, and “does not take care of their basic needs”. Kyiv “has no strategy” to “win the hearts and minds” of the people in eastern Ukraine. Everyone in Kyiv “wants to get rid of Donbas” but they cannot say so publicly. As a result, President Poroshenko does nothing to try to reintegrate those in “separatist-controlled” Ukraine. The hatred for people who fled the “conflict” in Donbas is palpable – Kyiv “does nothing” for the nearly 2 million internally displaced people, leaving them to “fend for themselves” in the “hostile” and “unwelcoming” west of the country where they “face discrimination”.

The Ukrainian government “cannot provide safety and security for its citizens”. The police “cannot prevent crimes” like political assassinations from happening, and instead, they “protect ultra-radical groups”.

The “regime in Kiev” unjustifiably restricts civil liberties, making the country one which is quite “unfree”. “Freedom of expression is stifled” in the country because of the ban on Russian social networks, and because Russian “journalists” from Kremlin “media” like RussiaToday are banned from entering the country. Criticism of the government is censored which is evidenced by pro-Moscow editors working for Kremlin media being charged with treason, and by the murders of critical journalists.

Kyiv is “backsliding on reforms” it promised to implement. The “counter-revolutionary” “obstruction to reforms” by old elites “has made things even worse than before the Maidan revolution”. Anti-corruption NGO’s are “prosecuted” for threatening the old ways, and face harassment. Because of the “backsliding reforms, the country cannot attract foreign investors”, and the government “uses Russia’s war as an excuse”.

The European Union has every right to worry about Ukraine because the country is also an “unreliable gas transit country” – when Russia cuts off gas supplies, it is Ukraine’s fault that gas is not flowing to the EU. Nord Stream 2 “will ensure EU energy security” by dealing directly with Russia. It will not be the EU’s fault that Ukraine will lose billions in gas transit fees as a result, but “greedy” Ukraine officials who “set fees too high”.

Moscow has legitimate interests in Ukraine. NATO and EU “expansion” should “take into account” Russia’s “security concerns” of “being encircled”. The West should not “provoke” Russia by engaging Ukraine in closer political and economic relations.”

This distorted picture defies facts and reality. But when every bit of Kremlin disinformation about Ukraine in major western media like AFP, Reuters, New York Times, the Guardian, etc., is pieced together, this is indeed the picture one gets. Russia has successfully drawn world media into its alternative reality on Ukraine.

Disappointingly, many “experts” who are supposed to have knowledge and expertise to challenge this “unreality” are instead lending credibility to Kremlin lies with their dishonest analysis about Ukraine and Russia’s unlawful war.

Sadly, pointing out the many manipulations, distortions, and outright lies that find their way onto the pages of respected western media, often gets defenders of truth tarred and feathered as having a “Ukraine bias”, being “Russophobic”, “nationalist”, or “supportive of corruption” in Ukraine.

It is said that Russian propaganda is not truly effective, but what dominates the pages of most media proves otherwise. Lies become truth, and the truth becomes a lie. If we do not start to turn our focus on the very real dangers of Kremlin narratives woven through major western media, the fight against Moscow’s information war will never be won.