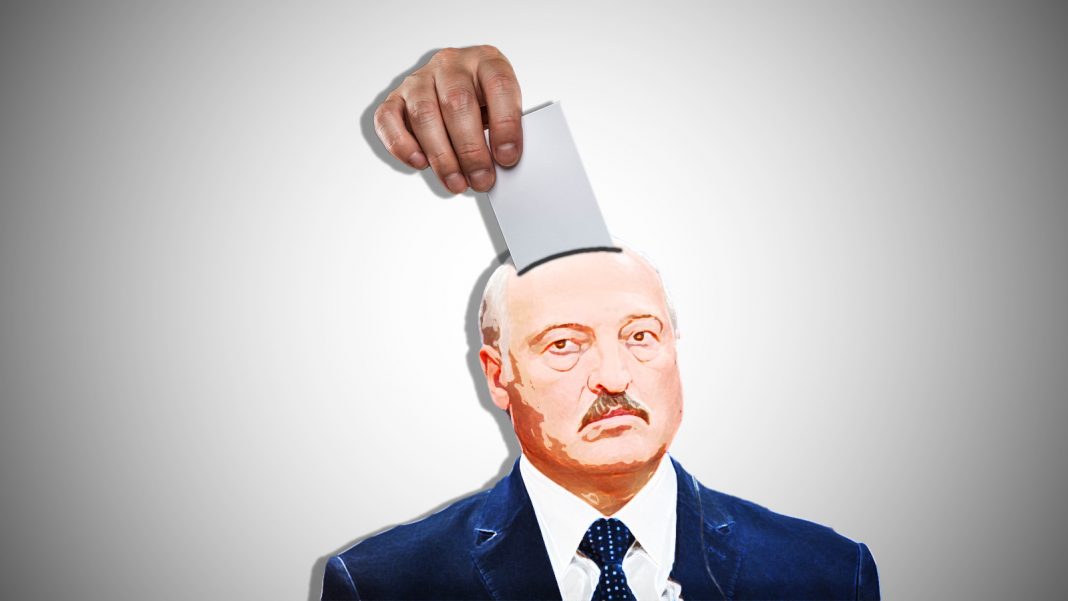 Belarus recently held a referendum on constitutional changes. The result was, as expected, falsified and the turnout exaggerated. But the lack of enthusiasm by state media demonstrates that Belarus already is virtually under Moscow’s control.

The referendum was planned as yet another triumph for the illegitimate President of Belarus, Alyaksandr Lukashenka: proof of the failure of the protest movement, and a symbol of the unity of the people and its leader. Instead, it demonstrated Lukashenka’s pitiful status as Moscow’s stooge. The referendum, performed on 27 February in the shadows of Putin’s war in Ukraine, produced the calculated result, but was generally a rather flaccid affair. Low turnout, minimal media coverage – all demonstrated Lukashenka’s submission to the Kremlin.

When it comes to disinformation, the referendum is a lie within a falsehood wrapped in a fake. Lukashenka is not Belarus’ legitimate leader; the result was forged and the turnout blown out of proportions. And the independence of Belarus – one of the original member states of the United Nations – appears to be in question.

Alyaksandr Lukashenka was once a master in steering his foreign policy in ways that maximised support from all sides. He could demonstrate loyalty to Moscow on one occasion, only to distance himself from Russian actions the next moment. For 28 years he has manoeuvred skilfully to save his own power and privileges. But since the clumsily forged election in August 2021, his dependence on the Kremlin has become complete. Russian troops are based in Belarus; the Belarusian armed forces are virtually under Russian command; and the new constitution – the subject of the referendum – renounces Belarus’ non-nuclear and neutral status. It actually also limits Lukashenka’s possibility to organise re-elections for himself. To demonstrate that he has listened to the people’s discontent, he introduced a wording in the constitution forcing him to resign in 2035, at only 81 years old, after merely 40 years as head of state.

Even Belarusian state media barely managed to whip up some interest in the referendum. Polite reporting, hum-drum phrases on enthusiasm and forward to the future. An election official tried in a comment on the state-run STV channel, and failed, to avoid mentioning the war:

We are all concerned with the situation surrounding Ukraine. And we understand very well how important it is to have a strong person as President, a patriot of his country.

The war against Ukraine was effectively rain on Lukashenka’s parade. Was the illegitimate President’s gaffe, pointing out Moldova as Russia’s next military target, a premediated move to demonstrate some attitude? “How dare you profane my referendum with your war, sorry, special military operation?” Probably not. This was likely a genuine mistake from the powerless satrap.

Lukashenka is propping up his failing regime with a massive Russian military presence, paying with blind loyalty to his masters in Moscow. Belarus was one of only four countries (five with Russia) in the UN General Assembly to vote against a resolution condemning Russia’s attack on Ukraine.

Lukashenka lies about being the President and organises a fake referendum, falsifies the result and pretends to be the leader of an independent country. Lukashenka is a liar, lying about a lie, backing up a violent attack on a neighbouring country.