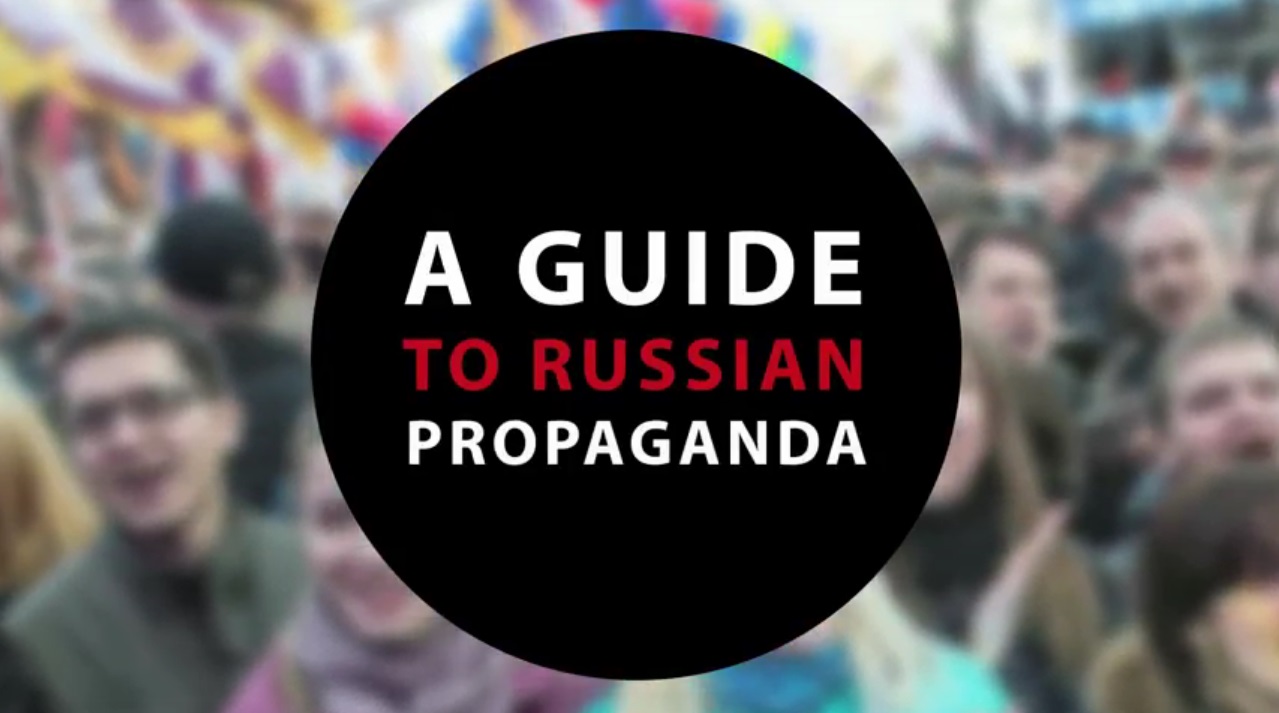 The Russian propaganda machine produces endless streams of fakes and manipulative stories. While at times they may seem outrageous or silly, they are far from being random. Russian propaganda for both domestic and foreign audiences follows techniques that stem from Goebbel’s times. Ultimately, it is a weapon of war. In our series A guide to Russian propaganda, we examine how propaganda works, and how one can avoid falling for it.

During the Cold War, westerners dealing with the Soviet Union grew frustrated at the automatic Soviet response to comments that were even slightly critical towards the USSR. The Soviets would say “what about …” before bringing up some supposed example of western hypocrisy. The Soviets sometimes seemed less interested in defending communism than in just pointing out that the West was, also, imperfect. Western diplomats, journalists, and scholars started calling this practice: “whataboutism.” Whataboutism is a constant diversion away from actual relevant news items, facts, and arguments into constant accusations of hypocrisy. This amounts to almost a pseudo-ideology of “we are not perfect, but neither are you” rather than arguments like: “our system is better” or “you don’t understand.”

Whataboutism is alive and strong today in Russian propaganda. The basic mechanism is an attempt to use either the emotions of shame or anger to derail an argument. By accusing their opponents or even just their interlocutors of hypocrisy, propagandists hope to trigger the emotion of shame to blunt accusations or divert the conversation into a discussion about hypocrisy. If the counter-accusation the propagandist uses is absolutely ridiculous, as is often the case,  then the propagandist is probably not trying to use shame, but rather use one’s anger to divert the conversation away from an important matter at hand and into a constant back-and-forth about some irrelevant piece of history.

Remember, the propagandists want to keep you distracted and confused. They don’t care about facts or truth, they just want to mentally divide and weaken their audience to make them more susceptible to propaganda or irresolute in the face of aggression.

Things to do when you hear a “whataboutism” retort:

Some examples of Russian/Soviet whataboutism:

1. Russia is not invading Ukraine and besides, what about the US hypocrisy in telling Russia to stay out of Ukraine?

This Russian propaganda clip from March 2014 tries to change the subject from Russia’s then-ongoing invasion of Crimea by attacking US hypocrisy. While Russian troops were invading Ukraine, this clip attacked the US for invading Iraq, fighting in Afghanistan, and using armed drones, all while denying that the Russian invasion of Crimea was actually taking place. Notice how the item concludes with the statement “actual military action has not even been given a green-light for by the Russian President, and Russia never said it’s interested in war with Ukraine. Regardless, the world’s top aggressor accuses Moscow of being one, applying double standards upon convenience.” In fact, Russian troops had seized Crimea several days before this clip aired, and Russia began also invading Donbas a little over a month later.

2. The “Rebels” in Donbas are organized and violent and it looks like they are being coordinated and supplied by Russia? What about the organized protests months earlier in Maidan?

This clip is from CNN in April 2014 during the first stages of Russia’s invasion of Donbas. At one point in the clip the CNN anchor asks a Russian propagandist about the refusal of the supposedly “pro-Russian protesters” to abide by the Geneva accords lay down their weapons and leave the government buildings they occupied. The propagandist immediately switches to talking about the Maidan protests and Crimea. She says that one can’t say the Russians occupying buildings in Donbas are Russian soldiers because they are armed and organized, because the protesters at Maidan were also armed and organized. She doesn’t mention that the protesters in Maidan were armed with self-made wooden shields and were self-organized, while the Russians taking over administrative buildings were armed with machine guns (see other differences between Euromaidan protesters and Donbas separatists here).

As proven by phone intercepts of Putin’s top advisor Glazyev, this distanced semblance to a popular uprising was crucial to the Kremlin in manufacturing the war in Ukraine by financial and organizational means. The techonology was to prop up “popular support,” ensure the relevant vote by the local authorities by means of armed men (mostly, Russians) occupying the administrative buildings, invade under the guise of providing “protection” to the local population.

3. Some of Putin’s shady financial dealings were revealed in the Panama papers. What about the other political figures who were connected to the Panama Papers?

This item from Russian propaganda tries to deflect attention from the shady dealings of close Putin associates revealed in the Panama papers by changing the subject to the dealings of David Cameron’s father, and one propagandists spins that the Guardian was only emphasizing the Putin angle to curry favor with MI6.

4. Russia murdered a British subject in London with polonium – but what about the Iraq war?

After the Financial Times published an editorial about Russia’s murder of Litvinenko in London in 2006, the Russian embassy in London responded with a classic whataboutism response. “Why not mind your British business thoroughly and ask why nobody has been until now held responsible for the British dead in the War in Iraq? The Chilcot Inquiry, by the way, equally lacks transparency. Is it because the establishment always knows better?…It is no minor matter that the wrong War in Iraq has led to an explosive mix of Islamic fanaticism and brains and guts of Iraqi Baathists and disbanded officer corps, which became a crucial factor in radicalization of British Muslims. The present migrant crisis in Calais and the Mediterranean has the same sources of flawed interventions and strategies in the Middle East and North Africa.”

5. Chernobyl is on fire, but what about nuclear accidents in the US?

According to the New York Times, the Soviets provided a classic example of whataboutism in 1986. After spending days denying or minimizing the Chernobyl nuclear meltdown and fire, the Soviet government finally admitted that there was an accident on TASS, the official Soviet news agency. The brief announcement was followed by a report about nuclear mishaps in the United States, like at Three Mile Island and Rochester.

6. Russian forces participated in the Crimea annexation, but what about Kosovo?

After the illegal referendum at gunpoint on 16 March 2016, Russian President Vladimir Putin addressed the Duma, equating Russia’s annexation of Crimea to Kosovo’s secession from Serbia, essentially endorsing the intervention in Kosovo. However, at the time of the Kosovo intervention in 2008, then Russian President Medvedev condemned it, saying that “Kosovo independence violates Serbia’s sovereignty, is a violation of international law.” Just seven months later, when Russia invaded Georgia in August 2008, Medvedev contradicts himself by using Kosovo as an excuse for invading Georgia, saying that the Georgian region of South Ossetia was a different type of Kosovo.

Kosovo was “bad” for Russia where there was a need to condemn the “hypocritical West,” but good when Russia needed to justify its invasions and occupation of sovereign countries.

By Alex Leonor, for Euromaidan Press

Alex Leonor is a contributor to Euromaidan Press. He is a graduate student studying political and military history. He is an avid consumer of Russian propaganda.