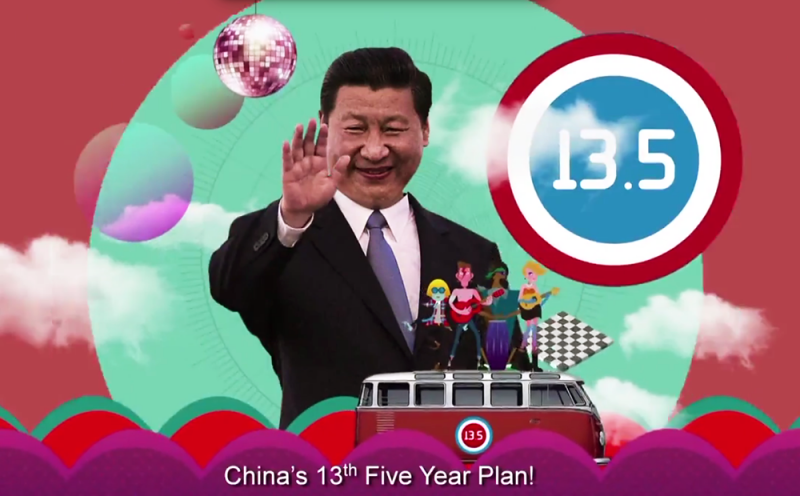 By Jimmy Wu, for Global Voices

At the 19th Congress of the Chinese Communist Party Chinese president Xi Jinping crystallized his power in China. His ideas are now reflected in China’s constitution.

For Xi, ideology is a major weapon in maintaining the legitimacy of the CCP. He has leveraged China’s online public sphere as a space for demonstrating and promoting party principles and ideals. All media outlets must plead loyalty to the CCP and more recently, even internet companies have been encouraged to establishes CCP participation among their employees.

The Publicity Department of the Communist Party of China plays a central role in this “ideological front” as it directs the country’s enormous propaganda machine which determines national policies on culture, art and education.

The majority of western media outlets refer to China’s ideological battle as “propaganda” but do not explain the complex bureaucracy that builds and maintains this ideological front. Hong Kong-based investigative journalism media The Initium recently published an in-depth report on the transformation of the CCP Publicity Department. Below is a partial translation of the Chinese report.

In 1924, when China was divided among former military cliques of the Beiyang Army, Kuomintang and other regional factions, CCP formed a political alliance to end warlordism. This led to the founding of the CCP Publicity Department, the role of which was to publish statements, propose slogans, make flyers, and explain the ideas of Chinese communism within the National Revolutionary Army and to ordinary people during the Northern expedition for China’s unification.

During the second Sino-Japanese War from 1937-1945, when the CCP’s Liberation Army established its communist base at Yan’an, former CCP leader Mao Zedong (in leadership position 1943-1976) made use of the first ideological mass movement, the Rectification Movement, to restructure the party newspaper and party magazines and ensure that all publicity work should serve CCP’s interest.

With this Mao established a principle of putting politics before journalism, what is now is referred to by historians as “Maoist Journalism”.

In order to control what news could be known by the public, the Publicity Department started issuing internal publications for party officials.

In addition to the duty of explaining and promoting the ideology of Chinese Communism, the department also monitored news opinions, censored publications and guided art creation.

The “Central Culture and Education Team” established in 1958 during the ideological struggle of anti-Rightist Movement was led by the head of Chinese Publicity Department. Apart from the education system, during Mao Zedong’s era, the department was headed by the secretary of the CCP central secretariat, a party decision-making and implementation body, and was in charge of sports, healthcare and other non-political work.

During Deng Xiaoping‘s reform era (1979-1987), the power of the Publicity Department was reduced as Deng encouraged a certain degree of media commercialization.

But in 1990s, following the 1989 crackdown on June 4 Tiananmen democratic movement, the Publicity Department came back to the political core. Its leader was a member of the standing committee of CCP’s Politburo.

1. Ideology. The department is in charge of the Theory Bureau and the Education Bureau. The two bureaus often publish articles on CCP theories and policies.

2. Culture and arts. The Publicity Department has become the curator of culture and art production. It leads the Ministry of Culture, the State Administration of Radio, Film, and Television (SARFT) together with other culture and arts-related official organizations such as China Federation of Literary and Art and China Writers Association.

4. International publicity. The department leads an International Communication Office which is responsible for interacting with foreign media and delivering the Chinese news and policy to the world.

The Publicity Department also invests in “foreign media” such as Nouvelles d’Europe (欧洲时报) and China Times (旺报) to report positively on China among overseas Chinese communities.

In China, all domestic newspapers, periodicals and publishing houses are either government or party affiliated and the Publicity Department can exercise direct supervising power.

The latest development is that the new director of SARFT Nie Chenxi is also the Vice Minister of the Publicity Department. Nie also heads the Cyberspace Administration of China and the Office of the CCP Central Leading Group for Cyberspaces Affairs. This implies that the administration of both conventional and new media answers to the Publicity Department.

The rapid growth of mobile internet and social media in recent years has allowed Chinese netizens to be more vocal in their opinions. How has the Publicity Department faced this new challenge?

Since 2012, the clampdown on online media has become the “new normal”. The newly established Cyberspace Administration Office has made use of its censorship power to make sure that the state and party-affiliated media outlets re-establish their leading role in influencing online public opinion.

In June 2017, a large number of entertainment sites on various social media platforms were banned overnight for violating socialist values. Some have millions of followers on WeChat.

The CCP publicity department is in control of censorship power and is capable of using the party’s resources to invest in domestic and overseas media outlets. Its tactics have evolved over time and adopted new technologies which made censorship and political interference more efficient and opaque.

By Jimmy Wu, for Global Voices