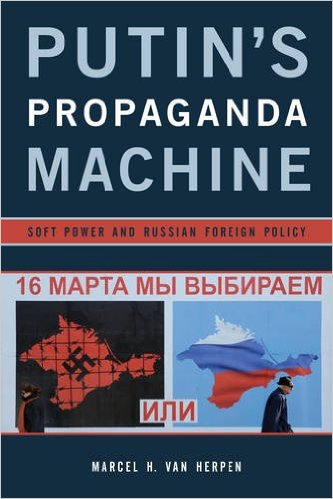 In July 2009, a few months after the inauguration of US President Barack Obama, a letter was published to the new American president in the Polish daily Gazeta Wyborcza. Signed by current and former heads of states and leading intellectuals from Central and Eastern Europe, the letter was meant to be a warning to the new American administration. Despite the success of the region’s rapprochement with the West, the authors felt there was still much work to be done. “20 years after the end of the Cold War,” the authors wrote, “we see that Central and Eastern Europe … is a part of the world that Americans have largely stopped worrying about.” They cautioned it was too premature to “assume that the region’s transatlantic orientation, as well as its stability and prosperity, would last forever.”

In a more ominous tone, the letter’s authors added that “Russia is back as a revisionist power, pursuing a 19th-century agenda with 21st-century tactics and methods … it uses overt and covert means of economic warfare, ranging from energy blockades and politically motivated investments to bribery and media manipulation, in order to advance its interests and to challenge the transatlantic orientation of Central and Eastern Europe.”

Back to business as usual?

Looking back over the past two years, it is clear that the authors were more right than they probably could have imagined in 2009. The Obama administration’s Reset Policy was doomed to fail and completely dead in the water after the illegal annexation of Crimea in 2014. The crisis in Ukraine, which included Russia’s support (directly and indirectly) for separatists in the east of the country, was another final nail in the policy’s coffin. Yet even as policy-makers in the West have finally come to understand the perspective of Central and Eastern European leaders who wrote that original warning in 2009, we are already seeing signs in Western Europe that there is a desire to return to “business as usual”. These include a letter from the president of the European Commission, Jean-Claude Junker, to Vladimir Putin in November 2015 outlining proposals for greater economic co-operation, as well as a proposal by Frank-Walter Steinmeier, the German foreign minister, to Cecilia Malmström, the EU’s trade commissioner. In his proposal, Steinmeier asked that the EU find ways to seek energy concessions to Moscow and “respond to Russia’s wishes and begin a closer exchange of views on energy and investment protection issues.” The terrorist attacks in Paris and the threat of ISIS have led many Western European countries to be more lenient in their policies towards Russia, while Italy and others are already questioning arguments about sustaining EU sanctions against Russia.

There is no doubt that some of the moves towards improving relations with Russia in the West are motivated by economic interests. However, some of the motivation is also ideological. In both cases the role of Russian propaganda and the information war being waged against the West are critical components. That is why Marcel H. Van Herpen’s new book Putin’s Propaganda Machine: Soft power and Russian foreign policy is a valuable resource when trying to understand the geopolitical developments between Russia and the West.

Van Herpen is currently the director of the Cicero Foundation, a Netherlands-based think tank which aims to discuss issues important to European integration. His latest book, published in 2016, can be viewed as a continuation of his previous ones, including Putinism: The Slow Rise of a Radical Right Regime in Russia (2013) and Putin’s Wars: The Rise of Russia’s New Imperialism (2014). We should have no illusions regarding Van Herpen’s views, so the reader is right to be a little sceptical when first picking up a copy of the book. However, after reading it, it is clear that Van Herpen’s research puts together a convincing picture to help the reader understand the lengths to which Russia is willing to go with its propaganda abroad. Some of the cases presented in the book read like investigative reports, chillingly putting the pieces together to show how tangled some parts of the West are becoming with Kremlin interests.

The real key to understanding Russia’s weaponisation of information (or misinformation) is its approach to soft power. As originally coined by Joseph S. Nye, soft power is related to the ability to attract through non-coercive means. This attractiveness emanates from a country’s culture, art, music, values, ideals and policies. The characteristic of soft power, Van Herpen explains, is that there “exists no resistance needing to be overcome”. What is more, soft power is not just about politics. It can be a Hollywood film, Coca-Cola, McDonalds or a German BMW. The Soviet Union also had a certain degree of soft power, as communist ideology was attractive to many in Western Europe and the developing world. However, since the fall of the Soviet Union and the “victory” of western liberal democracy over communism, this attraction had disappeared.

Putin’s famous, almost clichéd, assertion that the fall of the Soviet Union was the worst geopolitical disaster of the 20th century was a subtle recognition of the strength of soft power. After the Rose Revolution in 2003 and Orange Revolution in 2004, Kremlin strategists began fearing that the attractiveness of the West, in other words its soft power, was penetrating its own backyard. Not only could Russia lose its traditional sphere of influence, which is currently happening, but western ideas could eventually make their way inside Russia and threaten the ruling regime’s existence. This was when, as Van Herpen noted, the Kremlin realised that Russia itself was no longer attractive, and that if it wanted to survive it would need to find a way to use soft power to its own advantage.

However, the Kremlin’s mindset is significantly different to that in the West. This may sound like an obvious statement, but to truly understand the Kremlin’s approach to its relations with the world, we need to understand its perpetual belief that the world is a zero-sum game. Its approach to soft power in this case is no exception. For many in the Kremlin, the world is divisible; it is a black-and-white reality. The West’s soft power success was interpreted in Moscow as a direct result of policy aimed against Russia. Certain actors, such as NGOs, the media and spies, were considered to be agents, forcing western “values” on the region, and the only way to counteract was to respond in kind. Hence, Putin and the Kremlin, as Van Herpen argues, decided to undertake a soft-power offensive. This offensive was a “large-scale, centrally led and co-ordinated effort by the Russian state with the aim of creating the maximum possible impact”. In other words, it was a perversion of soft power, as its approach actually consisted of hard power. It became a weapon in the war against the West.

Propaganda with a 21st century feel

This perversion was manifested in many ways. In the realm of media, the international news channel RT (formerly Russia Today) is probably the most visible. Its production mimics 24 hour television news channels in the West, such as CNN or the BBC. However, unlike those channels, RT does not adhere to journalistic standards and ethics. It is a classic approach to propaganda with a 21st century feel. Yet the perversion of soft power does not end there. The Kremlin employs “lobbyists” in order to promote its image and interests abroad. In some cases this is by directly hiring lobbying firms, such was the case with Henry Kissinger, or by using “useful idiots”, who appear in the media to promote Kremlin arguments on a given situation or topic.

Van Herpen also notes the purchasing of foreign media, such as the case of France Soir by Alexander Pugachev, son of wealthy Russian oligarch Sergey Pugachev. Pugachev’s primary aim was to create a paper promoting both the Kremlin and the far-right in France. Ultimately, the project failed in 2012. However, the Kremlin has since decided to take a more direct approach by providing financing for far-right parties, such as Front National in France or the Eurosceptic Alternative for Germany (AfD). These investments are paying dividends; Front National took first place in the first round of the regional elections in December 2015 (though losing in the second round).

Another tool in the Kremlin’s soft power arsenal is the Orthodox church. Van Herpen points out that the Russian Orthodox Church is not independent and is closely linked to the Kremlin. The aim of church activities is to put a “spiritual” face on Russia’s foreign policy. This is especially evident when looking at the church’s activities in the United Nations Human Rights Council, where the Russian Orthodox Church repeatedly tries to link human rights with “traditional Orthodox” values and argues against the universality of human rights. In 2008, Moscow Patriarch Kirill outright criticised the behaviour of some countries (here we can read, “the West”) “who consider their own system of human rights implementation to be universal … they seek to impose their own standards on other nations or become the only judge in the matter of human rights.” The Russian Orthodox Church has also become an influential institution, especially in post-Soviet countries. The role the church played during the EuroMaidan Revolution in Ukraine illustrated its dependence on the Kremlin, pushing many Ukrainians away from it and towards the unrecognised Kyiv Patriarchate. The Russian Church also plays a significant role in Georgia, Belarus and Kazakhstan. These have significant impacts on people’s attitudes towards Russia and promotes, even if only indirectly, sympathy towards Putin’s neo-imperialistic ideology.

The role “soft power” has played in the 21st century is no more diminished than it was during the Cold War. In fact, with the rise of social media and new technologies, soft power’s role has actually increased in many ways. Information flow is instantaneous and works only when its power is spread organically. It is here where the Kremlin fails to see the true meaning behind soft power: it is a power of its own; it cannot be controlled or manipulated. It is not a weapon and it is not used in a zero-sum game. Despite all the manipulations, lies and propaganda, the power of ideas and attraction cannot be fully suppressed.

We can only hope that in the end, the Kremlin’s perversion of soft power fails. As Van Herpen writes, Russia’s efforts are “constrained by the reality on the ground … People may be duped by state-sponsored propaganda, but not indefinitely, no matter how cleverly packaged. Moscow’s manipulation of ‘soft power’ cannot circumvent the fact that the essence of soft power is its power of attraction.” If the Kremlin continues to act as an aggressive, revisionist power, bent on breaking international law and subjugating its neighbours, it may in the end have to learn the hard lesson of true soft power.

Adam Reichardt is the editor in chief of New Eastern Europe