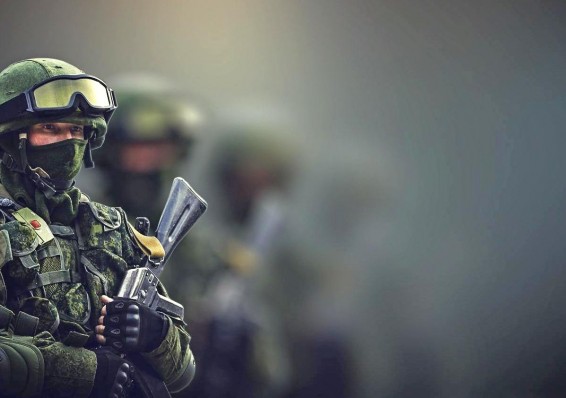 Viktor Denisenko, a Belarusian researcher at the University of Vilnius, says that a Russian hybrid war in Belarus could take one of two forms – “with Lukashenka” or “without Lukashenka” – but that in either case, Belarus would likely lose not only the conflict but its sovereignty as a country.

In a report to the Congress of Belarusian Researchers earlier this month, Denisenko noted the term “hybrid war” had been popularized by the US at the end of the 1990s and used with extraordinary effectiveness by Russia since that time.

Although the term “hybrid war” did not appear in the Russian-language Internet until 2009, in fact, Moscow had been practicing it for some time. In Denisenko’s view, “elements of hybrid war were in the the Soviet-Finnish war of 1939, the annexation of the Baltic countries by the USSR in 1940,” the invasion of Georgia in 2008, and the annexation of Crimea in 2014.

In all these conflicts, he pointed out, “Russia acted quickly, harshly, ignored international norms, and denied obvious events. Drawing on this practical experience,” he said, “one can conclude that at present, Russia is the most experienced country as far as the conduct of hybrid operations is concerned.”

Denisenko said that the best definition of hybrid war, at least from the Russian perspective, has been offered by Georgy Pocheptsov who described is “a model of war which seeks to conceal its military character and also the participation in it of governmental structures.” Thus, constantly changing disinformation becomes critical to its success.

With regard to Belarus, he argued, there are two possible variants. The first, which could be called “without Lukashenka,” would arise in a situation in which the current Belarusian president would have somehow left his post. Moscow would then declare any succeeding government “illegitimate” and seek to overthrow it by supporting pro-Russian forces within Belarus in the name of stability and the defense of its “compatriots.”

But the second variant of hybrid war would be one “with Lukashenka” still in place and the Kremlin deciding to removing him from office, first by spreading compromising materials about him and then by more active measures. In this case, Davidenko said, Moscow would talk about defending a fraternal people and ensuring stability as well.

In either case, Denisenko suggested, Belarus would likely lose and become either a Russian protectorate or be directly incorporated into the Russian Federation with the complete loss of its sovereignty. He said he does not see any possibility that Belarus could win if Moscow were intent on victory and can only hope that this situation does not arise.

While Denisenko does not discuss what might make that possible, the obvious answer would be a change in the position of the West which despite its differences with the Lukashenka regime would make clear that any move to destroy the Belarusian state would be opposed by the United States, the European Union and NATO.