“I have been a TV host for 30 years, and I have stopped [Russian word denoting the performance of oral sex]!”

This statement appeared in a leaked audio recording from a conversation between the producers of a programme for TV Zvezda, the official outlet of the Russian defence ministry.

The voice used the strong language to express frustration with being used for state propaganda purposes. It belonged to the Russian journalist Dmitriy Dibrov, who later confirmed the recording’s authenticity to TV Rain.

Was it just an accidental slip of the tongue? Or did the journalist in fact reveal what many of the Kremlin’s disinformation producers think about their job?

It is not the first time we see cracks in the façade of the Kremlin’s disinformation machinery.

Whistle blowers have previously described how editorial instructions trickle down from weekly meetings with the Kremlin top and into the daily work in the newsrooms.

A former cameraman at the state TV channel Rossiya 24 has told RFE/RL that employees are fully aware of the disinformation and say “your turn to lie” on the internal communication channels before switching over to a colleague.

The audio recording surfaced from the production of an episode of a TV Zvezda conspiracy theory-oriented series with the telling title Secret File.

The programme described the phenomenon of “colour revolutions,” but was apparently abandoned following protests from Mr Dibrov, the series’ host.

The story about the leaked recording was broadcast on the independent Russian TV channel, TV Rain (Dozhd).

It appeared in an episode of TV Rain’s programme titled Fake News, which investigates examples of disinformation appearing in pro-Kremlin media outlets. 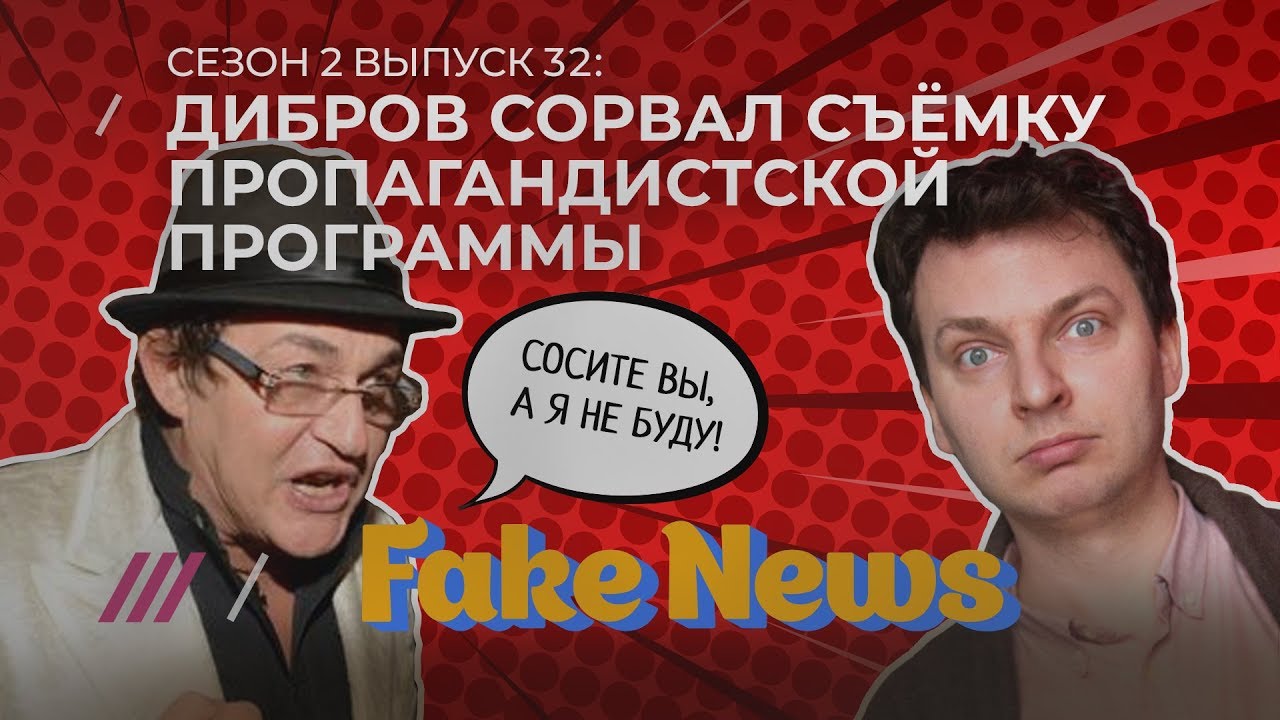 Here is how TV Rain presented its story about the leaked conversation. The headline says “Dibrov interrupted the recording of a propagandistic programme”. The text in the speech bubble says: “You can s***, I’m not gonna do it!” Image: TV Rain on YouTube.

Previously, the Fake News programme has e.g. exposed how the state-controlled TV channel NTV presented an interview with a paid actor in a current affairs programme as authentic.

Since a politically motivated crackdown in 2014, TV Rain has been removed from Russia’s cable networks and is now only available as an online TV outlet.