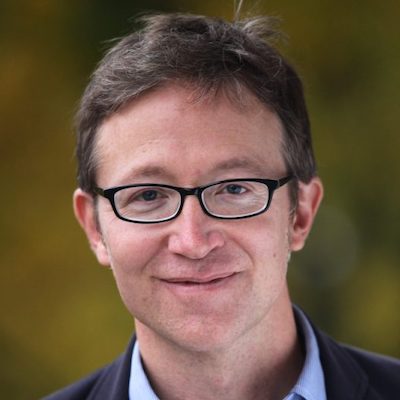 By Lucas Graves, for NiemanLab

“The facts unearthed by reporters and other watchdogs are a resource for public action, but they tend to make a real difference only when they are mobilized by political campaigns or social movements, or used to trigger institutional responses from regulators or the courts.”

If recent history is any guide, the U.S. presidential contest next year will bring a surge in political fact-checking — and, inevitably, a spate of pieces asking whether it matters or calling it a waste of effort.

Critics will point to politicians like Donald Trump and Boris Johnson, who gleefully ignore fact-checkers and repeat debunked claims without seeming to pay any price. They’ll cite abundant research showing that corrections are less effective in dislodging false beliefs tied to our partisan preferences, and that they may never reach the relevant audience in the first place. These critiques will only be sharpened by mounting fears about the influence of disinformation campaigns on Facebook and other social networks.

But here’s a more hopeful prediction: Amid all of the hand-wringing, 2020 will also see a smarter conversation taking shape about how facts and fact-checking matter in democratic politics.

Too often our expectations for fact-checking reflect what could be called the Scooby-Doo model of political accountability — for the moment at the end of every episode of that cartoon when the villain is unmasked (literally) and carted off to jail, usually muttering something about how he would’ve gotten away with it if it weren’t for “you meddling kids.” There’s no doubt or debate here: Once the facts come to light, the consequences follow automatically.

The same unrealistic assumptions come through in the neatly packaged histories we use affirm the democratic role of the Fourth Estate — for example, in the glossy version of the Watergate story, where dogged reporters expose wrongdoing, turn the nation against a corrupt president, and unleash a wave of legislative reforms. There’s some truth in this kind of myth-making, but it erases the crucial part played by other institutions (like Congress and the Justice Department), overlooks how slowly public opinion shifted, and most of all makes the outcome seem like a foregone conclusion.

Our idealized notion of how facts should work in politics is rooted at least partly in the “folk theory” of democracy you probably learned in civics class — the one with the highly attentive citizens who evaluate all the information they glean from the news, form reasoned opinions based on them, and render their judgments on Election Day. Under this ideal, the key problem in politics is always to provide the right information; when outcomes don’t match our expectations, the problem must be that voters are misinformed. (In fact, the best evidence suggests that so-called “fake news” has limited reach and limited effects, and did not play the decisive role often attributed to it in recent elections.)

This isn’t to say that efforts by fact-checkers and other journalists to nail down the facts don’t matter — on the contrary, they’re vital. But accurate information rarely settles political questions on its own. The facts unearthed by reporters and other watchdogs are a resource for public action, but they tend to make a real difference only when they are mobilized by political campaigns or social movements, or used to trigger institutional responses from regulators or the courts.

Fact-checkers know better than anyone that publishing is only the first step in an incremental process that, in the best cases, can help push political discourse onto firmer ground. They partner with major media outlets, and with platforms like Facebook, to reach the biggest audience they can. Many also work with media literacy campaigns to educate young people about online misinformation, or with academic researchers to test the best methods for correcting false beliefs. Some fact-checkers have tried to move beyond what they call the “publish and pray” model, for instance, by actively seeking corrections from politicians and news organizations, or by working with public agencies to promote better handling of official statistics.

It goes without saying that none of these efforts will “solve” the problem of political lying and misinformation. But by rejecting reductive debates about whether fact-checking “works” or not, we’ll take an important step toward understanding what kinds of measures actually can help to promote fact-based discourse — and affirm the value of fact-checking as an institution dedicated to that goal.

By Lucas Graves, for NiemanLab

Lucas Graves is an assistant professor at the School of Journalism and Mass Communication at the University of Wisconsin.