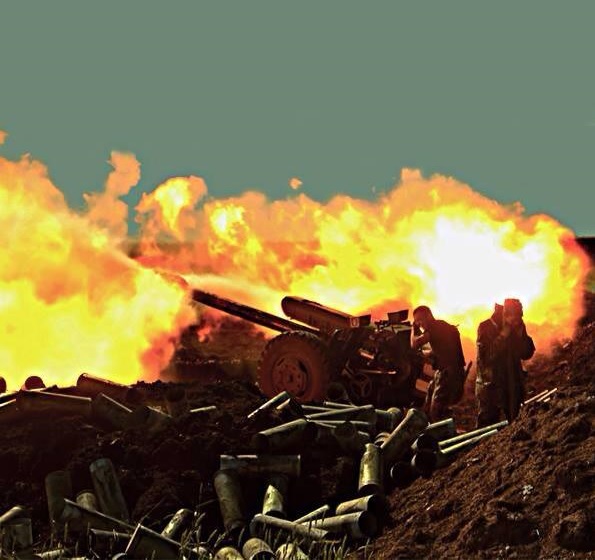 During World War II enemy aircrafts dumped propaganda leaflets on the cities, writes Sergei Didkovskiy in his article for Ain.ua. The leaflets appealed: “Defect.” And thereafter, they were describing the benefits of switching over to the enemies’ side.

The leaflets were scattered by both sides – the allies and the “evil”.

Even before that the military opponents of Vlad Dracula printed (on what they could then print on) chunks of a fake information against him. Some leaflets were saying that Dracula was a vampire, a tyrant, a monster and doesn’t deserve to live. Leaflets were handed to the subjects of Dracula.

Agitation campaign is the necessity of every military action. It has two objectives: to encourage and to suppress.

Enthusiasm is necessary to give sense in participation in military operations or military logistical assistance in the rear. For example, the entire animated cartoon film industry in the United States during World War II worked for the U.S. army.

Bugs Bunny went to the war with a terrible caricature of Hitler. And beat him with his wit, exterminating animated absurdity of unprepossessing Fuhrer. As a result, the consumers of such an agitation felt confident in their victory over the Third Reich.

The idea, denounced through humor, was: “The enemy is not as scary as it seems.”

The essence of propaganda is in inspiring their supporters and suppressing opponents.

There are two types of a campaign for suppressing the enemy.

There are two types of overwhelming propaganda. First – it is giving the enemy negative traits. For example, Russia describes Ukrainians in the following terms: “fascists”, “junta”, “Bandera”, “murderer”. Each word has negative emotional coloring. They are quoted in key media cites designed to agitate against Ukraine.

Ukrainian army and the Ukrainian government should be arrogated to all of the most heinous crimes, which can be compared to crimes during World War II. This is done in order to draw a parallel between the Ukrainians and “fascists” and “Satanists”. We all remember from the recent events the story of “crucified boy” on “Channel One”. This is one proof. This campaign is also working towards the accumulation of its population against the Ukrainians. Crucifixion – is the archetypal symbol, understandable for Orthodox Russia. Message is that horrible pagans and Nazis crucified the Savior.

At the same time, terrorists and separatists in the east are called the euphonious word “militia”, thereby giving them a certain nobility traits expressed in the struggle for the right of sovereignty from the enemy entrenched in Kyiv.

The second type of overwhelming propaganda – is broadcasting the message of the imminent defeat of the enemy army. For example, Russia through a third party sends information about significant electoral and military support of the separatists (their words, the “militia”) in the East and South of Ukraine. At the same time describing the low combat readiness of the Ukrainian army, and, on the contrary, the Russian army which significantly exceeding the Ukrainian one.

How to recognize the enemy fake information release (in the context of war it doesn’t matter where the enemy propaganda is placed: in the media or a blog):

1. Identify media (website, newspaper, magazine, TV channel) according to their linguistic parameters. Use of such words in articles or combinations of the words like “militia”, “army DNR” and “Army LNR”, and others, gives separatists and terrorists official status in the East of Ukraine.

2. Identify what these bloggers and users of social networks do, if their messages are harmful to the Ukrainian army and the Ukrainian state as a whole.

3. Identify media who publishes one-sided articles, which are praising Russia and despising Ukraine. In terms of military action any propaganda working on the enemy, should be banned and blocked.

5. Identify publication of confidential information (real one, not the one to mislead the enemy) about the tactical and strategic actions of the Ukrainian army.

If we are talking about a post in a social network that meets the same criteria, the rules are very simple:

4. Do not watch Russian TV channels and websites.