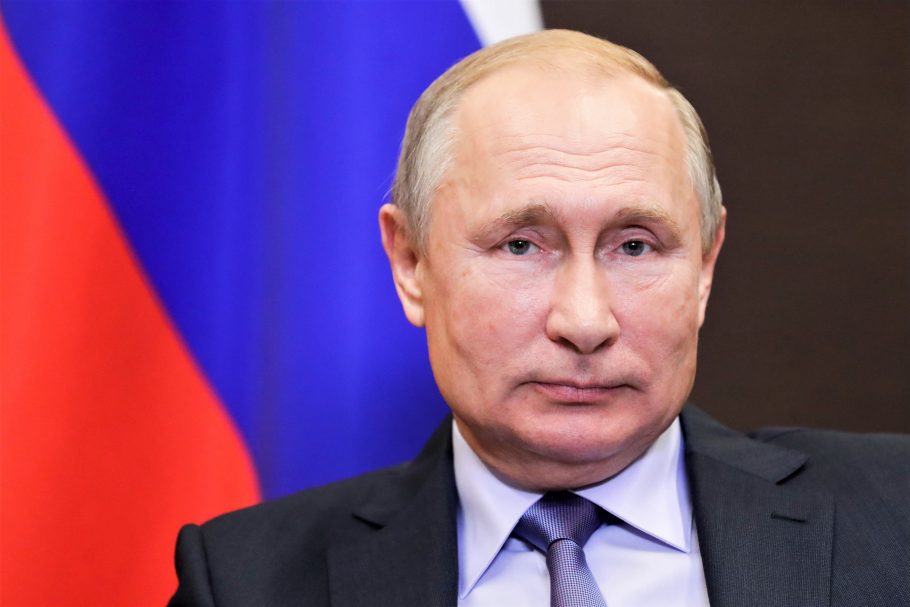 Against the backdrop of the Coronavirus pandemic, Russian President Vladimir Putin cancelled a largely symbolic nationwide referendum on his constitutional amendments, including the ‘nullification’ of the presidential term.

But Viktor Shenderovich – a Russian journalist and playwright – believes that Putin’s motive in doing this has nothing to do with his sense of responsibility for people’s lives.

Shenderovich puts forward two possible explanations for Putin’s behaviour. First, the President may simply not gain the necessary turnout and percentage of approval required on 22 April to cement his power and socially legitimise his amendments. Secondly, the act of coercing votes can only aggravate popular discontent.

According to the latest Levada Centre poll, only a third of Russians would vote on the constitutional amendments and less than half of them would support them. Allowing Putin to be elected for another two terms after 2024 was approved by 48% of the survey’s respondents, with 47% disapproving. Thus, it is no longer possible to talk about a ‘Putin majority’ and it is obvious that at least half of the respondents did not want to see Putin in this post for another 16 years.

The fact that the ‘nullification’ – presented to the public as a ‘spontaneous’ proposal when it had, in reality, been prepared by the Kremlin in advance – would be put to the public vote did not help to raise Putin’s ratings.

At the end of February, the Centre for Political Conjuncture (an organisation loyal to the Kremlin) published a report listing the main fears Russians have – which it claimed included the intensification of the struggle for power between various political groups; a new redistribution of property; a reduction of the state’s social obligations; the loss of Russia’s authority in the world; the threat of foreign policy defeats; and the loss of continuity of power.

According to the report, people fear disorder and a loss of stability, with some participants commenting that there is no one to lead the country except Putin. The fear of inter-ethnic conflicts and separatism follow, along with the worsening economic situation and a war with NATO.

Afraid of a Putin Present

There is no reason to believe that this report reflects the true mood of Russians. But, it can be stated with confidence that it repeats the very fears that Russian propaganda has been trying to instill in the population for many years.

Even five years ago, I noted that the basis of propaganda myths is the fear of revolution, famine, chaos, devastation and war and that Putin is positioned as the only means of salvation from these threats. With the Coronavirus, the Kremlin has again played on the fear of death, comparing the current reality with a future catastrophe colorfully created by television.

This tactic has been quite effective. However, in recent years, it seems to have stopped working.

Opinion polls from independent think tanks show that the population’s main fear is shifting from a fear of change and revolution to a fear of disease, the arbitrariness of the authorities and a possible world war – the fear of the consequences of Putin’s rule, not the mythical consequences of his departure. This is precisely what the 2019 survey conducted by the Levada Centre indicates.

The state of medicine, the arbitrariness of the security forces and aggressive foreign policy that constantly raises the degree of confrontation with the West are the realities of modern Russia – rather than the idea of an ‘impending catastrophe’ which was so popular just a few years ago. Simply put, Russians have become more afraid of Putin’s present than of the unknown future.

Against the backdrop of the Coronavirus pandemic, this fear of the present has intensified even more, evolving into the very fear of death upon which the Kremlin formerly relied. Thus, any actions of Putin that could lead to an increase in the number of infections – such as holding a nationwide referendum – threaten to turn this ‘most important fear’ against him.

Even the cult of the USSR, which was promoted by propaganda to legitimise Putin’s power and mobilise the population, no longer fulfills its original task.

One of the latest opinion polls devoted to the analysis of the reasons for the high level of nostalgia for the Soviet Union is quite interesting. As it turns out, the myth of socio-economic wellbeing, stability and social justice in the USSR prevails in the minds of nostalgic people. As the subjective reasons for their desire to return to the past, the respondents cited the need for participation in a “great power”, the negative consequences of the destruction of the united economic system and the loss of the sense of cohesion and trust that they associated with Soviet society.

Another blow to propaganda has been the reduction in the percentage of people trusting Russian television from 79% to 52%. As if sensing a change in public sentiment, the Kremlin is betting on repressive methods – primarily the National Guard of Russia, the legitimisation of which is also included in its propaganda efforts.

It seems that the Russian population no longer believes in illusory constructions and now most fears a shift from the realm of myths to an unattractive reality.