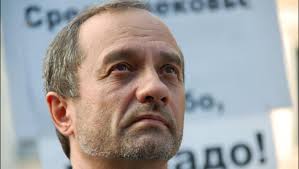 By  Rights in Russia

It was decided to reply like for like. If you make us wear a label, then we’ll do the same to you; if you punish Russia Today and its propagandists we shall also punish journalists from Radio Liberty. If you close our offices, we shall do likewise.

The State’s countless propagandists – the Zakharovs, Simonyans and Pushkovs – were so carried away with the idea of these tit-for-tat measures that they failed to grasp that the American authorities not only have grounds for what they are doing: they are also acting within the law. We are just saying “two can play at that game”.

The concept of a “foreign agent” with regard to the media does not exist in Russian legislation. It applies to NGOs, but not to the radio or television.

By  Rights in Russia