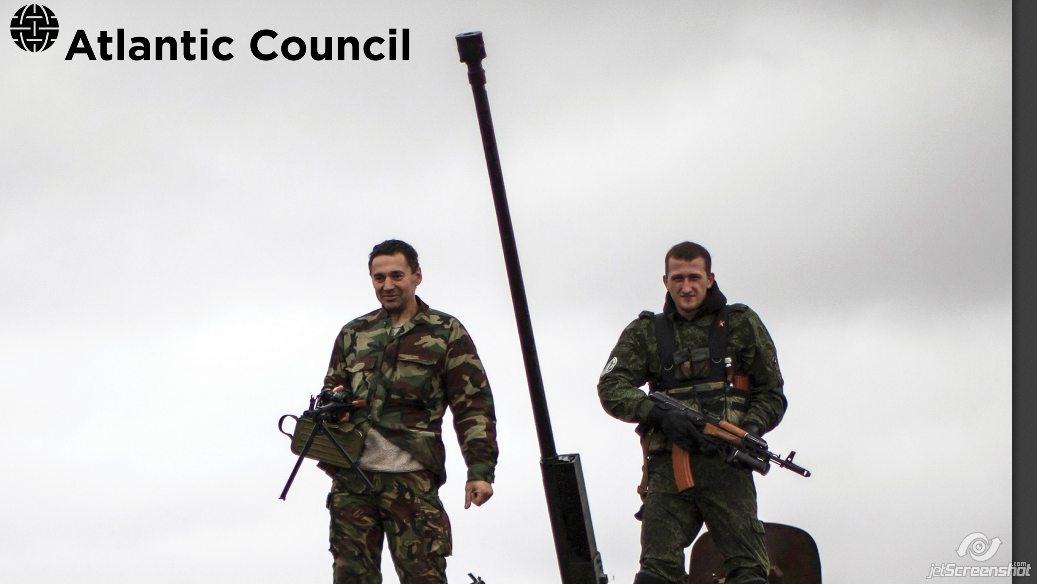 An unusual investigation using publicly available videos, smartphone photographs and satellite images shows that Russia is continuing to defy the West by conducting protracted military operations inside Ukraine, according to an independent report.

Russia has long dismissed Western allegations that its military has intervened in Ukraine as little more than computer-generated propaganda.

In an attempt to puncture the Russian denials, independent experts have operated like digital Sherlock Holmeses, using Google’s Street View, YouTube, Instagram, Twitter, satellite photographs and Russia’s version of Facebook, including social media updates by Russian soldiers. That research was then supplemented by more traditional sources like court documents and local media reports.

“Independent researchers, using open sources and rigorous methodology, have demonstrated that Russian troops and Russian weapons have been an important part of the fight in Ukraine’s east,” said John E. Herbst, a former American ambassador to Ukraine and one of the authors of the report, Hiding in Plain Sight: Putin’s War in Ukraine, which is to be released Thursday by the Atlantic Council, a Washington-based research center.

While the most recent photograph analyzed in the Atlantic Council report was taken in February, Jens Stoltenberg, NATO’s secretary general, said in an interview in Washington on Wednesday that there was ample evidence that Russia still had forces in Ukraine and was sending arms to separatists there.

The report comes as European nations are preparing to vote next month on whether to ease or maintain economic sanctions on Russia because of its role in Ukraine.

“The way Russian propaganda works, it makes it seem you can’t possibly know the truth,” said Eliot Higgins, a British-based researcher who founded the investigative website Bellingcat.com and led the effort to analyze the imagery for the Atlantic Council report. “If you try to counter it by doing the same thing, you are just adding to the noise. But you can get to the truth by pointing to the open source data and what’s publicly available.”

Analyzing photographs of large craters in Ukraine and videos of rocket launches on nearby Russian territory, the Atlantic Council report concludes that Russian units have fired across the Ukrainian border. The report finds that craters near the Ukrainian town Panchenkove were the result of Russian multiple rocket fire near Gukovo, Russia, and from a separate site in eastern Ukraine.

“Four videos containing geotags filmed in different locations in and around Gukovo showed the launch of rockets,” the report said. “Cross-border attacks served as cover for a renewed military incursion in the summer of 2014.” Geotags can show where images and videos were created.

Drawing on satellite photographs and social media posts by Russian soldiers, the report shows the network of Russian military camps that have sprouted near the Ukrainian border and have been used to send Russian weapons and troops into eastern Ukraine. The camps, the report notes, are in plain view to “anyone with access to Google Earth or Google Maps.”

Using YouTube video, the report tracked the movement of Russian convoys, including armored vehicles and self-propelled artillery. In one case, the report notes, a Russian military convoy was filmed moving in August through Staraya Stanitsa, Russia. In February, a YouTube channel associated with Russian-backed Ukrainian separatists showed an armored vehicle from the same convoy in Ukraine.

American officials have at times used photographs to buttress their claims of Russian intervention. When Secretary of State John Kerry met with President Vladimir V. Putin in Sochi, Russia, this month, Mr. Kerry showed him photographs of Russian air defenses and other weapons in eastern Ukraine to try to persuade him that the United States had clear evidence of Russia’s military role, Western officials said.

But the photographs Mr. Kerry showed Mr. Putin have not been made public. Russian officials, who have repeatedly portrayed Ukraine’s new government as the main obstacle to a political settlement, have dismissed NATO’s public evidence as misinformation.

Mr. Stoltenberg declined to say how many Russian troops were in Ukraine or positioned near its border. But one Western official, who asked not to be identified because he was discussing intelligence reports, said Russia had moved about nine battalion tactical groups close to its border with Ukraine, and that as many as five additional battalions could be sent there in coming weeks. The number of troops in such units can vary, but a battalion could have about 1,000 troops, creating a potential force of well over 10,000 Russian troops in Ukraine by this summer.

It is unclear if Russia is preparing for a major offensive to help Ukrainian separatists seize more territory or if it is trying to put pressure on the Ukrainian government to make more constitutional concessions. Either way, the moves by Russia’s military are a violation of the peace agreement that was negotiated in Minsk, Belarus, in February, which called for the removal of foreign troops, the pulling back of heavy weapons and the disbanding of “illegal groups.”

Vice President Joseph R. Biden Jr. said in a speech on Wednesday that the conflict over Ukraine is “a test for the West,” and that “President Putin is wagering that he has greater staying power.”

By The New York Times