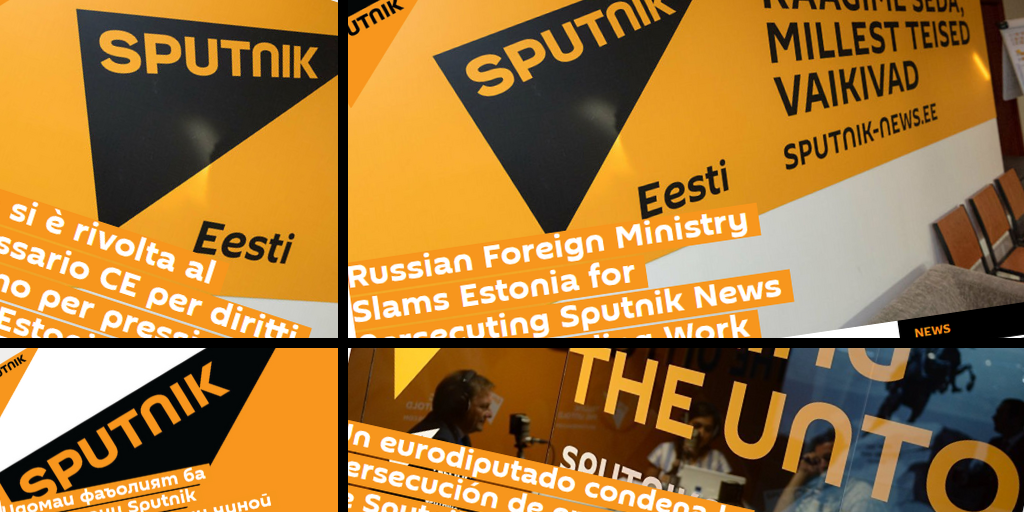 The pro-Kremlin media has launched an aggressive campaign against Estonia, since the Russian state information bureau Sputnik ran into problems for failing to pay the rent for its office. “Sputnik is the victim of an unprecedented persecution“, “Estonia oppresses Russian media“. The Sputnik editor-in-Chief Margarita Simonyan has called on the Estonian President Kersti Kaljulaid “to prevent the arrest of Sputnik Estonia employees“. Sputnik is quoting Iranian, Serbian, Polish and Spanish pundits, condemning Estonia’s “shocking attempts to terrorize [journalists] as citizens.”

Russia’s Ministry of Foreign Affairs has issued a strong statement against Estonia’s actions against Sputnik’s office in Tallinn:

It is bewildering that such severe measures against the media are taken in countries that include themselves among European democracies, and they are doing this under the banner of democracy.

Even Vladimir Putin commented on the issue during his annual marathon press briefing in Moscow, promising the Russia will do everything to support Sputnik’s work abroad.

So what is going on? Well, to begin with, Estonia is ranking 11th on Reporters Without Borders’ Press Freedom Index, so the accusations against Estonia is entirely groundless. The current situation has emerged as Sputnik Estonia is not paying the rent for its office. In October 2019, Estonia-based branches of the foreign banks that operated the accounts of Rossiya Segodnya, the mother company of Sputnik, froze all its transfers, while other banks in Estonia refused to operate with the firm. This is the result of the sanctions imposed by the European Union on Dmitry Kiselyov, the director general of Rossiya Segodnya, following the outbreak of the Ukraine crisis. Mr. Kiselyov is one of the 170 individuals and 44 entities, subject to an asset freeze and travel ban.

The Estonian authorities view any connection with Sputnik as a violation of the sanctions’ regime against Mr. Kiselyov. Madis Reimand, the head of the Estonian Financial Intelligence Unit of the Border Guard is quoted in Estonian media, saying:

The Financial Intelligence Unit notified people who have a contract with Rossiya Segodnya that such constraints are in place for Dmitri Kisselyov and Rossya Segodnya. In the letter we also explained that violation of the international financial sanctions is a criminal act.

Several international banks have taken similar actions against Rossiya Segodnya in line with the EU sanctions regime, introduced after Russia’s illegal annexation of Ukrainian Crimea in 2014.

Obviously the sanctions are painful for Russia. It is hampering its economy, impeding growth, and – in this case – creating problems for the dissemination of Kremlin propaganda in Estonia. And paying office rent.