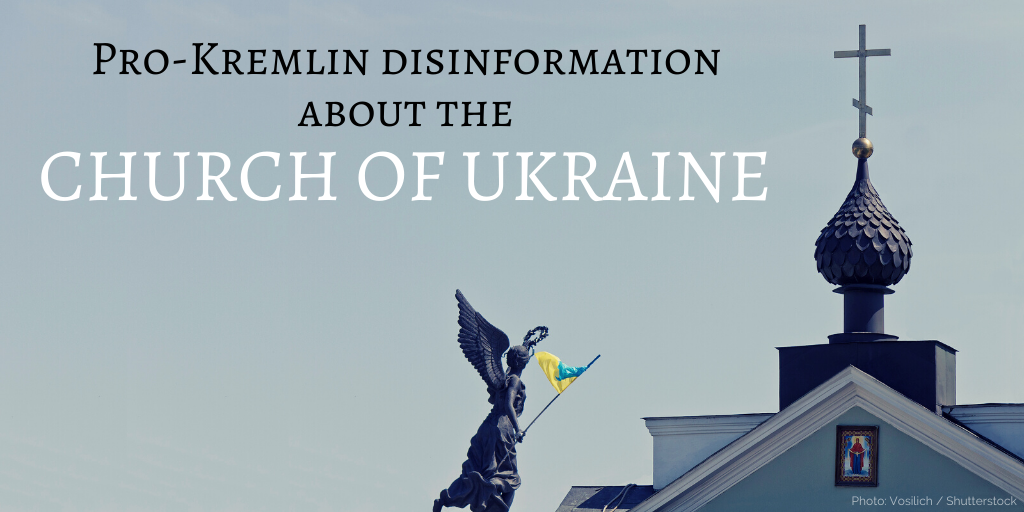 Moscow-based South Front is generally publishing content on military issues, but among maps of Syria and praises of Russian air-defence system, one finds numerous articles, fiercely attacking the Orthodox Church of Ukraine. Since Ukraine’s independence in 1991, Ukraine has had three different orthodox congregations. One of them – subordinated to the Moscow Patriarchy.

In January 2019 Ukraine, on the initiative of President Poroshenko, united two of the churches; a new church was established: an autocephalous Orthodox Church of Ukraine.

Autocephaly, “self-headed”, is a key concept in Orthodox Christianity. Unlike in Catholicism, but similar to Protestantism, orthodox churches are independent, autocephalous, generally reflecting the states where they are present. More on the concept of autocephaly in the Orthodox Christendom here.

During Soviet times, the Moscow Patriarchy had a complicated position. Since 1917, priests, monks, churchgoers were killed or jailed; churches were destroyed, valuables were seized and sold. Large numbers of Russians fled abroad and established congregations outside Soviet Russia.

During World War Two, Stalin employed Russian nationalism as a tool to strengthen the morals of the people, and this gave the Church a new function in the Soviet society: The Church became an instrument of the Kremlin. Many sources describe how the Moscow Patriarchy was infiltrated by the KGB to keep the Church docile and obedient. Russian believers, priests and monks took part in the dissident movement, but the Patriarchy never challenged the Soviet system. 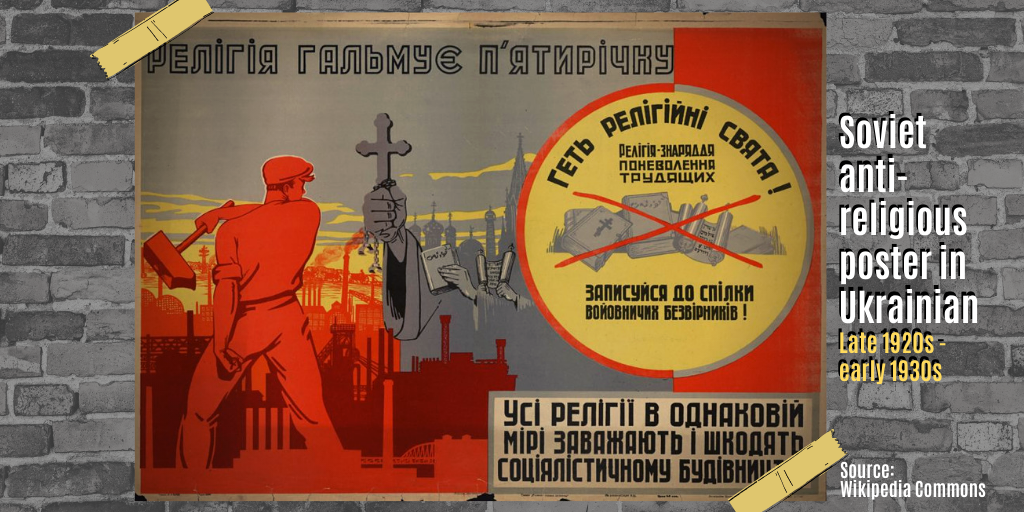 The Church continued to demonstrate loyalty towards the regime after the demise of the USSR. The Church sided with Boris Yeltsin during his stand-off with the Russian Parliament in 1993; it demonstrated solidarity with him at the time of the first Chechen war. After the break-up of the Soviet System, many Russians became strongly interested in exploring spiritual matters. Many turned to the Orthodox Church, but others sought spiritual guidance in other congregations, Evangelists, New-Age, Paganism, Occultism and totalitarian sects. Boris Yeltsin introduced legislation, enshrining the Russian Orthodox Church as Russia’s preeminent religion and granted funding for restoration of Orthodox temples, like the Church of the Saviour – a cathedral destroyed in the 30’s by Stalin.

The Russian state puts a lot of effort into reaching out to Russian Diasporas abroad. A special agency, Rossotrudnichestvo, is established for this job. The Orthodox Church is, of course, an attractive channel for reaching out Russians, living in foreign countries.

When Ukraine is establishing its own national church; this challenges Kremlin’s ability to reach out through the church. The conflict on the church is not on dogma, not on theology or doctrine; it is not on any issues like the approach towards abortion or same-sex marriage. It is all about the organisational issue: should the Orthodox Church in Ukraine have its headquarters in Moscow or Kyiv?

The Kremlin has the answer to this question. The Russian Minister of Foreign Affairs, Sergei Lavrov, has repeatedly called the Orthodox Church of Ukraine a “US provocation“; a “frontal attack on Orthodoxy“. According to him, the US is pressuring Orthodox churches around the world – so far without success – into recognising the Orthodox Church of Ukraine. Moscow based foreign policy magazine Russia in Global Politics describes the autocephaly as not only an attack on Russia’s influence abroad but as an attack by “Cultural Marxists” on the harmony of the Orthodox society:

But underlying this geopolitical aspect is another, darker motive: to inflict on Ukraine and indeed all Orthodoxy the social, especially sexual, pathologies that have wrought havoc in Western societies. As an ideological imperative built on Cultural Marxist dichotomies of oppressor and victim classes (according to sex, race, language, religion, etc.) this effort to transform all human society supplies a missionary zeal no less relevant to American officials’ and their fellow travellers’ efforts than their aspirations of global political dominion.

The Church as a Battlefield

Pro-Kremlin media describe the autocephaly as a CIA operation; it’s an attempt to force LGTB policies on Ukraine; it’s the work of Antichrist (i.e. George Soros); the Patriarch of Constantinople, who supports the autocephaly, is a tool of the neoliberal globalists. Even the English language Wikipedia article on the Orthodox Church of Ukraine has been targeted. The church was branded “schismatic”. 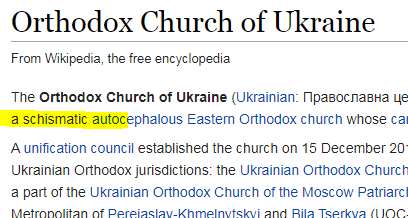 It is clear that the Kremlin views the autocephaly of the Orthodox Church of Ukraine as an act of aggression against Russia’s interests, and the Moscow Patriarchy follows the line. A statement by Patriarch Kirill, the head of the Russian Orthodox Church, mirrors a recurring pro-Kremlin disinformation narrative about Ukraine and Ukrainian statehood, claiming Ukraine as a part of an all-Russian nation:

Any time when the question of the unity of our people, of the unity of Rus – Great Russia, Malorussia, White Russia – the Church and her principal position have been outlining the future. That is why the main attack from the outside, from those who want to divide our people, has been aimed at the Church. All these “Brest Unions” all these “autocephalies” during the German occupation demonstrate that the enemies of Rus understand the role of the unity of the Russian Orthodox Church.

The Kremlin has turned the Orthodox Christianity into a battlefield.