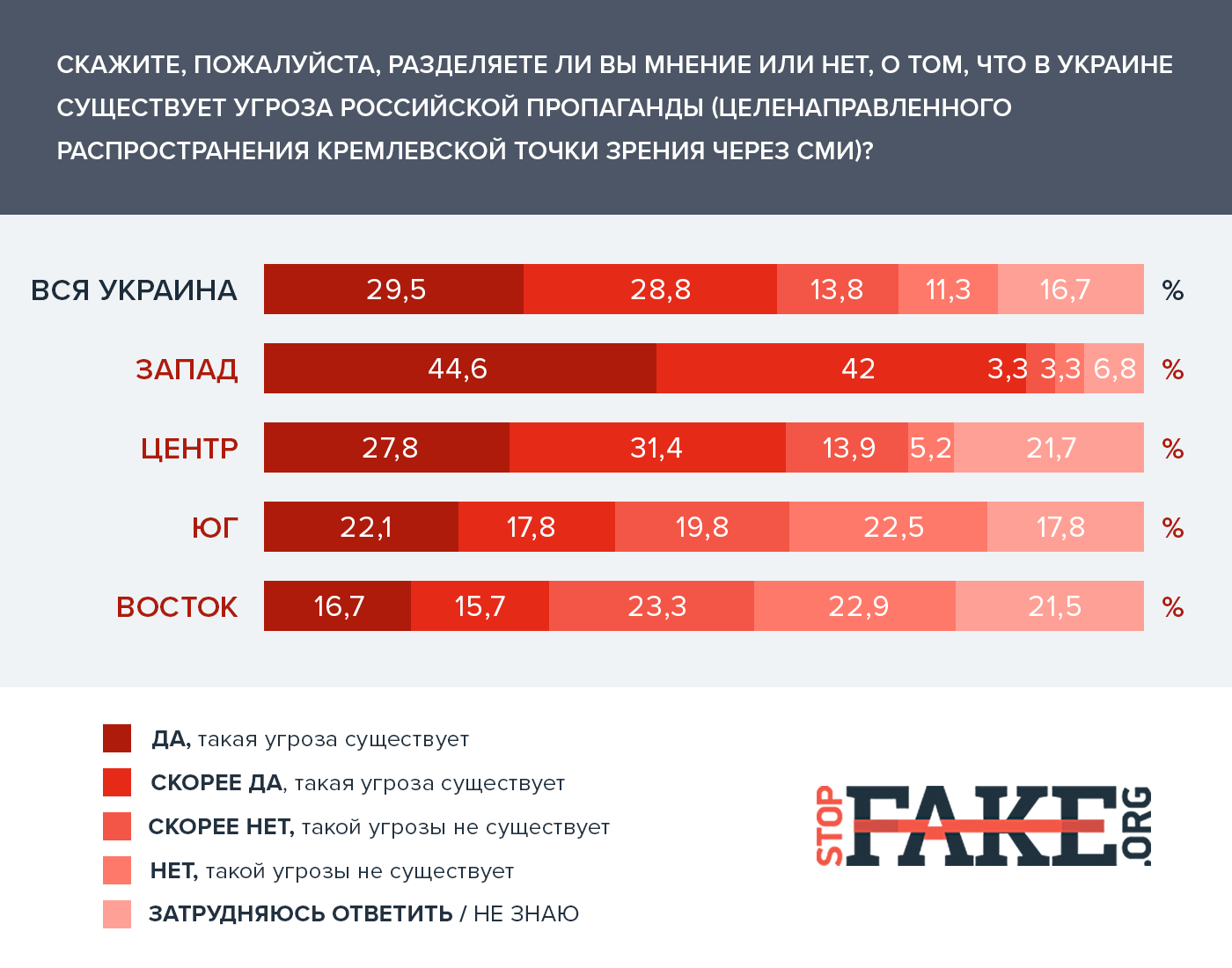 The research goal of the StopFake project was to find out the level of awareness and attitude of Ukrainian citizens regarding the problems of disinformation, informational manipulations and propaganda in the media.

Research consisted of two parts: representative opinion poll and focus group discussions. The reason for this type of research design was the need to determine general tendencies in attitudes and opinions of the population towards the problems defined, on the one hand, as well as to find out the specifics of perception of these problems by Ukrainian citizens, on the other hand. Thus, the national opinion poll helped us to acquire a sociological snapshot regarding the attitudes and assessments concerning the disinformation and propaganda problem, while focus group discussions helped to explore the perception of information by citizens, the specifics of their informational consumption, as well as their trust towards the media.

The survey was conducted by Kyiv International Institute of Sociology at the request of the StopFake project, with financial support from the British Embassy in Ukraine, in February-March, 2017. The field stage of the opinion poll took place from February 10 to 20, 2017. The poll was conducted in 110 settlements (PSU) in all regions of Ukraine, except for the Autonomous Republic of Crimea. In Donetsk and Luhansk regions the poll was conducted only on territories controlled by Ukraine. As a result of the field stage, 1020 questionnaires were collected.

Two focus groups were held in the Donetsk region (in the towns of Kramatorsk and Bakhmut). These towns were selected for focus groups because of the unique susceptibility of the regional population in the context of informational influence. In total, 19 respondents participated in the discussion, 50/50 men and women, aged 18-65, of various educational levels, various professions and employment status.

“Ukrainians Are a Burden for Everyone”. Russian Disinformation About Ukrainian Refugees on Social Media