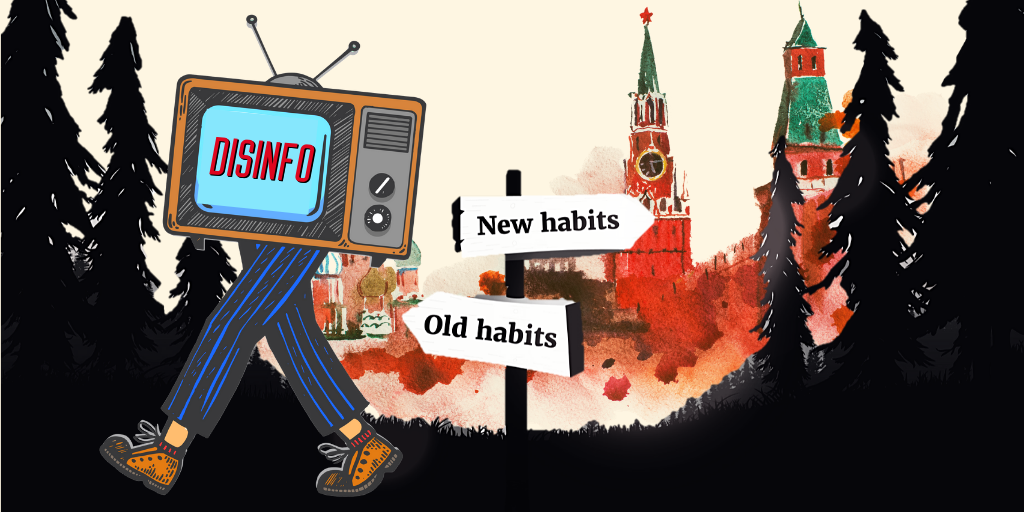 As the world cautiously begins to adjust to the new realities of post-quarantine life, the pro-Kremlin media is adjusting as well – and returning to familiar territory.

That’s not to say that we’ve seen the last of coronavirus-related disinformation – far from it. COVID-19 will continue to affect life around the world for the foreseeable future, with a potential second wave anticipated in the coming months. Scientists are still racing to find a viable cure. In this context, don’t expect to see mis- or disinformation about the coronavirus disappear – it will simply fade into the background and become yet another persistent bug in our information landscape, like climate change denialism and anti-migrant fearmongering. If past is any indication, the pro-Kremlin media will continue opportunistically exploiting conspiracy theories and other disinformation narratives around COVID-19, undermining the EU, attacking the US or “Western elites”, or fomenting public fear and distrust. Other disinformation cases this week foreshadow which narratives are likely to endure in the months ahead: namely George Soros and Bill Gates anti-vax conspiracy theories, claims that non-capitalist countries are better able to handle crises, and nonsensical obfuscation like that “Western elites” or a global “Deep State” are behind the pandemic, or that COVID-19 is a US bioweapon. Attacking Western media that report critically on the Kremlin’s handling of the pandemic is also a tactic that will likely persist.

But this week pro-Kremlin disinformation also returned to one of its favourite punching bags: Ukraine. Besides regurgitating old tropes – like that Euromaidan was an “ultranationalist pro-Western coup”, that Crimea was not annexed, and that the EU is exploiting Ukraine – pro-Kremlin outlets also got newly creative in their attacks against the country that is still facing conflict six years after the illegal annexation of Crimea. Latching on to an OSCE report from May 9th that recorded the injury of four children in eastern Ukraine – but didn’t ascribe responsibility to any party – the pro-Kremlin media took attribution into its own hands and accused the Ukrainian army of deliberately firing at children. Ukrainian soldiers were also baselessly accused of raping an American photojournalist in Donbas. Other cases sought to undermine the credibility of the Ukrainian government and President Zelenskyy, suggesting that Ukraine is planning to attack Donbas and sabotage peace talks, that hunger riots are breaking out in the country, and that migrant workers are being driven to Donbas in order to get them back to Europe. And a recurring narrative remains that Ukraine is a puppet of the US, which is trying to gain control of Crimea and control political appointments in Ukraine. The CIA is in on it too, of course: ordering Zelenskyy to extend sanctions and even block access to Russian social networks (in fact, this decision was made by Ukraine’s National Security Council, for pretty understandable reasons).

With May 9th being Victory Day – one of Russia’s most prized national holidays, marking the surrender of Nazi Germany and Soviet takeover of Berlin – the attacks on Ukraine and other “Russophobic” countries were seamlessly blended with another pro-Kremlin disinformation specialty: historical revisionism. Ukraine was accused of suppressing Victory Day celebrations in a “Russophobic” attack on historical memory, national “devaluation”, and disrespect of veterans. Poland and the Baltics were charged with seeking to minimise the USSR’s victory over Nazism (as was the Western media writ large). Meanwhile, the Belarusian opposition allegedly tried to disrupt the Victory Day parade with funding from the US State Department. On the topic of World War II, pro-Kremlin outlets are stubbornly sticking to the classic deflection tactic of disinformation: “accuse others of what they accuse you”. And so it turns out that the West is supposedly guilty of historical revisionism and abdication of truth by drawing attention to the Molotov-Ribbentrop Pact. That Pact, in case anyone needs reminding, divided Europe into Nazi and Soviet spheres of influences and paved the way for five decades of communist totalitarian rule throughout eastern Europe. If only the Kremlin could acknowledge – even once! – the untold pain and suffering wrought by that disastrous pact and its secret protocols. Unfortunately, history has taught us not to hold our breath.