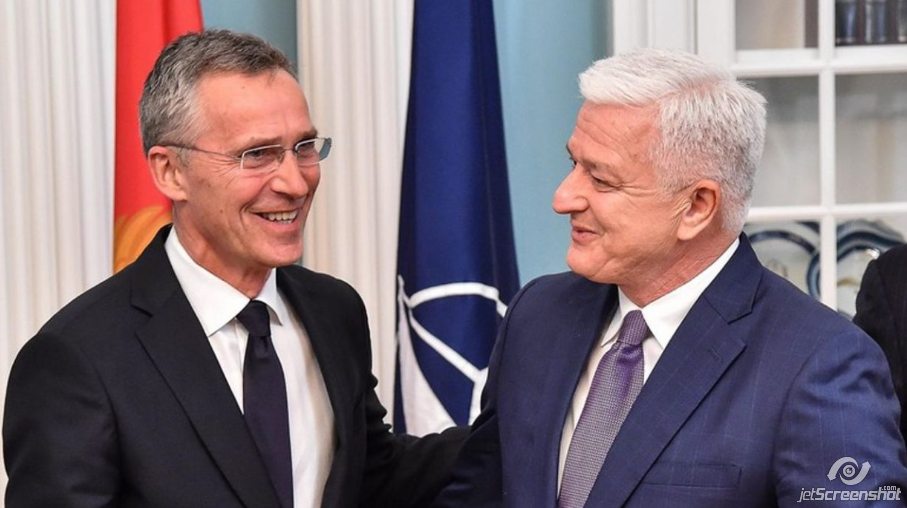 Russia’s threats against Ukraine have helped reveal its sympathizers in south-eastern Europe. There’s a lot of them.

Croatian President Zoran Milanović, a NATO head of state, last week declared that Ukraine should not be allowed to join the alliance. In his words, Ukraine is one of the most corrupt countries in Europe, and the 2014 Revolution of Dignity was “a coup, anything but a democratic movement.” Milanović then promised that in the event of an escalation of armed conflict, he would withdraw “every last soldier” (Croatia has no troops in Ukraine and the president anyway lacks the executive power to order them anywhere.)

There was a predictable diplomatic squall, with the Ukrainian Foreign Ministry declaring the president’s words unacceptable and officially demanding a retraction. Croatia’s Prime Minister Andrey Plenkovich (no friend of the president) then apologized to Ukraine. Milanović’s words had been “unreal and offensive,” he said and just to ram the point home added that his statement sounded as if “it was said by a Russian official.”

Russia’s influence has been clear in south-eastern Europe for many years, even as far back as the Ottoman era. Vladimir Putin’s government has revived historic ties with Serbia and that country’s diaspora in Bosnia and Hercegovina and Kosovo. Russia has been busy elsewhere; it was accused of seeking to overthrow Montenegro’s government in a 2016 coup and has used its extensive disinformation machine to undermine pro-Western opponents, attack NATO and the European Union (EU), spread vaccine myths, and stoke ethnic tensions.

That said, it may be that Milanović, the former leader of Croatia’s Social Democrats, is simply playing to the nationalist gallery. For the past year or two, he has been heavily flirting with Croatian nationalist populists, so much so that even right-leaning politicians are distancing themselves, especially Prime Minister Plenkovic. Earlier, Milanovic made numerous hostile statements towards Bosnia and the government in Sarajevo. His stance on Ukraine is “just a cherry on the top”, explained Balkan Investigative Reporting Network (BIRN) journalist Irvin Pekmez, in an interview.

Milanović “officially supports Serbian nationalists from Bosnia and Herzegovina and lobbies for cooperation with the nationalist president of the Serbian Republic Milorad Dodik, who is the most vocally pro-Russian in the Balkans,” says Montenegrin political analyst Ljubomir Filipović.

Dodik is associated not only with Russian politicians, but also with organizations close to the country’s intelligence service, the SVR, like the Russian Institute for Strategic Studies (RISS), which is reported to have had a continuing intelligence function in the Western Balkans. In 2015, Dodik handed former RISS director, SVR Lt-Gen Leonid Reshetnikov, the Order of Njegoš (first class.) The citation lauded the general’s “significant personal contribution to the development of scientific and cultural cooperation between Russia and the Republika Srpska, which is of great importance for the formation of the Republika Srpska.”

There is no such trail leading to Croatia’s president, but there are some reasons why a Croatian politician might take positions pleasing to Putin and his officials. The former ambassador of Montenegro to NATO, Boston University Professor Vesko Garčević, notes the country’s financial ties on Russian oligarchs. For example, Russians with links to Putin, as well as the Russian tycoon Viktor Bekselberg, actively invest in Croatian tourism development. The country — like many in Europe — also has a significant energy dependence on Russia, while its sunny coastline draws former Russian politicians and oligarchs to luxury real estate, financed through offshore companies.

Russia has close ties to Serbia, but politicians there have largely avoided direct declarations in support of the conflict with Ukraine (the country is after all seeking to join the EU.) However, according to the Serbian opposition newspaper Danas, Serbian intelligence has intimate relations with the Kremlin. The agency recorded conversations among participants at a seminar of Russian municipal deputies in Belgrade last year, and Minister of Internal Affairs Aleksandar Vulin went to Moscow and delivered the recordings to the Secretary of the Security Council of Russia, Nikolay Patrushev. Two weeks later, one of the seminar participants, opposition politician Andrey Pivovarov, was arrested by Russia’s FSB. The paper also said Russia and Serbia had established a joint working group to monitor the opposition and crush any attempted uprising.

In Montenegro, according to Ljubomir, politicians try to avoid the topics of Russia and Ukraine, and a pro-Russian narrative is propagated mainly through networks of Serbian nationalists.

“They claim that Ukrainian nationalists provoke Russia, and simultaneously emphasize that Ukraine, like Montenegro, is an artificially created state, and there is no such thing as a Ukrainian or Montenegrin nation. In this manner propagandists achieve two goals at the same time,” he explained.

Despite attempts to derail Montenegro’s NATO membership (see coup attempt, above), the country joined in 2017. Nonetheless, one of the accused, Milan Knezhević, is now head of parliament’s Security and Defense Committee, while the government is composed of people with close ties not only to Serbia but also to Russia.

Vukšić’s agency has been lauded by the Russian media. For example, on March 22, the pro-Kremlin business newspaper Vzglyad published an article entitled “Pro-Russian forces staged a sweep of the Montenegrin special services.” In it, the author stated that that in just three months of 2021, Vukšić had “managed to partially shakeup, and partially and completely disperse the entire Montenegrin intelligence and counterintelligence services . . . cleaning out” the supporters of the pro-Western President Milo Đukanović.

Montenegro’s pro-Serbian coalition government is struggling to function and risks eviction in a parliamentary no-confidence vote as early as this week (February 4.) “Popular discontent is growing,” notes Ljubomir Filipović.

But whether in government or outside it, Russia’s friends populate the region. They will form a continuing opposition to liberal democracy and continuing support for the Kremlin’s efforts to spread authoritarianism.

Photo: NATO Secretary-General Jens Stoltenberg, Prime Minister of Montenegro Duško Marković at the Ceremony for the Deposit of Montenegro’s Instrument of Accession to NATO. Credit: NATO/Flikr