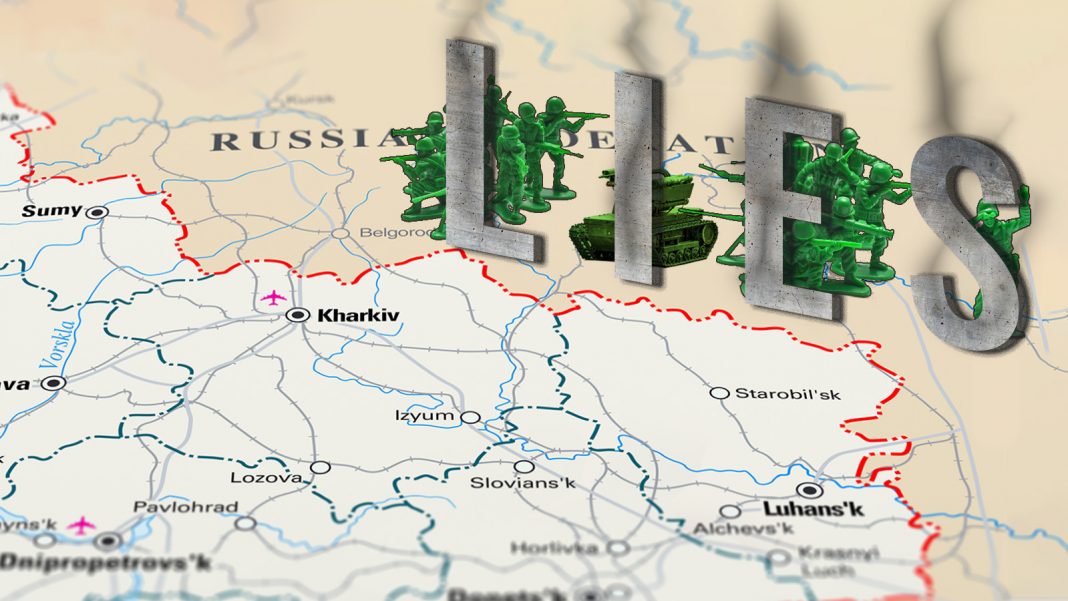 Spread of pro-Kremlin disinformation tries to conceal the true breadth and intentions behind Russia’s military build-up near Ukraine.

During the past couple of months numerous credible media outlets reported that Russia has deployed around 90,000 troops and military assets in staging areas near to its border with Ukraine, referring both to official government sources and mainstream media.

Such troop movements are not unheard of; we all might still remember a similar build-up that took place last April, which now looks like a dress rehearsal for the ongoing deployment. Nevertheless, this time both the official rhetoric and the bellicose talk on pro-Kremlin outlets make the situation far more worrisome from both Ukrainian and the Western perspectives.

Never believe anything until it is denied by pro-Kremlin outlets

Despite overwhelming and publicly available evidence from credible sources, pro-Kremlin outlets have denied the existence of any deployments and continued to spread the disinformation about their purely defensive motives and NATO provocations.

But should there be any deployments, in the twisted view of pro-Kremlin outlets, it is due to the imminent aggression expected from a Ukraine dominated by neo-nazis, who in a pro-Kremlin distortion have been trained by Western countries. Moreover, it is not Ukraine alone, but as per well-rehearsed disinformation lines, there is always the hidden hand of the United States and NATO, and their aggression and sinister motives behind the events.

Age-old disinformation narratives by pro-Kremlin outlets of an alleged betrayal concerning NATO enlargement to the East, Russia being the victim of so called “anti-Russian” rhetoric, and Russia being encircled by hostile forces have also been dusted off and put yet again to use to give a justification for the Russian military deployments, and possibly more.

Talks about “spheres of influence” and “limited sovereignty of nations” to freely decide over their future and destiny, are yet another indicator of the Kremlin’s failure and inability to see history as it truly was, and draw the conclusions necessary to try not to repeat their old mistakes.

A re-evaluation of past wrongdoings could start, for example, by the Kremlin reaffirming the Russian commitment to “respect the independence and sovereignty and existing borders of Ukraine” and to “refrain from the threat or use of force” against Ukraine, as laid out in the Budapest Memorandum on security assurances.

Other notable pieces of disinformation: