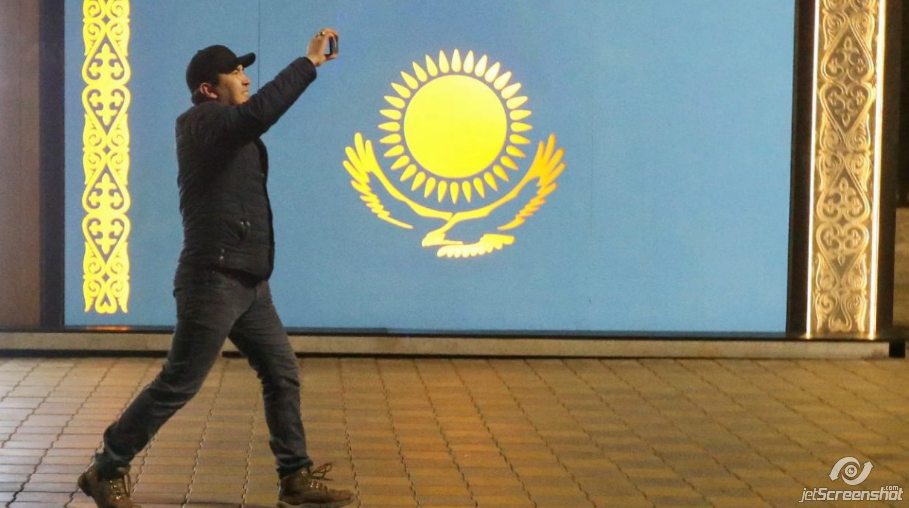 Whatever caused the uprising in Kazakhstan, its brutal Russian-backed suppression again shows Vladimir Putin has a free hand to act in the borderlands.

“We have questions about the nature of this request and whether it was legitimate or not,” declared White House press secretary Jen Psaki, when asked about Kazakh president Kassym-Jomart Tokayev’s call for support in putting down unrest that had roiled his country. The Russian response to Psaki was furious. The Russian ambassador to the United States, Anatoly Antonov, accused Psaki of “try[ing] to deteriorate the situation.” Her questions were “childish babble and despair,” according to Foreign Ministry spokeswoman Maria Zakharova.

Vladimir Putin, trained as a lawyer, has always found a legalistic basis for his foreign adventures. In 2008, Russia rationalized its invasion of Georgia as an act fulfilling its international obligations to protect civilians from massacres. Russia justified its annexation of Crimea as recognition of Crimeans’ right to self-determination.

International law, like all law, is only as effective as it is enforceable. And through international acquiescence to Russian actions, Putin received confirmation that suppressing popular protest against his allies is, in effect, legal.

The specter of color revolution, popular protests to overthrow dictatorial regimes like Ukraine’s Orange Revolution of 2004-05, have long worried Russia’s rulers, who see such events as Western plots. In 2014, shortly after protests ousted the Russian-backed kleptocrat, Viktor Yanukovych, in Kyiv, the Russian military establishment devoted its international security conference to the threat of such color uprisings.

“Foreign values are being imposed on peoples under the guise of expanding democracy,” complained Defense Minister Sergey Shoigu. Nikolai Bodyuzha, then secretary-general of the Collective Security Treaty Organization (CSTO), the Russian-led alliance that deployed troops to Kazakhstan last week, denounced “Coercive intervention in states’ internal affairs [that] is carried out using not only the armed forces but extremist marginal groups with complete disregard for the rules of international law.”

Since then, any movement to challenge Russian-aligned leaders has been branded in the same way, whether in Kyrgyzstan, Armenia, or Belarus. When the unrest in an oil town in western Kazakhstan sparked nationwide protests and riots, the cause was clear to Russian and CSTO leaders: “What is happening in Kazakhstan is an attempt at a color revolution,” declared Vladimir Dzhabarov of the Federation Council. “The scenario of a color revolution, tested by Western special services in many countries of the world, including Ukraine, is underway,” explained Mikhail Sheremet, a deputy from Russian-occupied Crimea. Belarus’s Secretary of State Council concurred, “The situation is developing according to the already familiar scenario of a color revolution.”

A considerable gap began to open between what Russian figures alleged was happening and what senior Kazakh figures alleged was happening — Tokayev was busy telling anyone willing to listen that foreign-trained terrorists were behind the violence. Within days, Russia’s leaders blended the explanations, which according to the Kazakhs now included Islamist groups, with Putin yesterday calling the uprising a color revolution involving terrorists. “We will not allow the boat to be rocked,” he said.

By the logic of Russia’s own military doctrine, events in Kazakhstan constituted a foreign attack on a treaty ally, requiring a military response when requested. Nikol Pashinyan, the Armenian leader who came to power after a color revolution and who faced aggressive Russian lobbying against his candidacy last year, conformed to the Russian narrative in his role as chairman of CSTO’s Collective Security Council. Citing “the threat to national security and sovereignty of the Republic of Kazakhstan caused, among other things, by aggression from outside,” Pashinyan approved a general deployment.

With Russian paratroopers, along with a contingent of Kyrgyz, Tajik, Armenian, and Belarussian soldiers, securing strategic assets, Kazakh forces have largely crushed the remaining protestors. In all, official figures showed 164 were left dead and almost 6,000 were arrested. Some opposition voices have suggested a far higher death toll.

The suspension of the internet in Kazakhstan helped to prevent protestors from coalescing into a coherent political movement or to reach external audiences and elicit international support. Russia responded quickly and with overwhelming force, helping to suppress the protests before they could spread. Most importantly, international inaction will be seen by the Kremlin as further evidence that the world tacitly accepts its domination of neighboring states.

The quashing of Kazakh dissent gives new impetus to the notion that authoritarianism is on the rise and democracy in decline, and that international approval for action to favor stability are likely to outpace those to promote reform. Lest anyone doubted it, China too chipped in with a supportive statement: Xi Jinping denounced the “external forces deliberately creating unrest in Kazakhstan and staging a color revolution.” No evidence of any external forces has yet been presented.

But in the current, fracturing global order, no evidence is required to reach such a verdict. A triumphant Putin declared: “We will not allow the scenario of the so-called color revolutions to be realized.”

Ben Dubow is a nonresident fellow at CEPA and the founder of Omelas, which specializes in data and analysis on how states manipulate the web.

Photo: A man holds a mobile phone while walking past a board with a Kazakh state flag during a protest against LPG cost rise following authorities’ decision to lift price caps on liquefied petroleum gas in Almaty, Kazakhstan January 5, 2022. Credit: REUTERS/Pavel Mikheyev