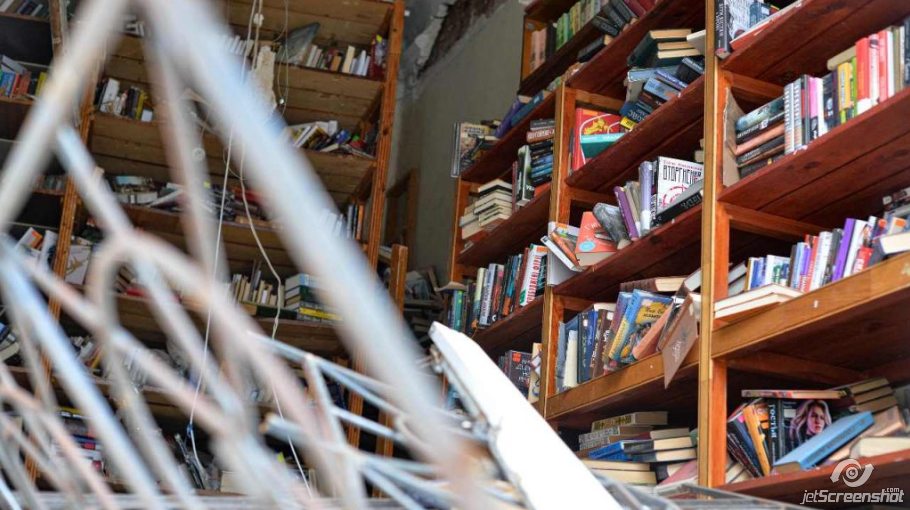 Occupation forces in Mariupol have burned Ukrainian textbooks, schoolteachers throughout Donbas have been sent to the Russian city of Rostov for “retraining”, and soldiers are forcing schools to open for the summer so that children can learn a new Russian curriculum.

Control over narratives has long been at the heart of the Putin regime’s power. As Ukrainians are left to wonder what really precipitated Russia’s unprovoked and brutal invasion of their country, only Putin’s warped sense of history really explains events. Winning the peace will demand a total rewrite of history in occupied Ukraine — and to build a new one with little attachment to reality.

Unusually for a head state, Putin has repeatedly ventured into historical writing. Ahead of the 75th anniversary of the Nazi defeat in 2020, he wrote a rambling defense of Stalin’s collusion with Hitler. In July 2021, he issued the now notorious essay, “On the Historical Unity of Russia and Ukraine,” proclaiming the eternal indivisibility of the Russian, Belarussian, and Ukrainian people. Ukraine, it was clear from his words, had no right to exist.

Putin had begun to see his reign in world-historic terms and framed his invasion as such. In announcing the invasion, he declared the United States had “created bloody, non-healing wounds and the curse of international terrorism and extremism” everywhere it ventured. Now the West, with its values of “degradation and degeneration” was in the Russian homeland, in Kyiv, the mother of Russian cities, requiring his country to rise again to its historical role as savior of the Russian lands and thereby the world.

This historical narrative presented the invasion of Ukraine as a recovery of a core component of the Russian land, cleaved in two by Lenin for administrative convenience and then contrived into a proto-nation by a Russia-hating West in the post-Soviet era.

This is, of course, profoundly ahistorical. Russia and Ukraine have spent more of their histories apart than together. For half a millennium after the Mongols shattered Kievan Rus in 1240, Kyiv and Moscow shared no ruler. The foundational events of Russian history — the Tatar yoke, the rise of the Romanovs, the Time of Troubles — all occurred without Ukraine, and the borders of Russia were to reach the Pacific Ocean before they reached Kyiv. Ukraine meanwhile spent much of the intervening centuries under the domination of Catholic kings, resistance to whom gave rise to the Cossacks, who formed the basis of modern Ukrainian nationhood in the 17th century.

But perhaps nowhere do Russian and Ukrainian histories diverge more than in the Second World War. The Great Patriotic War, in which 20 million Soviet soldiers and civilians perished, retains mythical importance for Russians whose sacrifice reached an unimaginable scale. But in the decade before, the Communist rulers in the Kremlin had inflicted on Ukraine the worst manmade famine in history to that point, all the while allying with the Nazis.

In this context, Ukraine portrays the resistance of the far-right Organization of Ukrainian Nationalists to Soviet subjugation as heroic, declaring leader Stepan Bandera’s birthday a national holiday and renaming major thoroughfares in his honor. For Russians, this is equivalent to Nazi apologia. Nothing more offends Russian sensibilities than a diminishment of the righteousness or importance of Soviet sacrifice in the Great Patriotic War, and the state has outlawed comparisons of Nazi and Soviet totalitarianism.

Surrounded by yes-men and deluded by the success in Crimea eight years earlier, Putin expected Ukrainians to welcome invading Russians as liberators and brothers. What he found instead was a people proud of their independent history and willing to fight for their homeland. Now, to make reality of his illusions, Putin must rewrite his neighbors’ history.

And thus, a Russian army straining every fiber, bogged down with materiel shortages and diminishing manpower must devote resources to elementary school history classes, or else lose all rationale for its unwanted and bloody presence.

Ben Dubow is a Nonresident Fellow at CEPA and the founder of Omelas, which specializes in data and analysis on how states manipulate the web.

Photo: CHERNIHIV, UKRAINE – APRIL 11, 2022 – Books on the shelves are seen inside a library damaged as a result of shelling by Russian troops are pictured in liberated Chernihiv, northern Ukraine. Credit: Photo by Evgen Kotenko/Ukrinform/NurPhoto.