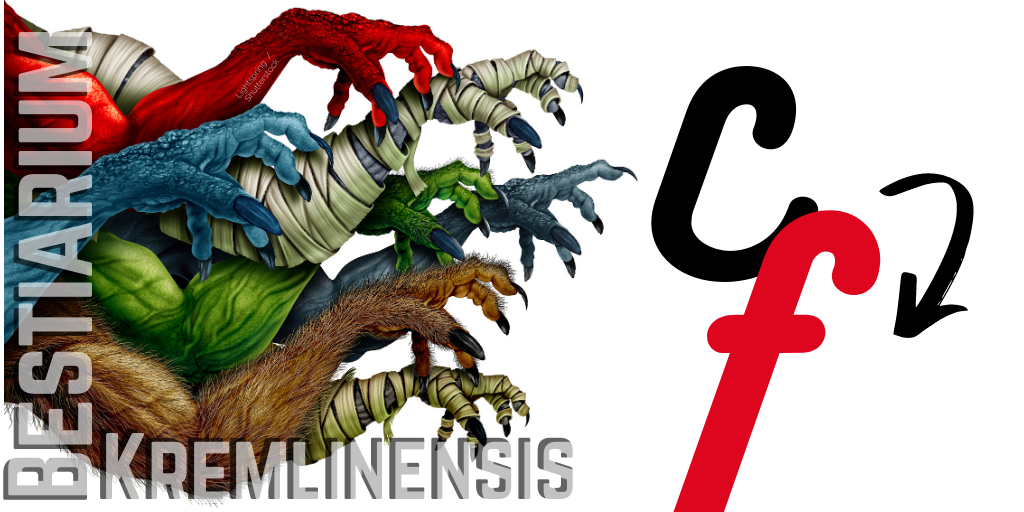 Fear is the main element in Russian politics. The EUvsDisinfo has outlined a few of the phobias, plaguing the Kremlin leadership. In a series of articles we will continue to explore the nightmares of the Kremlin State of Fear and present the Kremlin Beastiary.

The Deep State is an enigmatic beast that causes destruction through obstruction. While most predators hunt actively and attacks its prey, the Deep State lies passively, sucking energy of its victim. It is a textbook example of parasitism. The structure affected by the Deep State is usually entirely unaware of the existence of the parasite.

The Deep State successfully camouflages itself in the form of perfectly normal administrative structures, protocols, hierarchies, but has an uncanny ability to mobilise spontaneously for hostile inactivity. The Deep State is similar to the Soros, but less visible. While the Soros acts in a sentient way; the Deep State reacts instinctively, collectively and passive-aggressively.

The Deep State can only be defeated if its host is removed. Undermining societal structures is the key of success. Any resemblance of a legal system and an independent judiciary must be replaced with blind loyalty to the Leader.

Strength: Ideally concealed as a parasite

Weakness: Entirely dependent of its host

The Deep State in the EUvsDisinfo Database on Disinformation

In the Kremlin ecosystem, The Ecologist is part of a group of tricksters. The Kremlin beastiology is based on an understanding that an ecosystems consists of predators and prey. Those who eat and those who are eaten. The Kremlin perceives itself as a predator, competing with other predators. The predator has the rights to everything it controls: hunting grounds, territories, resources, but those rights must be constantly protected or it falls into the hands of a competing beast. Survival of the Fittest in its clearest form. The Ecologist deflates this vulgar interpretation of Darwin and points at the idea of Mutual Aid and solidarity as a survival and growth instrument in the ecosystem.

The Ecologist is not really a vital threat to the Kremlin, but it sets askew the entire Cosmos of the Kremlin; and no resources have been spared to attack and destroy this little beast. Tricksters are generally very smart, vigorous, and hard to catch like Greta. Attempts to destroy the Trickster through attacks on the Soros or the Banker have proven to no avail.

The Ecologist in the EUvsDisinfo Database on Disinformation

In the Kremlin beastiology, the Feminist is another example of a trickster. The Feminist threatens the harmony and order as perceived by the Kremlin. Similar to other Tricksters, it has an innocuous appearance and behaviour but manages to drive the Kremlin to a state of panic and confusion.

The Kremlin has aggressively attempted to create an environment where the Feminist cannot thrive, but the Feminist has proven to be able to adapt to the circumstances. The Feminist continue to be very active and very visible in the Kremlin universe.

The Feminist in the EUvsDisinfo Database on Disinformation