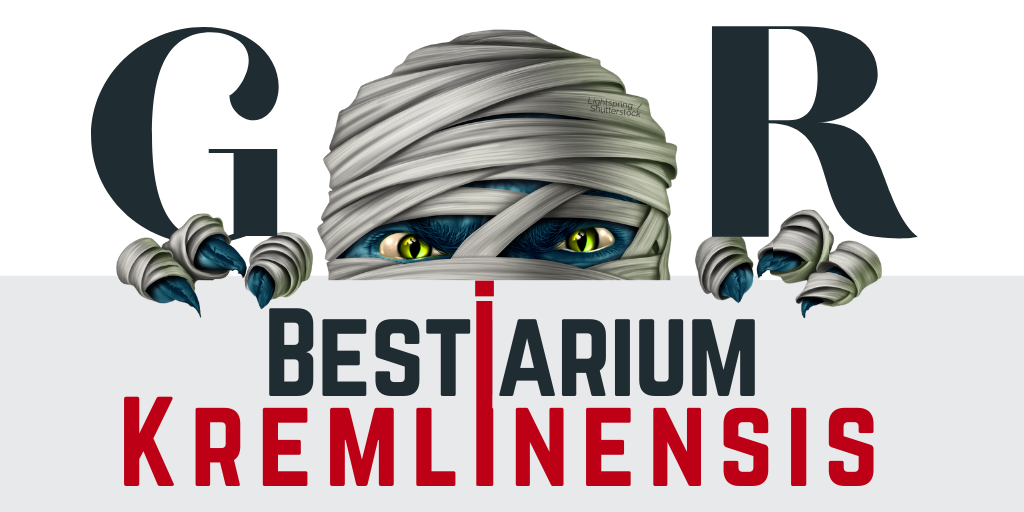 Fear is the main element in Russian politics. The EUvsDisinfo has outlined a few of the phobias, plaguing the Kremlin leadership. In a series of articles, we will continue to explore the nightmares of the Kremlin State of Fear and present the Kremlin Bestiary.

The Gay Man assumes a prominent role in the family of Tricksters of the Kremlin Beastiary, and just as with other Tricksters, it provokes severe panic and awe in the pro-Kremlin networks, while it is impossible to perceive it as a vital threat. The Kremlin has prioritised the hunt for the Gay Man for a long time, obviously set to exterminating it entirely.

The Gay Man provokes a certain kind of paranoia with the Kremlin; similar to the effects of the Ecologist and the Feminist, but with an even larger impact. The Kremlin strikes viciously in any direction where it suspects Gay Man presence.

Kremlin beastiologists labour under the theory that all tricksters are merely instruments of other beasts, first and foremost of the Soros, and have attempted to battle against the Gay Man through attacking the Soros.

Distinctive features: None; though Kremlin beastiologists suggest it wears leather or female attire

The Gay Man in the EUvsDisinfo Database on Disinformation

The Liberal is a beast that acts together with the Banker and the Soros. The Liberal is known for its ability to rejuvenate, and few beasts are more feared than a rejuvenated liberal, a so called neoliberal. While the Liberal is a feared enemy armed with free markets and human rights, the Kremlin attempts to hunt it through mimicry; carefully copying some features of the Liberal.

The Liberal appears not to have any visible means of attack: no fangs, no tentacles, no claws. It is featureless, making it very similar to the Deep State, but less passive. The Liberal is also similar to the Soros and can be understood as an intermediate species. The relation to the Banker seems to be more of a symbiotic nature.

As with the Deep State, the Liberal can only be exterminated if its habitat is demolished. The Kremlin has attempted to weed out any trace of an environment where the Liberal can thrive. Still, it is apparent that it is still perceived as an urgent threat.

Strength: Adopts quickly to the environment

The Liberal in the EUvsDisinfo Database on Disinformation

The NATO is a beast, by Kremlin beastiologists strongly associated with the Anglo-Saxon. Some beastiologists suggest the two actually are identical. The NATO is more mobile and ominous, permanently and aggressively challenging core Kremlin territory. This process is referred to as encirclement, even though the NATO barely has any direct contact with Kremlin areas.

This encirclement has led Kremlin beastiologists to identify the NATO with a reptile, possibly clad in armour. The Kremlin has never attempted to confront the NATO directly. In theory, brutal force should scare it off, but there is a suspicion that the NATO would react unpredictably on an attack.

The NATO is probably venomous. Kremlin beastiologists suspect it can, similar to a Dragon, breath sickness and ailment on territories. The NATO is deceptive and is never letting go of a victim, once conquered.

The NATO in the EUvsDisinfo Database on Disinformation

Generally, the Russophobe is not really a species in the Kremlin beastiary, but rather the entire class of enemies. They are all united by an intrinsic hostility to the Kremlin and its system of values. Thus, both the awe-inspiring Soros and the seemingly innocuous Ecologist represent the Class Russophobiae.

All members of the Russophobiae are characterised by an aggressive attitude towards order and harmony as identified by the Kremlin. In some cases this attitude is fed by a sense of competition; for instance, the Kremlin threatens the Soros and impedes the movement of the NATO. In other cases, the attitude is simply an irrational hatred towards decency and decorum.

The Russophobiae in the EUvsDisinfo Disinformation Database.