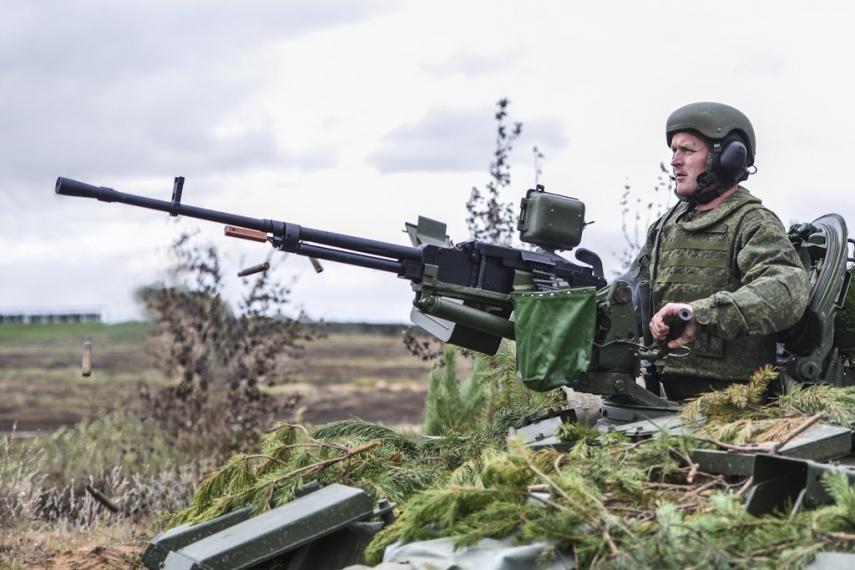 Russia’s recent large-scale military exercise Zapad was neither an “anti-terror exercise” nor “purely defensive”, but a “dry run” for a “full-scale conventional war against NATO in Europe”, the German daily Bild reports, citing two analysts.

According to Bild’s sources, the drill rehearsed the capture of the Baltic states and Belarus as well as a “shock campaign” against Western European NATO nations such as Germany and the Netherlands, but also against Poland, Norway and the non-aligned states of Sweden and Finland.

According to the two sources, Kremlin forces rehearsed capturing NATO’s “region of vulnerability, according to the Russian view”, namely the three Baltic states. “To realize this, you would have to quickly do the Suwalki gap operation” in order to cut off Poland and NATO reinforcements from Lithuania. This is exactly what Russia did, creating the artificial state of “Veyshnoria” at the exact location of the 40-kilometre land bridge between Poland and Lithuania, carried out on Belarusian territory, however.

At the same time, Russia rehearsed “neutralizing or taking under control air fields and harbors (in the Baltic states), so there are no reinforcements arriving from other NATO states there”, Bild reports.

The sources revealed that “Russian air force strategic aviation, long-range aviation, took part in the exercise on two days and conducted simulation flights over the Baltic Sea and the North Sea. They exercised bombings of Western European targets, approaching the German and Dutch coast from the North Sea as well as Swedish, Finnish and Polish mainland from the Baltic Sea. The drill included waves of Tu-95 strategic bombers as well as support aircraft like fighter jets and refueling planes.”

These bombers rehearsed launching missiles and cruise missiles. They returned to their bases before reaching NATO shores. In a real-life situation, their targets would include “critical infrastructure, that is, air fields, harbours, energy supplies and so on, in order to shock the countries and make the populations demand from their governments that ‘we shouldn’t be involved here, we should go for peace instead'”, the sources said.

In war, another aim of these Russian activities would be “to prevent them (NATO armies) from taking military action, deploying troops and reversing Russian army gains in the Baltics”. Hence, German naval bases at the Baltic Sea and the North Sea would be prime targets for such aerial attacks. Although the sources did not know which German, and possibly Dutch, targets exactly the Tu-95 bombers were directed at, they stressed: “This was part of their exercise in September!”

The sources added that, “of course, in war time, Russian bombers would have approached from the East as well, but in ‘peace times’, this attack direction (towards Germany) along the Norwegian coast would make sense”. Russia could not practice strategic air attacks from the East due to the Belarusian and Ukrainian airspace between Russia and its potential targets. Moreover, the sources made it clear that strategic air raids would have been flanked by large-scale missile attacks on NATO targets, using Iskander tactical missiles in the Kaliningrad region for targeting NATO strategic assets in the Baltic Sea countries. It is “not clear, but likely” that such attacks were also rehearsed in the Zapad 2017 drills.

According to the sources, these risky manoeuvres (over the North Sea) could show that Russia has planned “show of force attacks” that deeply penetrate Western-dominated air space and a “surprise element”, as NATO missile defenses are better prepared in the East of Europe than in NATO states like Norway, Denmark, the UK, and Germany.

In order to cripple NATO’s capacities in the event of a large-scale ground offensive against Estonia, Latvia and Lithuania, the exercise involved “anti-submarine warfare and air defense drills throughout the Baltic Sea”. The focus area was the eastern Gotland Basin.

According to the interviewed Western intelligence sources, Sweden and Finland would come under attack in the case of a real war against NATO. These attacks were also rehearsed in September. “We know that, in case of a war with NATO, Russia would not expect Sweden and Finland to remain neutral, although they are not part of NATO. Stockholm and Helsinki would allow NATO aircraft to use their airfields and so on”. The source alleged that most Swedish and southern Finnish air fields would therefore come under Iskander missile attacks.