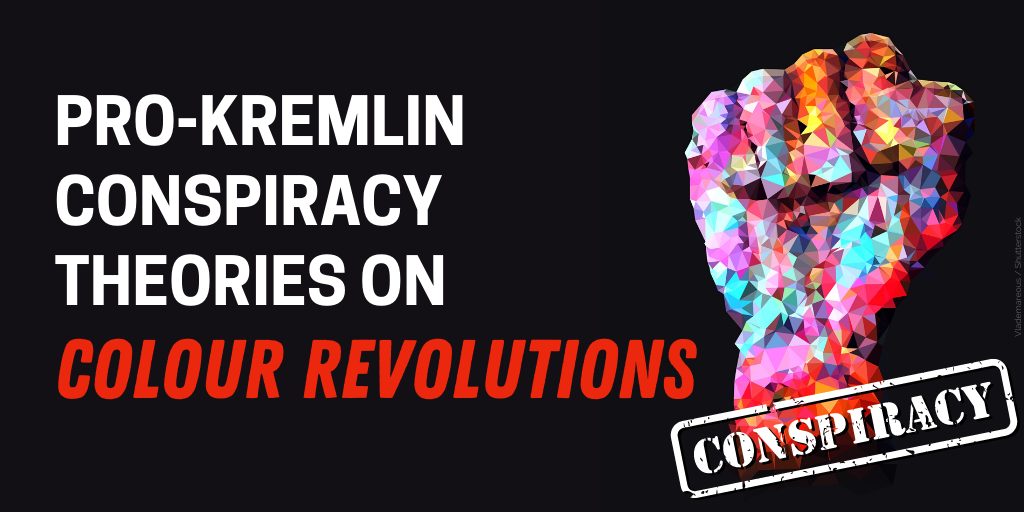 Pro-Kremlin media are continuing to push disinformation around the racial injustice protests in the US – claiming for example that the Democratic Party and philanthropist George Soros are funding the demonstrations with “dirty money” obtained in Ukraine. The idea that the protests are part of the “colour revolution” playbook also persist, with claims that George Floyd’s death at the hands of police was staged using drugs in order to incite the protests. Allegedly, this all part of a broader “globalist conspiracy” to prevent President Trump’s re-election, enabled by Soros-owned media outlets.

The pro-Kremlin media can never resist playing up the “colour revolution” theme. The West is thus accused of destabilising Belarus on the eve of its election. Hong Kong’s new security law – which the EU has warned “risks seriously undermining the high degree of autonomy of Hong Kong” – is instead interpreted as a way for China to “eliminate the vulnerability of inadequate countermeasures to colour revolutions”. In fact, we are told that China is more democratic than the United States! Another case claims that “Western intelligence” is behind Hong Kong’s civil unrest, with the goal of “eroding China’s image in the eyes of Western public opinion”. The genuine democratic aspirations of Hong Kong’s civil society are of course entirely unacknowledged by the pro-Kremlin media.

And in recent events…

The pro-Kremlin media was surprisingly quiet about the Polish presidential election this week, describing it in one case as a “clash of Russophobic forces”. Even so, disinformation outlets could not resist getting a few jabs in about Poland’s alleged “Russophobia” and World War II historical revisionism. The Polish government was decried as “xenophobic” for its supposed hatred of all things Russian and accused of declaring war on historical truth and monuments – in addition to absolving the Nazi Third Reich.

Meanwhile, Latvia became the second EU country after Estonia to crack down on Russian state-sponsored disinformation outlets by enforcing EU sanctions against Dmitry Kiselyov, the head of Russian state media company Rossiya Segodnya. Kiselyov is on the EU sanctions list for his support of the annexation of Crimea and armed intervention in eastern Ukraine. Estonia’s enforcement of the sanctions is described by Sputnik as a violation of free speech. Meanwhile, Latvia’s media watchdog announced a ban on RT television channels on its territory due to the sanctions against Kiselyov. This rationale has been twisted around by the pro-Kremlin media, which falsely denies the existence of a link between Kiselyov and RT and calls Latvia’s decision “stupid and ignorant”, blinded by “Russophobia”.