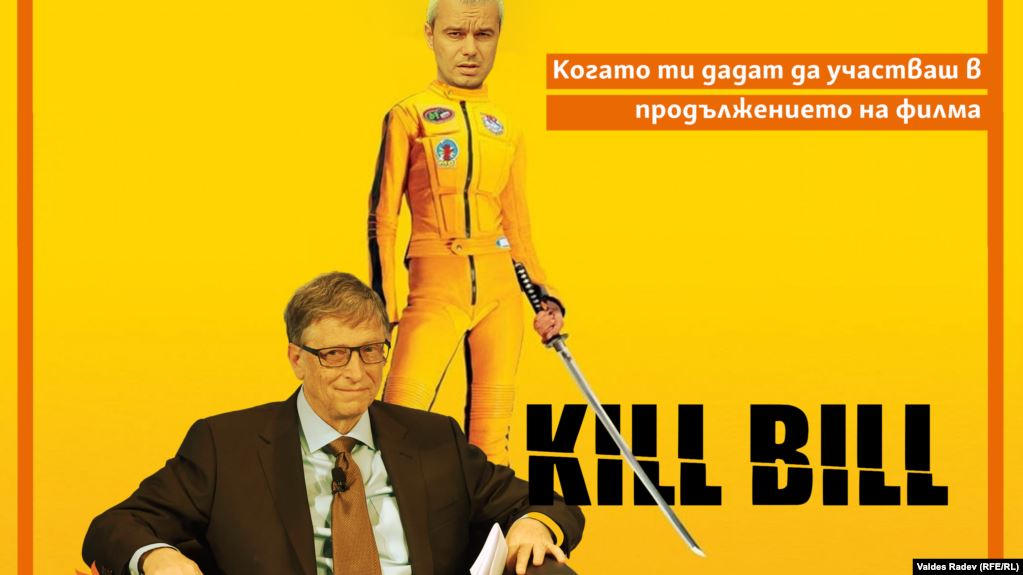 On May 14, the YouTube channel “prisoners0fprogress” posted a video captioned “Italian Government call for arrest of Bill Gates.” The video is in Italian with English subtitles. The video gained nearly a million views and close to 2,000 comments over a weekend and has been shared on other social networks.

The arrest claim is false.

The Italian government has taken no such action against Gates. The video shows a fragment of a session in Italy’s Chamber of Deputies (parliament). According to the web source FromRome.info, which claims ownership of the YouTube channel and the video, the female speaker in it is Sarah Cunial, a conservative representative for Rome and a known anti-vaccination activist.

The reaction from the Chamber is audible in the video, and amid an angry jangle Cunial is forced to raise her voice while asserting that Gates is behind the pandemic and compulsory vaccinations in a bid to depopulate the globe and achieve dictatorial control. According to news reports, Cunial’s conspiratorial views are unpopular among her colleagues and her appeals haven’t won support or action.

The Russian state-owned news outlet RT (Russia Today) used the YouTube video in its news report headlined: “Italian lawmaker demands Bill Gates be ARRESTED for ‘crimes against humanity’… But WHY?”

In Russia anti-Bill Gates conspiracy stories have been popular, supported and promoted by public and government figures.

During the 50-minute program, Mikhalkov claimed Gates represents the world’s “deep state” and, under the cover-up of a vaccination program, is preparing to microchip humans to control their minds and manipulate the global demographics.

The program was eventually taken down by Rossiya-24 but remains available on Mikhalkov’s own YouTube channel with nearly 5.5 million views.

The prisoners0fprogress YouTube channel has only 3,500 subscribers, but the Cunial video has been viewed nearly 1 million times.

There is evidence that the video was artificially boosted on Twitter.

According to the open source intelligence tool First Tweet, the first account to post the video “Italian Government calls for Arrest of Bill Gates” was “Marissa Hardwick,” described in a @Fortepiecat profile as an American pro-life activist and supporter of U.S. President Donald Trump.

The account has no personal information or personal photos. The location pin says “Georgia, USA” – which is an uncharacteristic display for the accounts located inside the United States, which are typically identified by city and state.

The Twitter analytics tool Twitonomy reports the account’s lifetime most active hour of the day as 4 a.m. UTC, which is midnight in the U.S. state of Georgia.

This account posted the video on May 15 but later deleted it. The original can be found in the First Tweet analytics as seen in a screenshot below.

Other accounts — most of them anonymous with similar behavioral characteristics as @Fortepiecat — began posting the video within minutes of each other, including in the replies targeting positive tweets mentioning Bill Gates.

Some of those promoting the video used the “arrest Bill Gates” hashtag first tweeted in 2012.

On the social site Reddit, the video was posted in four subreddits with a combined membership of over 24 million users. The video was removed from Reddit’s World News as a hoax but upvoted in two other subreddits.

The video was even more popular on Facebook, despite its increased screening of content for COVID-19 hoaxes and fake news. Due to Facebook’s privacy policy it is impossible to assess accurately whether the influx was organic or orchestrated.

However, there are red flags.

The video was first posted in and shared mostly via public groups, not personal pages. All the posts occurred at roughly the same time, and all the first posters were anonymous users with no personal data in their profiles.

Bill Gates has been increasingly targeted by conspiracy theorists since the COVID-19 outbreak with repetitive absurd claims, thoroughly examined by fact-checkers and proven false, including by Polygraph.info.