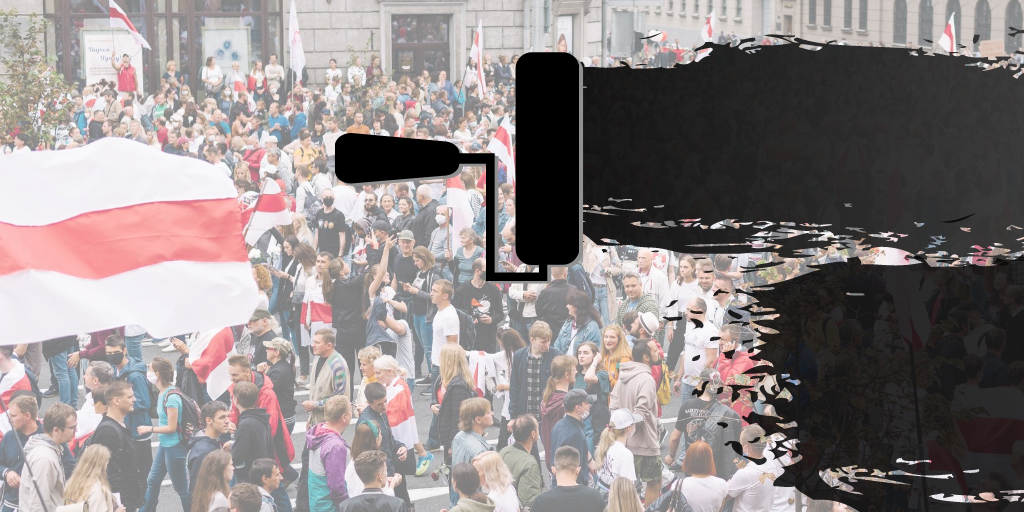 The English-language segment of pro-Kremlin disinformation outlets is surprisingly indifferent towards the ongoing events in Belarus. With a few exceptions, most seem to avoid the topic. This is particularly visible in the case of the Strategic Culture Foundation platform, where the English language version offers five articles on Belarus since the protests commenced, while the Russian language version publishes articles daily.

The pattern is the same with RT.com – the English version of RT publishes in general one to three articles daily on Belarus, while the Russian version – five to ten articles every day.

Pro-Kremlin disinformation is conceived, multiplied and shared within a complicated eco-system. It would be wrong to see disinformation as a result of a command-and-control-system, where a disinformation-general pulls levers and pushes buttons.

EUvsDisinfo identifies five types of outlets within this English-language eco-system of pro-Kremlin disinformation, depending on its connection to Russian state structures. The first category is entirely controlled by the Kremlin, the last category does not display any formal strings to Moscow.

A similar taxonomy of the disinformation ecosystem is suggested by the US State Department’s Global Engagement Center, the GEC.

RT and Sputnik belong, of course, to the first category: both are state-owned, directly controlled by the Kremlin. The Strategic Culture Foundation belongs to the second category; it’s ownership is not disclosed, though it is viewed as a “partner” by the Russian Ministry of Foreign Affairs. According to the above-mentioned GEC, the site is also affiliated with Russian intelligence structures. The fifth category is not directly controlled by the Kremlin, but expresses sympathy with the Kremlin world-view and Kremlin imperialist ambitions; usually described as a counter-weight against US or EU imperialism.

While Belarus is very much on the front pages of professional media worldwide, the protests are very scantily covered within the pro-Kremlin disinformation ecosystem. Fort Russ News (category four) have covered the entire wave of protests with a mere three articles since the election on 9 August. Russia Insider (category 4) has ignored the protests entirely; Off-Guardian (category five) has devoted three articles to Belarus, focusing on the protests in the US, COVID-19 and the upcoming US elections. British 21 Century Wire (category five) is also basically ignoring Belarus.

Disinformation is a dialogue; the producers of disinformation must be attentive to the interests of the target audience. A liar needs to be a good listener. We can observe disinformation efforts targeting “rightist” audiences, focusing on migration issues, “traditional values” etc.; or “leftists”, using “anti-capitalist”, “anti-imperialist” terminology.

The situation in Belarus is not very conducive for reaching either of these audiences. It is impossible to describe Belarus (or Russia) as a socialist society for mobilising the “leftist” audience, and the possibility to spin the Belarus events into an anti-migration or a “values” topic is limited.

The only way the pro-Kremlin eco-system can report on Belarus is as a manifestation of US/NATO/EU imperialism. In one of the few articles on Belarus in the category 5 Off-Guardian, the protests are reduced to a ”narrative roll-out”.

The disinformation eco-system works with a small set of concepts, and the events in Belarus do not fit into its world-view. Instead of reporting on one genuinely popular movement against dictatorship and violence, the eco-system prefers to look another way. Supporting conspiracy theories on COVID-19, or spinning yarns on the US Presidential elections in November, for instance. Homey, comfortable topics without any real world to them.