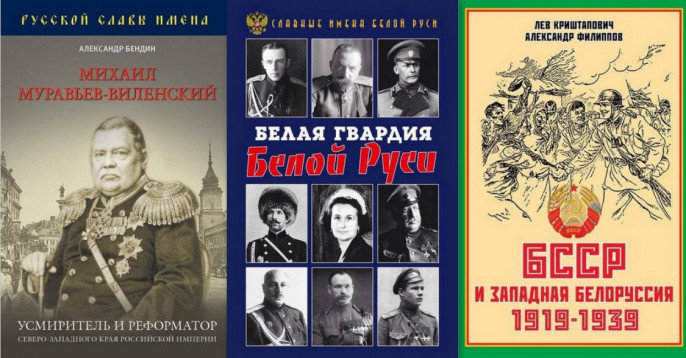 Sometimes the simultaneous appearance of two stories apparently unrelated sheds light on issues more clearly than either of them does on its own. That is the case of two stories today from Belarus, one about Moscow’s promotion of Russophile books in that country and the other about the release of a Belarusian version of “Forrest Gump.”

Nasha Niva has investigated how money from the Kremlin has passed through the CIS-EMO, an apparently innocuous organization that stands for the Commonwealth of Independent States – Election Monitoring Organization, money to support books for Belarusians promoting pro-Russian attitudes (belaruspartisan.org/politic/395008/).

The CIS-EMO ostensibly was to be the counterpart of the OSCE’s Office for Democratic Institutions and Human Rights, but its real purpose is to promote pro-Russian attitudes in former Soviet republics.  It has attracted attention for books likeHuman Rights Violations in Lithuania and The New Europe of Vladimir Putin (with Marie Le Pen on the cover).

Since 2013, this organization has been headed by Aleksandr Bedritsky of the Russian Institute for Strategic Studies (RISI).  Among the books with a Belarusian dimension it has released since then are Belarusian Nationalism Against the Russian World, BSSR and Weestern Belorussia, and The White Guard of White Rus, all of which are in Russian.

The CIS-EMO organization gets its money from the Russian state budget via grants for “the development of a humanitarian foundation of Russian-Belorussian integration and the countering of falsification of history.” Last year, it received some 500,000 rubles or about 45,000 US dollars (grants2016.oprf.ru/grants2016-1/operators/perspektiva/requests/zhurnal/rec6880/).

The Russian propaganda books are distributed in part for free but also sold in several Russian Orthodox Church bookstores in Belarus.  How many people read or are influenced by them is unknown, the Belarusian paper suggests. Also unknown is the number of Belarusians who are ready to accept their message.

But this weekend, a competing message will be offered in the Moskva Theater in Minsk when the Belarusian-dubbed version of the American film “Forrest Gump” will be shown to what are expected to be large and enthusiastic audiences who will demonstrate their interest by paying for tickets (charter97.org/ru/news/2017/9/17/263205/).

Indeed, in what is a kind of competition between the Zelig-like American film star and the kind of stick propaganda figures in books like The White Guard of White Rus, there is very little question as to who is going to win.