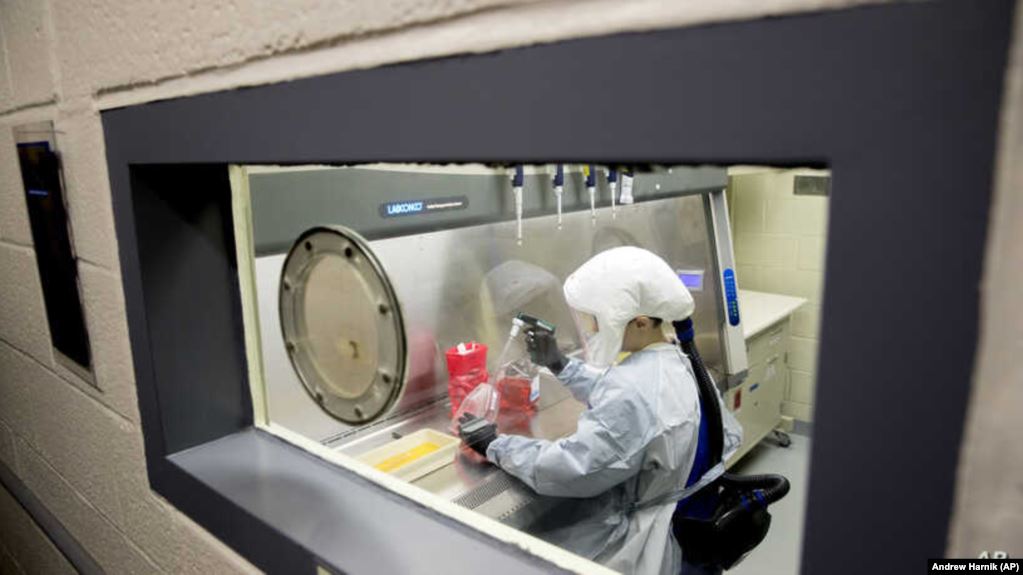 Global Times
“Days before the institution’s (Fort Detrick laboratory) temporary shutdown in 2019, a respiratory illness was reported on June 30 at a community one hour’s drive away. The Greenspring Retirement Community in Fairfax County, Virginia, had had 63 infected cases of the disease and three deaths by July 15, said local health authorities.”
Source: Global Times, May 29, 2020
MISLEADING

On May 29, the website of Global Times, the Chinese Communist Party newspaper, published a new story attempting to connect the COVID-19 coronavirus pandemic to the U.S. Army biological laboratory in Fort Detrick, Maryland.

Polygraph.info has covered Fort Detrick conspiracy theories in the past, and the new article shows some of the hallmarks of earlier ones, such as citing anonymous “netizens” as sources. The latest story attempts to link the coronavirus to a 2019 outbreak of a deadly respiratory illness in a Virginia retirement home in 2019.

“Days before the [Fort Detrick] temporary shutdown in 2019, a respiratory illness was reported on June 30 at a community one hour’s drive away,” the article reads.

“The Greenspring Retirement Community in Fairfax County, Virginia, had had 63 infected cases of the disease and three deaths by July 15, said local health authorities.”

First, the retirement community in question is nearly 60 miles south of Fort Detrick, which is in the state of Maryland. Second, while there were a rash of infections at the home, health authorities investigated and never identified any exotic cause.

On July 11, 2019, the Fairfax County Health Department announced that it had launched an investigation into a respiratory infection outbreak at Greenspring Retirement Community.

“The Health Department was recently informed that over the last 11 days a total of 54 individuals out of the 263 residents in this facility have become ill with respiratory symptoms ranging from upper respiratory symptoms (cough) to pneumonia,” the department’s initial press release on the incident read.

“Of the ill individuals, 18 have been hospitalized and two have died. The individuals who died were hospitalized with pneumonia. Both were older adults and had complex medical problems. The Health Department does not know the full medical history and the extent to which the pneumonia contributed to the deaths.”

On July 29, 2019, the department said in an update to the report that no new cases of the respiratory infection had been detected for nearly two weeks.

While “no specific pathogen” was found to be the culprit, the department noted the presence of the rhinovirus, which causes the common cold.

An earlier report also mentioned “several bacteria that are known to colonize the nose and throat and may not be the cause of infection.”

The Global Times article provided no evidence for or explanation of how this event could be connected to Fort Detrick, which conducts research into the pathogens that cause diseases such as ebola and tularemia.

Research at the lab was temporarily halted in 2019 after employees of the U.S. Army Medical Research Institute of Infectious Diseases (USMRIID) raised safety concerns. An inspection by the Centers for Disease Control found two containment breaches.

According to published reports, however, nobody was exposed and nothing leaked outside the facility. The lab fully reopened in March 2020.

Nonetheless, The Global Times piece cited an anonymous internet post to suggest the idea of a coronavirus association with the lab:

“… We have reasons to ask the US government to publish the real reason for the close of Fort Detrick, to clarify whether the laboratory is the research unit for the new coronavirus and whether there is a virus leak,” wrote netizen “B.Z.” on a White House website, petitioning for more USAMRIID information.”

The story perpetuates a back-and-forth between China and the United States over the origins of the coronavirus, which was first identified in China in December and has since been blamed for 374,000 deaths worldwide, including more than 100,000 in the U.S.

China initially charged that U.S. soldiers might have brought the virus. U.S. President Donald Trump and Secretary of State Mike Pompeo each have pointed blame at the Wuhan Institute of Virology, located in the city where cases first surfaced.

The exact origins of the virus are still a matter of scientific debate.