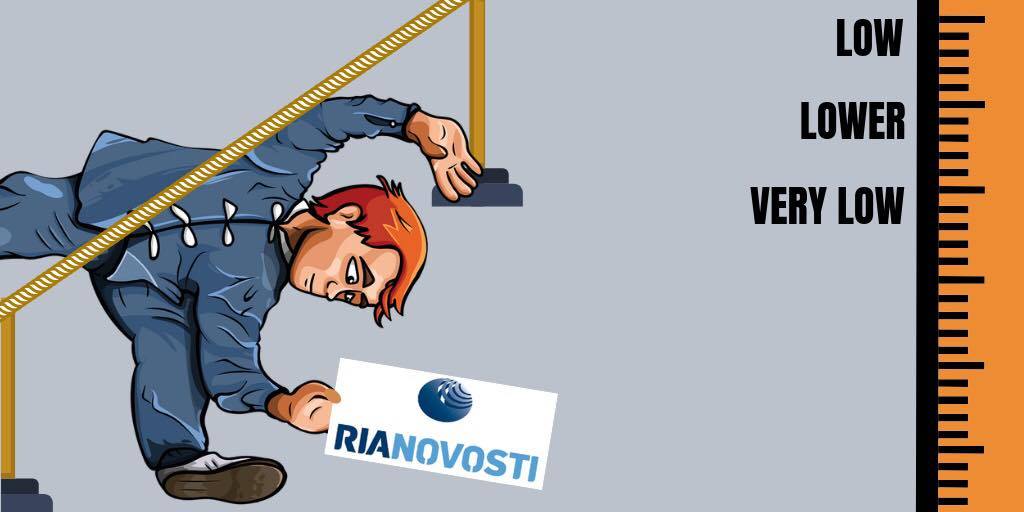 How low will the Russian state news agency RIA Novosti go in trying to create the impression that Crimea has become accepted by the rest of the world as a part of Russia?

The answer is: Very low.

Ahead of the 5th anniversary of Russia’s illegal annexation of Crimea, RIA Novosti published an article under the headline, “German Media Outlets Report on the ‘Renaissance’ of Russian Crimea,” quoting alleged German praise of the annexation and the development of the Ukrainian peninsula while under Moscow’s control.

However, journalists working for the independent Russian outlet The Insider checked the article and found that RIA Novosti in fact quotes only one source – and not “media outlets” in the plural form, as it states in the headline.

The Insider also looked at the one German source which RIA Novosti does quote, Der Globus Deutschland, and notes that this website seems to have existed for just two months and does not provide information about its address, its chief editor and who owns and controls it.

Many of the texts the website publishes also do not resemble newspaper articles, but are simply very short and unsourced quotations copied from other outlets

The article about Crimea on Globus Deutschland turns out to be a translation into German of a piece originally published in English by the outlet EU Reporter – a relatively small portal which predominately attracts traffic from the Philippines, Russia and Ukraine, The Insider’s research shows.

It is not the first time RIA Novosti and other Kremlin-loyal media report about positive attitudes in the West towards Russian control of Crimea in a – to put it mildly – selective way. A recent example was the story about Europeans allegedly seeking refuge in Crimea “from aggressive sexual education, homosexual dictatorship and juvenile justice.”

The excitement over the German publication also let INOSMI to publish a full Russian translation of Der Globus Deutschland’s article.

INOSMI translates international press into Russian under the slogan “How the world reflects Russia. We translate. You decide”; but the outlet has been criticised by researchers for politicising its work, both in its choice of material and with regards to the accuracy of its Russian translations.

INOSMI is in turn a part of the Rossiya Segodnya media holding, which also includes Sputnik – and RIA Novosti. The CEO of Rossiya Segodnya is the EU-sanctioned Russian state propagandist Dmitriy Kiselyov.