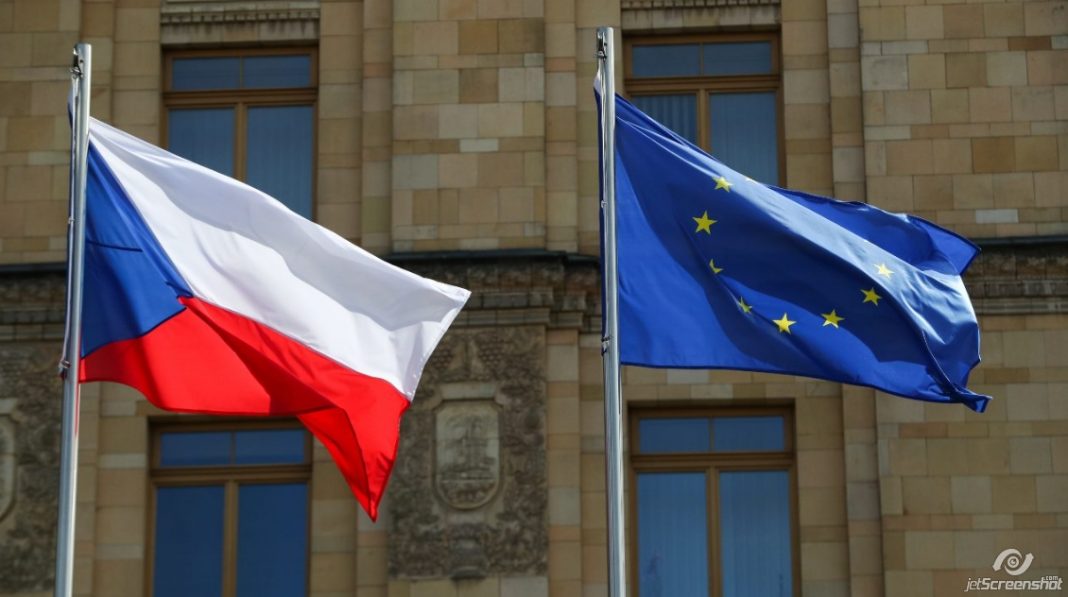 By Pavel Havlíček, for CEPA

Russian diplomacy alleges open lies and disinformation from the Czech Republic, which it says has several other reasons for publicizing the case now

The Czech Republic is being swamped by an ever-rising wave of disinformation from Russia, following the government’s revelation that Russian military intelligence was behind the Vrbětice ammunition depot explosions in October 2014 which killed two Czech nationals. The news was followed by a mass expulsion of Russian diplomats and spies.

The finding of Russian sabotage was based on intelligence material which cannot be released for reasons of national security, and the information space was left largely empty after the Czech announcement. In the by-now familiar pattern, the vacuum was filled by the Kremlin’s disinformation machine and their proxies in the Czech Republic. These included some politicians, including the country´s president, who mouths Russian theories contradicting the official line from law enforcement and the Czech government, and so undermines the international credibility of the Czech Republic among partners from the EU and NATO.

The public was first made aware of the crisis at a press conference on 17 April, when the Czech Prime Minister Andrej Babiš and Deputy Prime Minister Jan Hamáček announced findings from the Czech secret services and the security community about the involvement in 2014 of the GRU in explosions at Vrbětice, close to the Slovak border. In response, the Czech Republic ultimately decided to expel 81 Russian diplomats from its enormously overstaffed embassy. The mission represents a long-term problem in bilateral relations, with at least 18 diplomats were identified as Russia´s GRU or SVR agents — though Western agencies say the vast embassy complex in Prague is a regional base for spying on Germany and probably holds many more. Russia sent home 20 Czech diplomats in retaliation, paralyzing the much smaller Czech mission, and the future of Czech-Russian relations too. The Kremlin may yet expel more Czech diplomats, though there are only seven left. Russian media report Czech beer or industrial exports may be targeted instead.

Reports from the government and the security community confirmed that the GRU operation conducted by the infamous “death squad”, Unit 29155, led to the sabotage of ammunition depots in Vrbětice containing more than 50 tonnes of ammunition. The motive lay in the ultimate destination of the weaponry — Ukraine, which at that time was already facing Russian aggression in Donbas. This thinking is supported by parallel operations against ammunition depots in Bulgaria and an arms dealer linked to the Vrbětice site, Emilian Gebrev, who confirmed the story and who was himself poisoned together with his son and a colleague in 2015.

Babiš’s government showed the willpower not only by resolving a long-term challenge of the Russian diplomatic over-representation in Prague, but also by formally announcing that Russia´s Rosatom would be excluded from the tender for the Dukovany-II nuclear power station.

From the moment of the Czech government’s statement, Russian officials, state media, and proxy groups not only denied the evidence, but also sought to muddy the waters with alternative stories based on the standard-issue “why now?”, and “who really benefits?” (cui bono) logic. These tend to emerge from official sources and politicians and are later parroted by proxy groups.

Russian diplomacy alleges open lies and disinformation from the Czech Republic, which it says has several other reasons for publicizing the case now. The first is related to U.S.-Russia relations and the Czech Republic’s supposed role of “loyal” ally with a “massive anti-Russia psychosis”. Such language was used by President Vladimir Putin, who during his state of the nation speech to the Russian parliament referred to “Tabaqui´s jackals” (the Czech Republic) and the still more dangerous “Shere Khan” (the United States), both references to less-than-admirable characters in Rudyard Kipling’s Jungle Book.

Second, the Russian Ministry of Foreign Affairs (MFA) has alleged a connection between the so-called attempted putsch against Alexander Lukashenko in Belarus (itself widely viewed as fabricated by the Belarusian and Russian secret services). The Czech escalation was supposed to serve as a cover for a large-scale operation orchestrated by the U.S. The link was provided by Belarusian citizens and former spokesman of Lukashenko during the 1990s.

Third, Russian officials questioned the timings, which took seven years to investigate and was — based on Kremlin reasoning — designed to provide a pretext for exclusion of Russia´s Rosatom from the nuclear tender for Dukovany-II. The “spy game” was also supposed to escalate bilateral relations for political gains before Czech parliamentary elections, scheduled for October.

As the Czech company Semantic Visions revealed, covid-19 disinformation groups on the Czech social media suddenly switched from the pandemic narratives to the Czech-Russian escalation and prepared the ground for a massive inflow of manipulative content inspired by the Kremlin, as we previously saw in the case of Salisbury campaign of 2018.

When the pro-Kremlin Czech President Miloš Zeman finally broke his silence and commented on the Vrbětice affair, he made things much worse. His presidential press conference confused the situation, opened the doors for alternative explanations and narratives, and provided an opportunity for the Russian media and proxy groups to attack the official reasoning for investigation.

The President has spoken about two equally legitimate versions of events, although the government of the Czech Republic states that there is only one. Zeman has also claimed that there is no evidence that the GRU agents visited the ammunition depots in October 2014, despite evidence from official investigators, journalists and civil society. Lastly, the Czech head of state also attacked the domestic intelligence service, the BIS, and claimed that it had said nothing about the issue for several years, despite annual reports monitoring and warning against the role of Russian undercover operations, recruitment of Czech citizens, and the wider operations of the secret services in the country.

Once again it became clear that the Czech president and some extreme forces on the domestic political scene promote narratives that favor the Kremlin and its interests, giving additional opportunities for Putin´s regime to deceive, confuse and distort the logic of its overt aggression against the EU and NATO member states.

It remains open to question whether the Czech government can find a way to combat Russia’s continuing disinformation warfare, but this will undoubtedly be much harder when even senior Czech figures assist these destabilizing techniques. It will present an enormous challenge in the coming weeks and months. The diplomatic and political response has so far been strong and decisive, but the battle for the hearts and minds of Czech citizens has not yet been decided.

By Pavel Havlíček, for CEPA