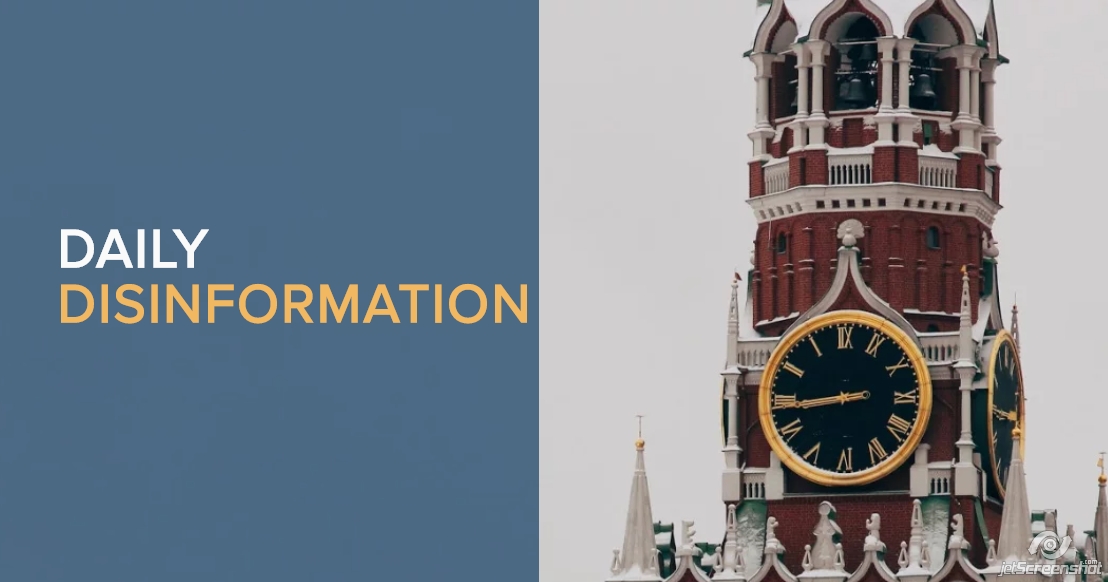 By Alex Lehtis, for CEPA

Russia has long been using disinformation, weaponized corruption, organized crime, and oligarchic structures to maximize its influence in Georgia, Moldova, and Ukraine.

On May 14, CEPA hosted a panel discussion on Russian active measures in these countries during the covid-19 pandemic. Brian Whitmore moderated, and the Atlantic Council’s Eto Buziashvili, the Public Interest Journalism Lab’s Nataliya Gumenyuk, and WatchDog.MD Community’s Valeriu Paşa weighed in with their thoughts. Key takeaways (paraphrased and condensed for clarity):

Russia seeks to exploit so-called “traditional values.” One of the newest disinformation campaigns was introduced by the anti-western, pro-Russian “Alliance of Patriots of Georgia.” This involved calling citizens asking whether they support Georgia’s military independence, without providing context. The caller then claims that the majority of Georgians do not support relations with NATO, with the aim of increasing polarization and confusion.

Sputnik Ossetia published an article warning the population in the separatist-run territory not to accept any medical help from Georgia, and claiming that the U.S.-funded Richard Lugar Center for Public Health Research has deliberately infected people with covid-19.

Meanwhile the personal data of four million Georgians stolen in 2011 resurfaced in an online hacking forum two months ago. These data could be used for a variety of nefarious purposes: privacy breaches, ID theft, and election-related intimidation. In October 2019, there was a large-scale cyber attack against government websites and networks inside Georgia, which the U.S., UK, and Georgia have since attributed to Russia’s main intelligence directorate, the GRU.

Over the course of six years of war and occupation by Russian forces, Ukrainian society has become partly “vaccinated” against Kremlin-sponsored disinformation. While Russia is often referred to as an hybrid, theoretical, or online threat, its malign actions have a concrete effect on those living in the occupied territories of Crimea and the Donbas. These territories are deprived of international healthcare advice and assistance, leaving populations vulnerable to the pandemic.

Trust in the state is one of the most critical features of the global fight against covid-19. President Zelenskyy’s ratings are higher than they were a year ago, though trust in the state remains low. Russia’s disinformation efforts in Ukraine will depend on how the Kremlin performs during the crisis. Many Russians distrust their national healthcare bureaucracy; it will be telling to see how Russian society will judge the Kremlin’s performance. China’s pandemic PR campaign in Ukraine has convinced people that China, not Russia, succeeded in the fight against covid-19, and that the European Union’s response was chaotic and lacked solidarity.

The UN Secretary-General António Guterres called for a global ceasefire in the early stages of the pandemic. Unfortunately, even during this crisis, the call for a ceasefire has gone unheeded. Though the Donbas has fallen from the front pages, monitors from the Organisation for Security and Cooperation in Europe (OSCE) are still recording shelling and shooting across the line of contact and there have been cases of civilian deaths due to landmines.

Moldova exemplifies Russian success in its active, subversive measures aimed at state-capture, with a similarly dark cocktail of corruption, patronage, oligarchs, and disinformation. Opinions on Western integration are much more polarized than in Ukraine and Georgia. The geopolitical split is the result of ongoing anti-Western disinformation and propaganda campaigns, initiated by the Kremlin and disseminated by local actors in Moldova.

President Dodon increased his popularity by transferring the positive image of Russian President Vladimir Putin onto himself. The Kremlin, in turn, openly lavished the Party of Socialists with financial, political, and media support. Moldova has 10 television stations which rebroadcast Russian content. Kremlin propaganda is streamed into Moldova in both Romanian and Russian languages, seeking to inflame religious issues in both communities.

The struggle between pro-Western and pro-Russian forces in Moldova represents a normative struggle in governance between two types of systems: one based on the rule of law, accountability, transparency, and institutions, and another based on patronage, kleptocracy, and arbitrary rule. One thing is clear at the moment: all political parties have failed to offer a credible agenda that could translate into political support. The “champion” of this decreased popularity in government has so far been President Dodon. The political dynamic will be more more clear over the next couple of months, but in general Moldova’s political class has failed to deal with the covid-19 pandemic.

By Alex Lehtis, for CEPA

Alex Lehtis is an intern at CEPA.

Common Crisis is a CEPA analytical series on the implications of covid-19 for the transatlantic relationship. All opinions are those of the author and do not necessarily represent the position or views of the institutions they represent or the Center for European Policy Analysis.