The latest round of the U.S. sanctions imposed last week deliver a hard blow to Russian economy, making it top news around the world on Monday – except for the Kremlin’s news agency Sputnik. 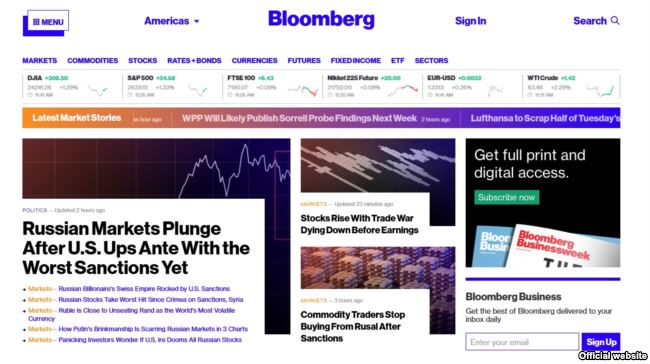 Reuters says the Russian ruble dropped 3.67 percent, its biggest daily fall in more than three years, to trade at 60.31 to the dollar at 1512 GMT. 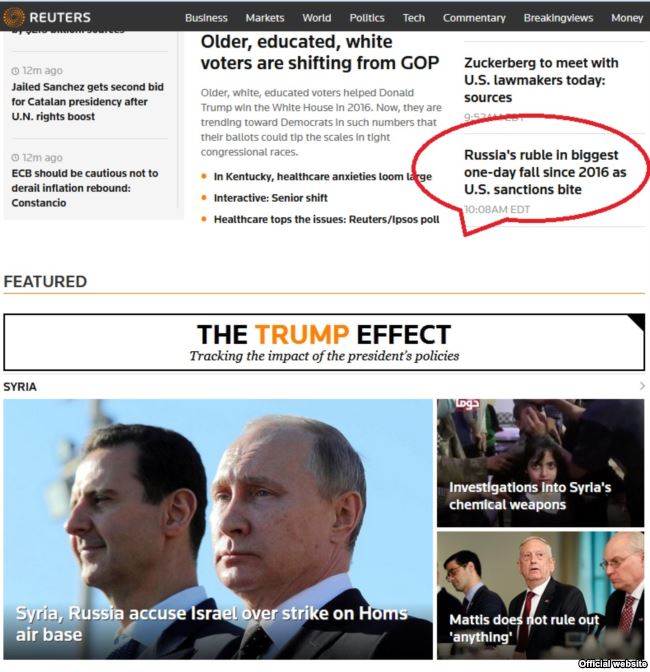 ​Forbes runs a real time ranking of the world’s billionaires showing the Russian tycoons on the U.S. sanctions list are losing billions. 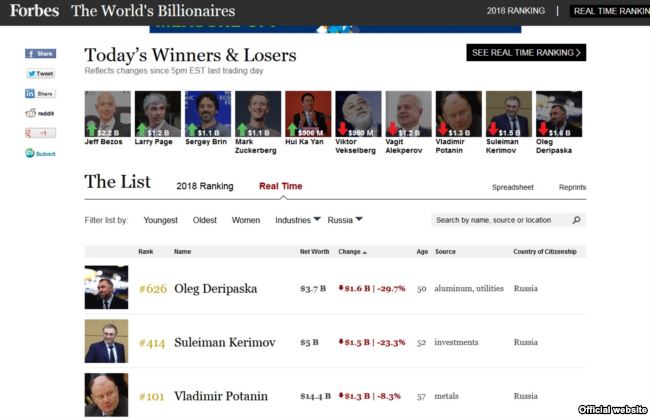 Russia’s independent newspaper The Moscow Times dedicates the front page of its Website to the economic and financial crisis, featuring a story headlined: “50 Richest Russians Lose Close to $12Bln After Latest U.S. Sanctions.” 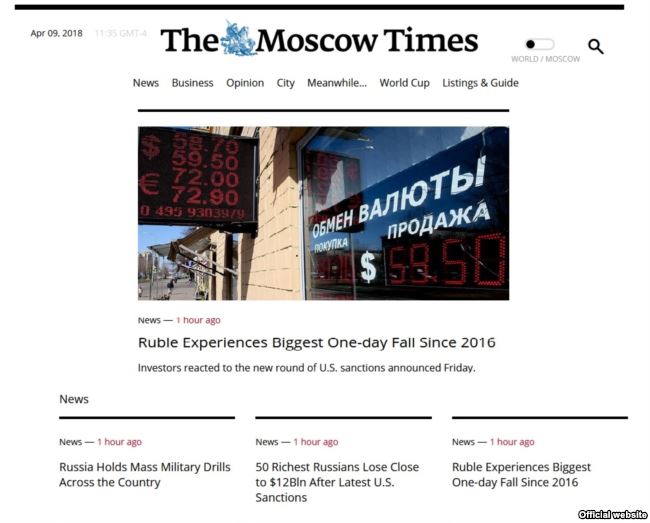 The front page of Sputink’s Website at the end of Monday’s business day, shown below, includes a “Breaking” section. Featured here is a story accusing the Syrian White Helmets of conducting a “disinformation campaign” and quoting the Russian Defense Ministry as calling the allegations that chemical weapons were used in Douma “staged.”

Other “breaking” stories include one headlined: “Is China preparing a Yuan Surprise in the trade war with the US?” Another is headlined: “95% of Turkey’s population oppose alliance with NATO,” while others focus on Russia’s energy interests in Europe. Although the Chinese currency story was posted in the “breaking” section, the record fall of Russia’s own currency is nowhere to be seen there. 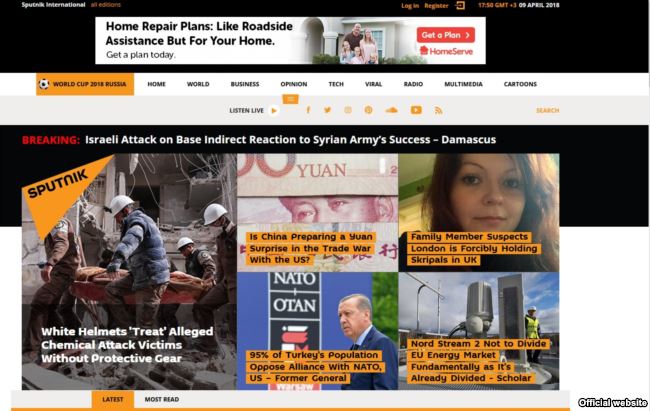 The “Top stories” section on Sputnik’s Website also includes no reports about the sanctions or their impact. 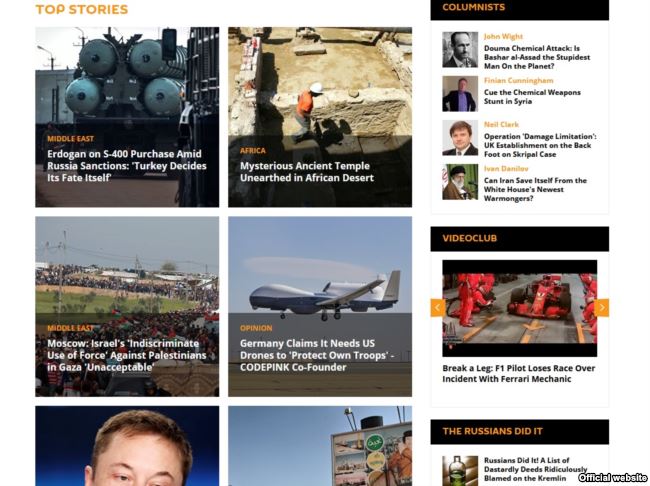 Even the “Russia” section of the Sputnik Website includes no reports about the most important economic development of the day in Russia. 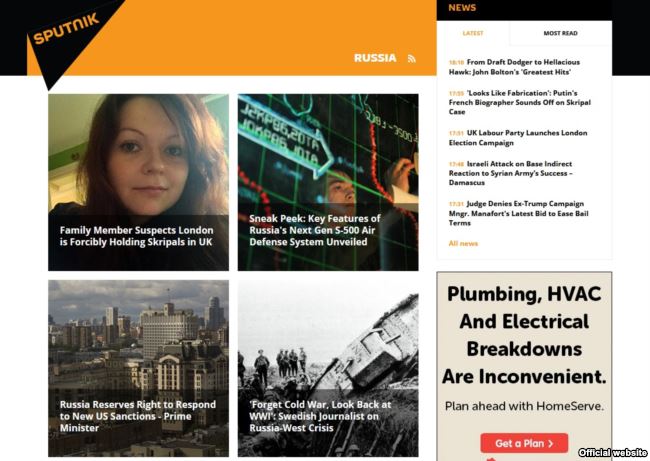 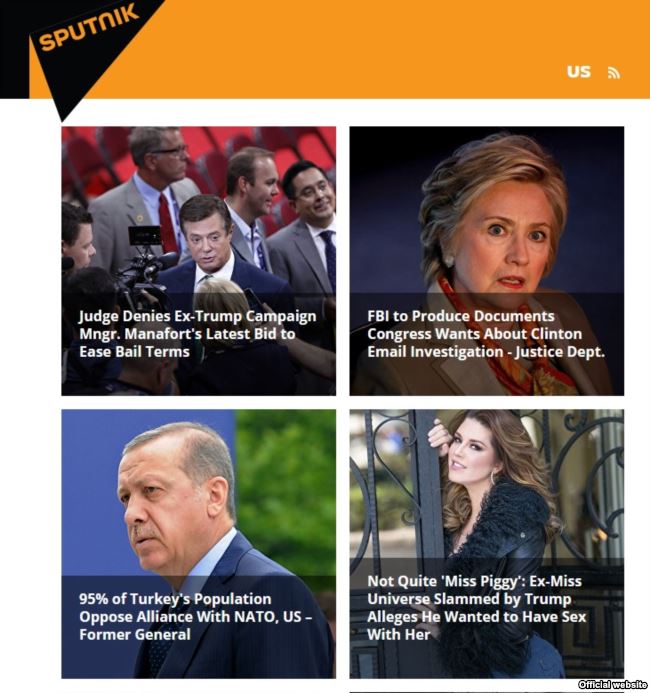 This review was completed at 1 p.m. EDT — 8 p.m. Moscow time – on April 9, which means that even after the Kremlin’s press secretary fiercely criticized the sanctions, and Russia’s prime minister called for emergency support for the companies and tycoons targeted for sanctions, Sputnik still did not consider this “breaking” or “top” news, or even worth mentioning on its Website. 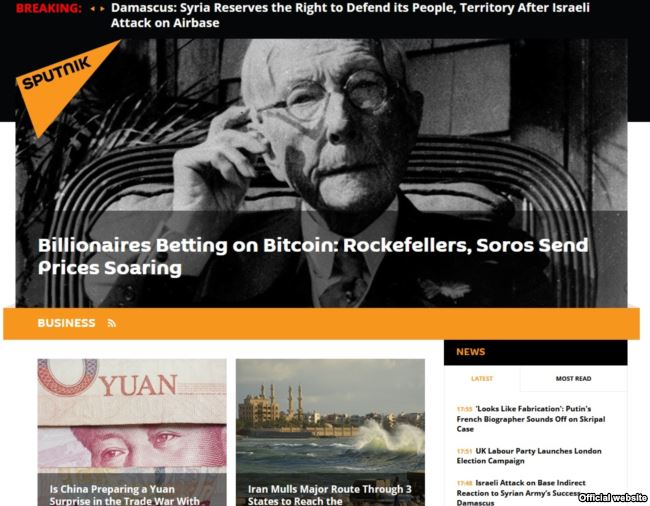