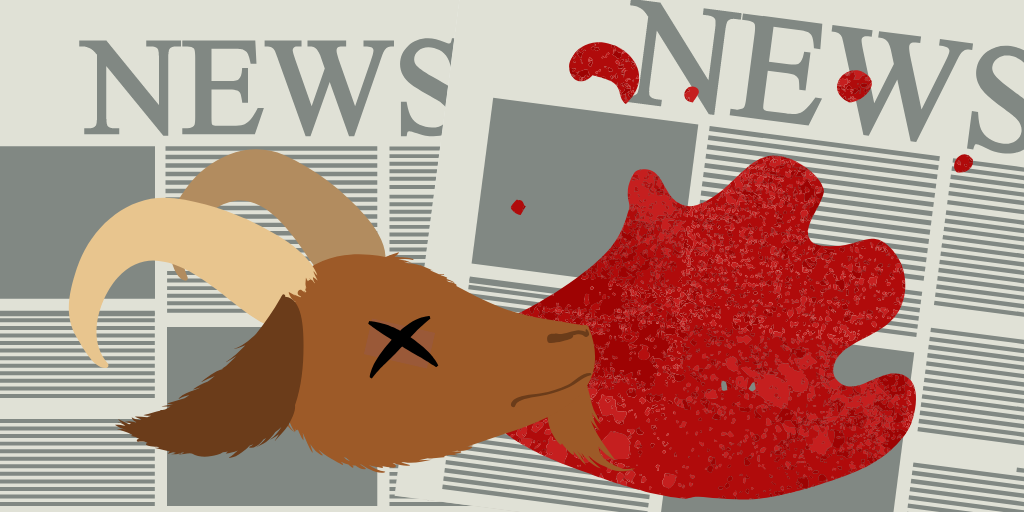 What is worse? To spread lies or to prevent others from telling the truth? The organisation controlled by the Russian businessman Yevgeny Prigozhin, popularly known as “Putin’s cook”, does both, according to new reports published by the independent Russian newspaper Novaya Gazeta.

Mr Prigozhin’s business activities stretch from providing catering services in Russia’s schools and armed forces to running the infamous St. Petersburg “troll factory”, a news agency targeting, among others, Russian and American audiences, as well as the Wagner Group – a private military company which has been involved in combat in Syria and eastern Ukraine.

On top of these already well-described enterprises, Novaya Gazeta has now published information about an additional branch of Mr Prigozhin’s activities: attacks on Kremlin-critical Russian bloggers and opposition activists, carried out by a specialised group of thugs. According to Novaya Gazeta, the team was also specialised in using poison in its attacks, in which cases a team member, who had been trained as a professional pharmacist, played a key role.

Novaya Gazeta’s article with the headline “The Cook Likes It Hot” has become possible thanks to the testimony of a whistle blower, Valery Amelchenko, who has worked in a unit of Mr Prigozhin’s “security service”.

One of the victims Novaya Gazeta managed to identify is a Russian blogger named Anton Grischenko.

Appearing online under the alias Huipster, Mr Grischenko ran a popular video blog on Youtube, in which he mainly discussed problems in his home town of Sochi in the south of Russia.

According to Mr Amelchenko’s testimony, the team travelled to Sochi and attacked the young man following his publication of a caricature of President Vladimir Putin on his Twitter account; the caricature had originally been published in Le Monde. Immediately after the attack, which the victim survived, he deleted all his social media accounts.

Combining the whistle blower’s testimony with additional investigations, Novaya Gazeta also makes the strong case that a regime critical blogger, Sergey Tikhonov, a local of Pskov in north-western Russia writing under the alias Skobars, was killed from poisoning by the team on 29 June 2016.

Novaya Gazeta’s information sheds new light onto the case of Mr Tikhonov’s death. His friends and relatives had until now been convinced that he died from a heart attack in the street not far from his home.

Another poison attack, which Novaya Gazeta attributes to the group, has already been subject to publicity since the victim, Sergey Mokhov, is the husband of Liubov Sobol, a well-known lawyer in the Russian opposition politician Alexey Navalny’s anti-corruption team.

According Novaya Gazeta’s whistleblower, it was a member of Prigozhin’s security team who on 25 November 2016 stabbed a needle and a syringe with an unidentified substance into the thigh of Mr Mokhov, who survived the attack but suffered convulsions and temporary loss of the ability to feel his body.

According to Novaya Gazeta’s source, the aim of the attack was “to scare” Mr Mokhov’s wife, whose anti-corruption investigations at the time of the attack were focused precisely on contracts between the Russian authorities and Yevgenyi Prigozhin’s businesses.

Novaya Gazeta has corroborated Mr Amelchenko’s testimony with numerous other sources and has found it to be trustworthy.

According to the whistleblower, the group has been operating not only in Russia but has also carried out a murder in eastern Ukraine, experimented with poisonous substances on captive humans in Syria – and apparently also had activities in the EU. The whistleblower has mentioned work carried by Prigozhin team on Spain’s Canary Islands. However, Novaya Gazeta notes that this part of the testimony is not yet elaborate enough for the newspaper to be able to verify it.

Mr Amelchenko disappeared on 2 October, following a number of meetings with Novaya Gazeta’s journalist, in what looked like a violent attack and after having complained about being followed. He was missing until he resurfaced accompanied by his lawyer on 25 October, four days after Novaya Gazeta’s publication.

Novaya Gazeta’s reporting has not gone unnoticed in Russia.

Even before the story was published, a funeral wreath with the name of the journalist who authored the article, Denis Korotkov, was sent to Novaya Gazeta, and a severed goat’s head was left in a gift basket outside the newspaper’s offices, as reported by Meduza.

After the publication, nine live sheep, some dressed in blue vests reading “Press, Novaya Gazeta,” were left in cages in front of Novaya Gazeta’s newsroom, as reported by RFE/RL.

Novaya Gazeta also published an article comparing the intimidations against Novaya Gazeta and its journalists to the recent case in Finland, where a judge punished criminals with prison and fines for harassing and slandering journalist Jessikka Aro. However, as Novaya Gazeta noted, “those who ordered, organised and carried out intimidations of [journalist Denis] Korotkov can feel completely safe, contrary to their ‘colleagues’ in Finland.”

Novaya Gazeta has seen five of its journalists murdered for their investigations since 2001, the best-known case being that of Anna Politkovskaya.

Novaya Gazeta’s new revelations have already  been covered in a number of international English language media, among them RFE/RLand Meduza.