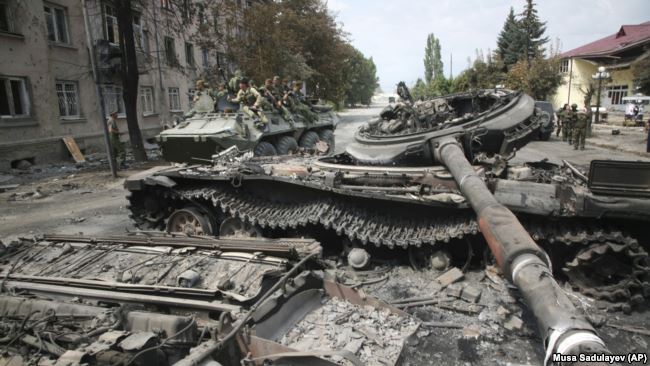 “Can NATO bring anyone closer? History does not know any such examples. What I can see is that NATO is adding new members, who are now being pulled in by various methods.”

Acquiring NATO membership is a long and complicated process

During a press briefing on April 4, Russian Foreign Ministry spokeswoman Maria Zakharova fielded a question about NATO, which is currently marking its 70th anniversary.

Asked if NATO was bringing certain countries in Europe and Russia “closer together,” Zakharova answered: “Can NATO bring anyone closer? History does not know any such examples. What I can see is that NATO is adding new members, who are now being pulled in by various methods. What does this lead to? It is clear that when an increasing number of countries are consolidating, an illusion can be created that they have some unifying agenda. But, if you look at the world map, particularly Europe, but not only Europe, you will see that there is nothing unifying there.”

History is replete with examples of military alliances that brought countries closer together, as well as countries moving closer together in response to such alliances, for better or worse. The first and second world wars are good examples.

However, Zakharova echoed a common theme in Russian state rhetoric about NATO — specifically, that countries are being “pulled” into NATO by “various methods.” This implies that NATO is somehow enlarging against the will of new member nations. In reality, there have been debates about NATO expansion among the leaders of member states since the end of the Cold War.

NATO has what is called an “open door” approach to membership. As explained in the “Frequently Asked Questions” section of the alliance’s website: “Any European country in a position to further the principles of the Washington Treaty and contribute to security in the Euro-Atlantic area can become a member of the Alliance at the invitation of the North Atlantic Council.”

But an invitation comes with requirements for the aspiring member state. “Countries aspiring for NATO membership are also expected to meet certain political, economic and military goals in order to ensure that they will become contributors to Alliance security as well as beneficiaries of it,” the FAQ explains.

In fact, the process for joining NATO is far more specific and complicated than the Alliance’s official site lets on. NATO develops separate a Membership Action Plan (MAP) for each aspiring candidate, and the alliance officials and analysts acknowledge the admission criteria are complex.

Each membership action plan has five chapters: political and economic issues, defense and military issues, resource issues, security issues, and legal issues. The first chapter — political and economic issues — requires candidates to have stable democratic systems, pursue the peaceful settlement of territorial and ethnic disputes, have good relations with their neighbors, show commitment to the rule of law and human rights, establish democratic and civilian control of their armed forces, and have a market economy.

The defense chapter provides for candidates to reform their armed forces and to contribute militarily to the collective defense, while the resource chapter deals mainly with allocating sufficient funds to defense.

The last two chapters, security and legal issues, require aspirant countries to ensure the proper security of sensitive information according to NATO standards and bring national legislation into line with that of the alliance.

Although the Warsaw Pact disbanded in 1991, the same year as the dissolution of the Soviet Union, NATO did not add new members until 1999, with additional rounds of enlargement in 2004, 2009 and 2017, a steady pace at odds with the characterization.

For example, NATO’s newest member, Montenegro, became an independent country via a referendum in 2006 and within a few months was offered and accepted membership in NATO’s Partnership for Peace program (which Russia had joined in 1994). The country was finally invited to membership talks in 2015 and became a NATO member state in June 2017.

In other words, a state which achieved independence in a democratic referendum in 2006 quickly got on the path to NATO membership but only achieved it nearly a decade later. If NATO’s goal was simply to “pull” as many countries into its ranks as possible, it could have offered Montenegro membership much sooner.

NATO’s expansion began years after the fall of the USSR, if one excludes unified Germany, which by default expanded the borders of the alliance to include the territory of the former German Democratic Republic. The first former Warsaw Pact states to join the alliance were Poland, Hungary, and the Czech Republic, which became members in 1999. Bulgaria, Slovakia, Romania and Slovenia joined in 2004, the same time as Lithuania, Latvia, and Estonia, which were the first former Soviet republics to join the alliance. In 2009, Croatia and Albania were the last countries to become members until Montenegro in 2017.

In April 2008, NATO rejected Ukraine and Georgia’s request for Membership Action Plans. Both Germany and France opposed doing so specifically because Russia voiced concerns about NATO expansion. Because NATO makes decisions based on consensus among member states, neither Ukraine nor Georgia received a Membership Action Plan.

In August 2008, Russia and Georgia fought a five-day war, during which Russian troops pushed close to the Georgian capital of Tbilisi. In February 2014, Russian troops began occupying Crimea, which was annexed by Russia shortly before Russian and pro-Moscow forces in eastern Ukraine started a new conflict by declaring two “republics” in the region. Even as the war in Ukraine was raging in June 2014, NATO refused to grant Georgia a Membership Action Plan.

​Based on this history, the idea that NATO is actively trying to “pull,” or, to use another term commonly used by Russian officials and state media, “drag” countries into NATO, is false. In fact, the opposite is true. Russia has spent considerable time and energy interfering in the politics of various nations in order to block them from NATO membership or even potential NATO membership. In Macedonia, Russia agitated against an official name change that Greece agreed would be sufficient for it to drop its decades-long opposition to the former Yugoslav republic’s accession to NATO and the EU. In Montenegro, Russia is believed to have taken a more hands-on approach, using its intelligence services to help engineer a coup against the pro-NATO government in October 2016.