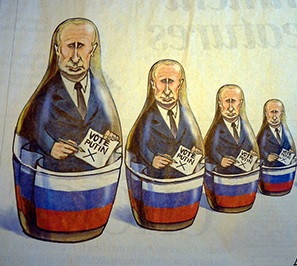 The French and the German elections clearly proved two things about Russian meddling efforts. First, there were obvious attempts to interfere in both cases. Second, that these efforts can be easily pushed back if there is a political will to do so. In this piece, we aim to examine both the interference opportunities for Russia in the upcoming elections in Central Eastern Europe (Austria, Czech Republic, and Hungary), countries that have a long history of Russian influence efforts of different kinds, by drawing parallels between Western meddling attempts, and Eastern countries’ recently revealed vulnerabilities towards Russia.

The main difference between Western, and Eastern meddling opportunities for the Kremlin is the regionally distinct modus operandi in Russian influence. While, the West proved to be a breeding ground for state of the art information warfare utilizing “bots,” the East has a multitude of local mainstream political, economic and disinformation actors in the pockets of the Kremlin.