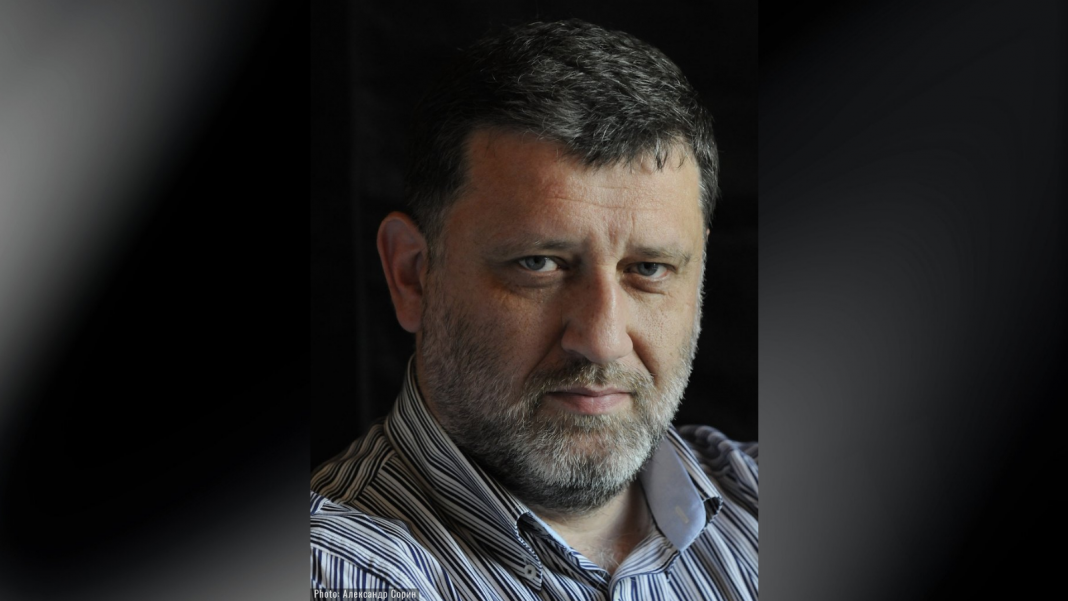 Sergei Parkhomenko is a veteran Russian journalist and the host of a weekly talk show on the Ekho Moskvy radio station. He is also a respected political commentator known for his activism against election fraud. In an interview for EUvsDisinfo, he reflects on the Russian government’s protracted campaign against civic activism and the extraordinary difficulties faced by journalists in Russia today.

As a journalist and editor, you have closely followed media developments in Russia over the past 30 years. What are the main trends you observed over this period?

I would say that the most noteworthy trend has been the Russian government’s attempt to take complete control of the media scene in the country. From their standpoint, the media market needs to be entirely destroyed and media need to be deprived of any economic basis for independent survival. This is precisely why the government seeks to control the distribution and advertising markets since these constitute the primary sources of income for any media outlet.

Today, with the intense migration of media to online-only outlets, authorities seek to control the Internet. They seek to create a situation in which the only possibility for outlets to exist would be through a contract with them – a contract in which authorities commission this and that piece from media outlets on this or that topic.

This has already been the case for many years in the Russian regions, where all media outlets without exception exist solely because they have an agreement with the regional authorities. They receive funding from the regional budget and are entirely subordinate to the authorities. They are under complete control. These are not necessarily outlets that belong to the state, but they owe their existence to the income they receive from the local state budget.

This is an ideal scheme from the point of view of Putin and the current Russian regime. They are trying to expand this scheme so that media can exist only if they have some sort of relationship with the authorities. Journalists try to resist this; they try to preserve their independence to retain their ability to establish media outlets that are free, autonomous, and independent from the government, with their own sources of funding and economic self-sufficiency.

In my opinion, this struggle is at the heart of the main conflict unfolding in the Russian media sphere over the past 30 years. Or rather, over the past 20 years, because it all began in 2000 when Media-Most, the biggest Russian media company at the time, was dismantled.

The law on “foreign agents” has exacerbated this struggle and dealt a severe blow to independent media outlets as well as individual journalists. How has this law affected the media environment, and what can we expect in the imminent future?

This law intends to deprive Russian media outlets of their rights as companies and Russian journalists of their rights as citizens, guaranteed by other laws and the constitution. The law is designed in such a way that it supersedes and cancels other laws. Citizens enjoy civil rights such as the right to the inviolability of private life, the confidentiality of correspondences, the privacy of one’s place of residence, the confidentiality of bank deposits, and so forth.

The law on “foreign agents” annuls all these rights. It creates a situation in which individuals, once labelled “foreign agents,” lose their rights. They are required to report on their every movement constantly; they face restrictions on engaging in certain activities and practicing certain professions. In a number of cases, there are also restrictions on their movement.

This law is destroying the rights that media outlets enjoy as commercial enterprises and the system of guarantees and civil rights citizens would normally enjoy in Russia. It was created, in essence, as an instrument of repression. That is its only purpose.

Many Russian journalists have fled the country over the past year. Today, entire newsrooms are operating from abroad. In the long term, do you think exiled media outlets can continue to offer qualitative and relevant information for audiences in Russia?

We know that Russian media outlets in exile operated in the late 19th and early 20th centuries. Today, the situation is entirely different, and I don’t know whether media outlets can successfully survive in such conditions in the long term. It may turn out in several months or years that these media outlets can’t function because they are cut off from their readers and their linguistic environment and that they’ll be forced to shut down. It may also turn out that it is possible to survive remotely thanks to the Internet. Time will tell.

For many years now, you have hosted a weekly talk show on Ekho Moskvy in which you freely express your opinions. Do you think such “islands” of free speech will continue to exist in Russia? How do you see your own future as a journalist in Russia?

I don’t know this either. We’ve been operating for many years with the full awareness that each of my broadcasts — which air on Friday at 21:00 — could be the last. I understand that there may never be another broadcast for me.

Every time I bid farewell to my listeners, I tell them: “We’ll meet again, I hope, next Friday evening at 21:00.” I really do hope so. One day, I might be told that my programme has been canceled, that the radio station now has a new “profile,” new interests, and that my services are no longer required.

I don’t know how long Ekho Moskvy and other such islands of free speech, as you call them, will survive – these are certainly isolated examples of media outlets that still operate in Russia, like Dozhd or Novaya Gazeta, along with a handful of other outlets.

Everything, however, is being reshaped by the Internet. Today we see a sizeable number of recently established, mobile, and energetic online media outlets that focus on investigative journalism. For the time being, they can exist. But such outlets have operated so far with journalists based in Russia. Increasing numbers of journalists are being forced to leave Russia, which brings us back to the previous question: I don’t know whether these journalists and media outlets can continue working in such conditions in the long run. We’ll see.

Concerning predictions for my own future, I think I’ll also need to become a journalist whose work is distributed exclusively online. I place my bets on YouTube. I believe this is where the opportunities are, that it’s possible to build a community of listeners and viewers on YouTube around one’s personal YouTube channel. Whether I’ll be able to pull this off, I don’t know.

How does one work in such conditions, also from a psychological perspective, when you don’t know what tomorrow will bring? For journalists but also for media outlets need to have, like any business, a development plan?

Psychologically it isn’t easy. It requires additional efforts and allows only for short-term planning; we can’t count on the long term. Unfortunately, these are the working conditions of Russian journalists. They can’t change these conditions. These are the circumstances offered to them by the political environment, and we need to work with them as best we can.

In addition to journalism, you are also known for your civic activism, including your role in organising street protests in 2011 and 2012 against election fraud. Parliamentary elections also took place this year, yet no one took to the street. What happened?

The fact that we didn’t witness anything this year is not an unexpected event; it’s the logical result of the evolution after 2011 and 2012. Russian authorities got really scared by these protests and have since employed a great deal of effort to eradicate all protest activity. This was done on a legislative level.

Numerous laws have appeared since – the law on “foreign agents” is just one of them. There are now laws that severely restrict the activities of various types of NGOs, laws that make donations and crowdfunding – which are essential in a variety of civil projects – extremely difficult. Some laws significantly loosened the reins on various punitive bodies, and it became much easier to spy on people, to pressure and intimidate them. Some laws seriously obstruct communication lines by enabling the extra-judicial blocking of sites based on arbitrary decisions by law-enforcement bodies.

In addition, pressure and intimidation took place on a wide scale over this period. A considerable number of people have been detained; some of them were placed under administrative arrest – some for 10, 20, or 50 days, others for several months or several years. The house-arrest system is also widely applied, as well as the practice of placing restrictions on certain types of activity, such as when a court order prohibits people from using mobile phones, the Internet, talking to people, or leaving their home.

Finally, people are beaten up during protests. This wasn’t the case in 2011 and 2012, but today it’s common practice. The Russian National Guard, which wields extensive powers, was established during this period, and its members beat people up on the streets. So people are scared, they are demoralised, and many have been driven to despair. This is why protests have essentially ended in Russia because the government has been enforcing very tough measures to crush them. And they have succeeded.