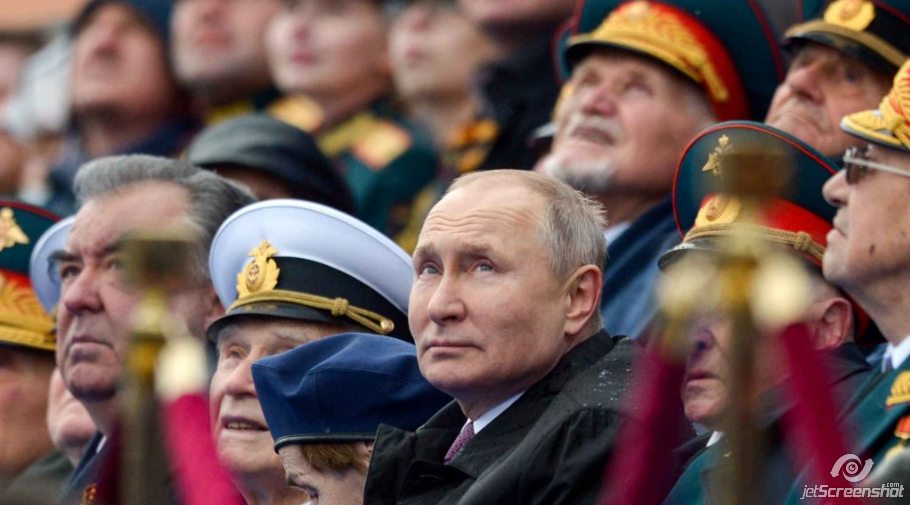 As reality bites, the Russian leader’s only options are bad ones

Within the next five weeks, Vladimir Putin must contrive something to celebrate at his country’s most important patriotic holiday: May 9th, which marks the Soviet defeat of Nazi Germany in 1945.

Two buttons are on prominent display on his desk. One is labelled “Lie” and other “Kill”. They work, up to a point. Putin can order his artillery to reduce Ukrainian cities to blood-soaked rubble. But the gap between the colossal cost and minimal progress is already gaping. More fighting makes it wider. He cannot rely on Russia’s shambolic military defeating Ukraine in time for the party.

Hitting the “lie” button also creates more problems than it solves. Claiming that Ukraine is a Western puppet state run by drug-addled Nazis was quite easy: most Russians will not have the first-hand experience to question it. But Russians do go shopping. And many have young male relatives in the army. It is much harder to persuade them that Europe’s worst war since 1945 is only a limited military intervention, that five weeks of fighting is really an immediate victory, that heavy casualties are really minimal, and that only military targets are being attacked.

As exhausted, cold, demoralized, hungry, and wounded Russian troops return from the first wave of fighting, they will have a different story to tell. Cranking up the propaganda machine, in short, strains the credibility of the regime and the credulity of the Russian people.

Even in the Soviet Union, an information environment sealed by censorship, the party line could not indefinitely survive contact with the truth. The more the authorities insisted that life was wonderful, the less people believed them. The much-fetishized May 9th shindig looks risky: what happens if the crowd on Red Square starts booing or chanting slogans? Putin will remember how a supposedly pro-regime rally called in 1989 by Nicolai Ceaușescu turned into a debacle that cost the Romanian dictator his throne and his life.

Next to the desk is a stopcock, which can turn off Russian energy exports to Europe. He can make countries such as France, Italy, and Germany colder, poorer, and crosser. But not more cooperative: cut-offs will only entrench these customers’ belated realization of the dangers of dependency on an imperialist neighbor.

Putin’s desk also has a phone. But who to call? Some Western leaders, notably Emmanuel Macron of France, will take his call. But they will lecture him about the folly of the war and the need for a speedy negotiated solution. That will not help with the May 9th problem. Supposedly friendly countries such as Kazakhstan want nothing to do with the war. Aliaksandr Lukashenka in brotherly Belarus is tiresomely incoherent, perpetually indigent, and useless: his army will mutiny rather than fight. That leaves only Xi Jinping, whose icy irritation about the cost, disruption, and duration of the ill-planned war offers no relief.

The president’s thuggish sycophants are no help either. They lie to him. He knows it. So do they. He can bully them — but he cannot make them tell him the truth or provide real advice. And he can never fully trust them. For all the luxury of its trappings and for all the power it embodies, the Russian leader’s office is in truth a mental and physical prison.

Only the nuclear briefcase, carried by an ever-present naval officer in a distinctive white cap, offers a way out. A really convincing threat might make a quivering West force Ukraine into accepting terms that Putin can present as a victory.

The unforgiving days march on towards May 9th. What will Putin do? We will all find out soon enough.