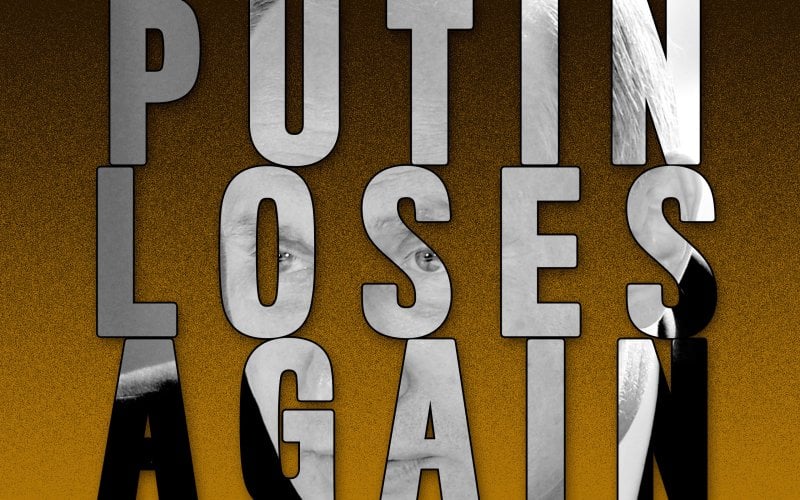 A dodgy imprint has compiled old material by several U.S. and British analysts, without their permission. The aim is pro-Putin spin.
A new foreign-language edition is normally cause for celebration in an author’s household. But in this case the news that two books have been published under my name by the Moscow publishing house “Algoritm” has prompted puzzlement mixed with consternation. One of them is called How the West Lost to Putin. The other is With Putin or without him: what awaits Russia in the next 10 years. I had no idea about either. Nor had my agents, Rogers Coleridge and White, who have dealt with 30-plus foreign-language editions of my previous books.

I am not the only recipient of this unexpected and unwanted compliment. My colleague Luke Harding, a former Moscow correspondent of the London Guardian, and my friend Don Jensen, a veteran cold warrior and commentator, have also had books published in their names. Rather more grandly, another book has come out in the name of Henry Kissinger.

It is hard to work out the justification for what looks like an act of intellectual piracy. “My” two books seem to be a collection of interviews and articles already published in other outlets. I may be mistaken, but I don’t think that Algoritm is going to find that a commercial bonanza. I did publish my first book, The New Cold War in Russian, but sales were modest. The effort of collating and translating less substantial bits of work would hardly be merited by the likely sales.

So it is more likely that the aim is propagandistic. The blurb on the publisher’s website says that: “Lucas expresses the views of that part of the British establishment which is negatively directed to the politics of the Putin regime.” The Kremlin’s spin machine wants to portray Russia as a besieged fortress surrounded by malevolent outsiders. How better to demonstrate that than by publishing an establishment jackal who yaps the tunes of the British establishment?

A wise friend of mine from Washington, D.C., has another explanation. A regular theme in my articles is that the West is underestimating the threat from Putin’s Russia. Put bluntly, we are losing. We don’t understand the effect of Russian propaganda, of Russian money in Western politics, and the scale and speed of Russia’s military buildup, especially as far as nuclear weapons are concerned.

Those words are aimed at the complacency-mongers in the West: people who intone that “there is no military solution” and who believe that all we need to do is to craft a win-win solution that Russia will go for. But seen from the Kremlin, they look like a hymn of praise. Putin has outsmarted the West. A strong, united Russia is winning over its weak, divided and decadent adversaries. Perhaps it is worth publishing a book or two which paints that picture in persuasive colors.

For the record, I also argue that the West is losing not because it is weak, but because it is weak-willed. Against a combined NATO and E.U. GDP of $40 trillion, it is hard to see how Russia, a shrinking petro-economy with a GDP of $1.7 trillion, could mount a serious challenge. The Kremlin’s weapons are at best surprise, bluff and subterfuge, not real muscle. I doubt any Russian publishing house will be interested in making that point forcefully.

I suspect (and hope) this episode will end up as a minor footnote in a bigger story. For now, my efforts are concentrated on my new book, Cyberphobia, which comes out later this month. I don’t want to give too much away (it deals with trust, identity, anonymity and the way the Internet is run), but the Kremlin will hate it.

By Edward Lucas, for The Daily Beast