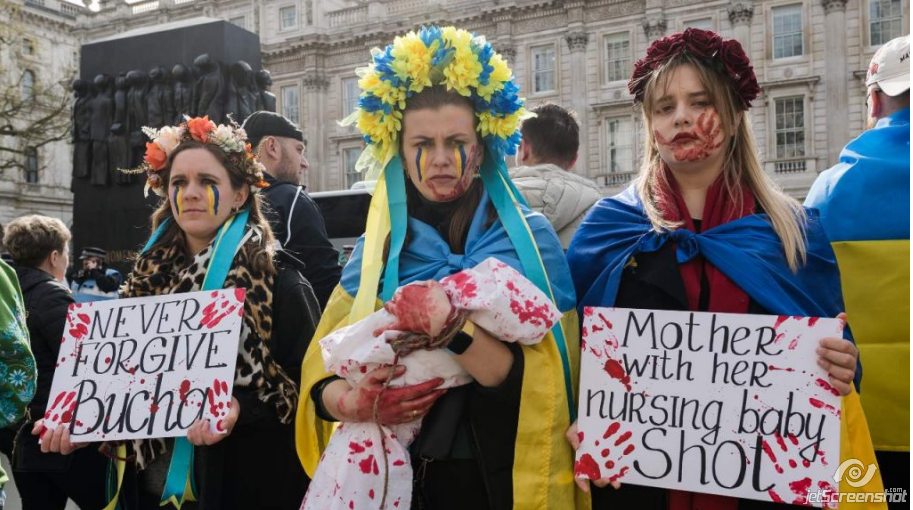 The consensus was stifling. This war is none of the West’s business. The causes are complicated. These fierce, strange people in hard-to-understand places have been fighting each other for centuries. In time, they will stop. Meanwhile, stand clear. Intervention would be hugely costly and probably make matters worse.

Sounds familiar? That was how the West approached the war that erupted in Bosnia-Herzegovina amid the collapse of Yugoslavia in the early 1990s. It changed once suffering became unbearably visible, notably with the shelling of a market in Sarajevo in 1994, which killed 68 people. The UN secretary-general requested NATO airstrikes in support of a previously toothless peace-keeping force. It took another year, but Operation Deliberate Force eventually brought the Serbian leadership and other parties to the negotiating table at Dayton.

We are seeing a similar process now, where other people’s pain eventually punctures Western passivity. At the start of Russia’s invasion of Ukraine six weeks ago, most Western countries were hesitant about offering anything more than humanitarian help. Germany sent helmets. A British plane bearing military aid had to circumvent German airspace. The policy focus was on the (relatively) painless business of freezing Russian assets. Provoking Russia militarily would be dangerous and counterproductive, experts explained solemnly. The priority was peace. At best, Ukraine would avoid outright defeat and dismemberment. And be grateful.

How things change. Most NATO and EU countries are not doing nearly enough. But the once-unimaginable is already normal. Slovakia is sending its S-300 Soviet-made air-defense system, and gaining American Patriots to fill the gap. The Czech Republic is sending tanks. Britain is sending advanced anti-ship missiles, fighting vehicles, and loitering drones. Much more is going on behind the scenes. US aid since the war’s start exceeds $1.7 billion.

One does not need psychic powers of prediction to see where this leads. Each act of willpower and bravery by one country creates a precedent for another country to do a bit more. Only an outright US veto could (perhaps) hold back Ukraine’s friends from providing larger quantities of heavier and more lethal weapons.

The result: few talk now of Ukrainian defeat. The consensus prediction is a bloody months-long stalemate. But on the ground, Russia is retreating — and the hideous cost of its occupation is becoming clear.

That creates a kind of virtuous circle. The better Ukraine is doing, the easier it is to justify taking risks on its behalf. As more barbaric behavior by Russia is revealed, the greater the urgency, and the moral case, for doing more. And the more weapons Ukraine gets, the better its armed forces fare.

Two worries remain. One is how Russia would handle looming defeat. Putin might try to shatter the growing pro-Ukraine consensus through escalation.

Another is the moral dimension. Once we accept that intervention works, the question is why we did not do it earlier. The West could have averted the war in Bosnia by timely pressure, particularly on Serbian factions. Similarly, the military aid now being offered to Ukraine would have been far more effective if provided earlier. Nothing that happened since February 24th has made it easier in practical terms to do the right thing. The only real change is in the political calculus.

And that is shameful. The outside world’s message to those mourning the thousands of dead, to many thousands of maimed and traumatized, and to the millions of people whose lives have been shattered by Putin’s war, is in effect: “please keep dying as conspicuously and gruesomely as possible. That makes it easier for our decision-makers to help you.”

Ukrainians will remember that. So should we.

Photo: LONDON, UNITED KINGDOM – APRIL 10, 2022: Women wearing floral crowns and holding placards a doll covered in fake blood demonstrate outside Downing Street against war atrocities targeting civilians including killings and rape on the 46th day of Russian military invasion in Ukraine on April 10, 2022 in London, England. Demonstrators call on the international community to support Ukraine by supplying arms and implementing an embargo on Russian oil and gas. Credit: Wiktor Szymanowicz/NurPhoto