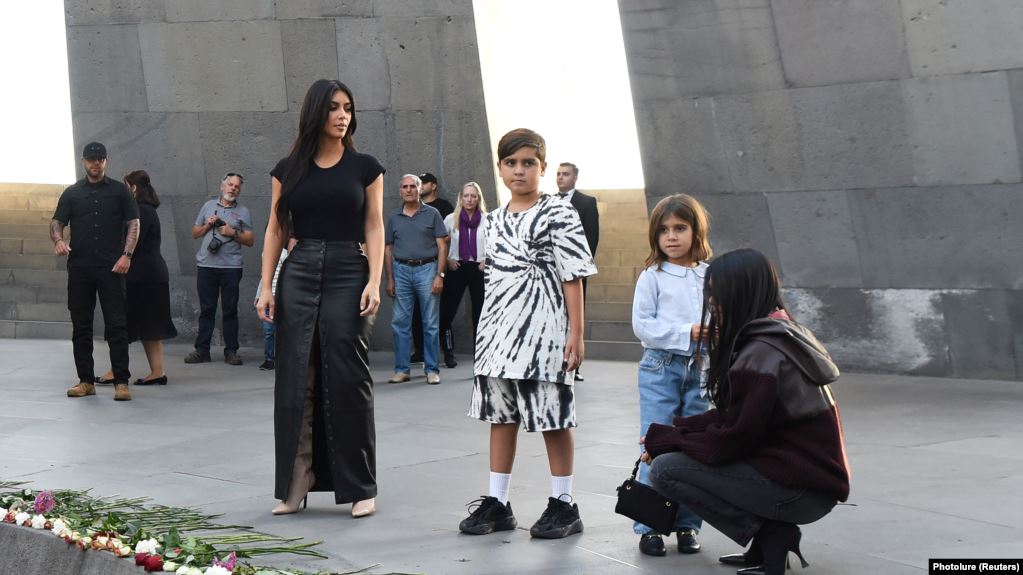 Recep Tayyip Erdoğan
President, Turkey
“We are saddened that a slander against our country is being accepted by a country’s parliament. We would consider this accusation the biggest insult towards our nation.”
Source: The Time, October 30, 2019
False
The Ottoman Empire’s mass extermination of Armenians was a real historic event

On October 29, the U.S. House of Representatives overwhelmingly passed a resolution recognizing the Armenian genocide – the Ottoman Empire’s mass murder of ethnic Armenians in 1915-1923.

On October 30, Turkey’s President Recep Tayyip Erdoğan addressed the nation’s parliament condemning the U.S. congressional resolution and calling the genocide a “slander against our country.”

The draft U.S. Resolution 296 was introduced in the House of Representatives on April 8, 2019.

The resolution referred to the U.S. record on recognizing the Armenian genocide: “Whereas the United States has officially recognized the Armenian Genocide, through the United States Government’s May 28, 1951, written statement to the International Court of Justice regarding the Convention on the Prevention and Punishment of the Crime of Genocide, through President Ronald Reagan’s Proclamation No. 4838 on April 22, 1981, and by House Joint Resolution 148, adopted on April 8, 1975, and House Joint Resolution 247, adopted on September 10, 1984.”

The Ottoman Empire’s mass atrocities against ethnic Armenians, Greeks, Assyrians, Chaldeans, Syriacs, Arameans, Maronites and other Christians in the early years of the 20th century are a well-documented historic fact. In 1997, the International Association of Genocide Scholars unanimously passed a resolution recognizing the Armenian genocide.

The U.S. Holocaust Museum’s archives provide detailed evidence of the systematic mass extermination and expulsion of the ethnic Armenians, with estimates of the number of victims ranging from several hundred thousand to 1.5 million.

According to the Armenian National Institute in Washington, DC, as of 2019, the governments of 29 countries recognized the Armenian genocide, including the United States, Germany, France, Italy, Canada and Russia.

While the governments of Switzerland, Greece, Cyprus and Slovakia adopted laws criminalizing denial of the Armenian genocide, the United Kingdom has refused to recognize the massacre of ethnic Armenians as genocide, saying the 20th century events did not fully meet the conditions of the United Nation’s Genocide Convention.

“The massacres were an appalling tragedy, which the British Government of the day condemned. We fully endorse that view. However, neither this Government nor previous British Governments have judged that the evidence is sufficiently unequivocal to persuade us that these events should be categorized as genocide as defined by the 1948 UN Convention on Genocide, a convention which is, in any event, not retrospective in application,” the UK said in 2007.

However, the UK’s three devolved legislatures – Northern Ireland, Scotland and Wales – have recognized the Armenian genocide.

Although most of sources list the U.S. among the nations that recognized the Armenian genocide, the question of whether the United States has officially recognized it, as the House resolution states, remains a matter of dispute.

There is no vote scheduled in the Senate on the resolution and the U.S. Senate Historical Office has identified no instance when the upper chamber approved a similar resolution recognizing the genocide.

“There have been a number of resolutions introduced over the years, but it looks like the closest one came to passage was in early 1990 when a resolution introduced by Bob Dole of Kansas made it to the floor for consideration,” Assistant Historian Daniel Hold wrote to Polygraph.info. Dole’s resolution failed two procedural votes. At the time, Sen. Dole was minority leader in the Senate, as the leading Republican Party member.

Despite President Reagan’s use of the term in the 1981 proclamation, the Obama White House never referred to the 1915 Armenian atrocities as “genocide,” with the former ambassador to the U.N. now calling the failure a “mistake.”

Erdoğan’s recent comments are not out of character. During his presidential campaign in 2014, Erdoğan, then Turkey’s prime minister, said in interview with the national TV channel NTV: “I was called a Georgian. I apologize for this, but they even said [something] worse: They called me an Armenian,” sparking outrage and accusations of racism.

In 2016, reacting to the German Bundestag’s recognition of the Armenian genocide, Erdoğan said: “I am addressing the whole world. You may like it, you may not. Our attitude on the Armenian issue has been clear from the beginning. We will never accept the accusations of genocide.”

In their October 2006 open letter, the leaders of the International Association of Genocide Scholars said historians who deny the Armenian genocide are pursuing a political agenda.

“Scholars who deny the facts of genocide in the face of the overwhelming scholarly evidence are not engaging in historical debate, but have another agenda. In the case of the Armenian Genocide, the agenda is to absolve Turkey of responsibility for the planned extermination of the Armenians—an agenda consistent with every Turkish ruling party since the time of the Genocide in 1915,” the letter said.