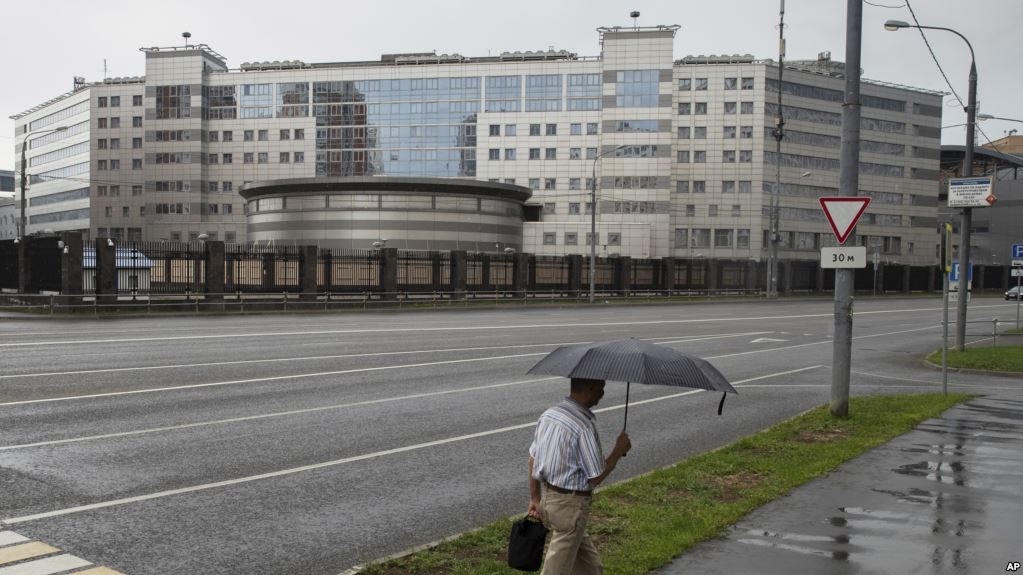 A man walks past the building of the Russian military intelligence service in Moscow, Russia, July 14, 2018

By Jeff Seldin, for VoA

For the past several months, intelligence and security officials in the U.S. government and private sector have cautiously marveled at the seemingly slow pace of Russian cyberattacks and influence operations using social media.

Unlike in the run-up to the 2016 U.S. presidential elections, officials say so far there has been no frenzy of hacks, phishing attacks or use of ads and false news stories to penetrate voting systems, alter voter rolls or influence voters ahead of the upcoming midterm elections.

Some have suggested the slowdown is the result of better preparation and better cyber tools that have allowed social media companies to thwart Russian efforts. But among Western intelligence agencies, there is also concern that Russia may not be relying on bots and trolls because they have real people who can do the work instead.

“We [Estonian intelligence] have detected a network of politicians, journalists, diplomats, business people who are actually Russian influence agents and who are doing what they are told to do,” Mikk Marran, the director general of Estonia’s Foreign Intelligence Service said Friday, speaking of Moscow’s efforts in the West.

“We see clearly that those people are pushing Russia’s agenda,” Marran told an audience at the annual Aspen Security Forum in Aspen, Colorado.

Marran’s comments come during a week that saw U.S. President Donald Trump casting doubt on the U.S. intelligence community’s assessment that Russia meddled in the 2016 presidential election, while standing alongside his Russian counterpart, President Vladimir Putin, following their meeting in Helsinki.

Since returning from Europe, Trump has backtracked on his initial statement, reading a prepared statement during Tuesday’s Cabinet meeting and in an interview Wednesday with CBS News.

A U.S. special counsel, Robert Mueller, appointed to investigate Russian involvement in the 2016 election and possible collusion by members of the Trump campaign, on July 13 indicted 12 Russian intelligence officials for hacking the computer networks belonging to the Democratic party, and has previously secured indictments against Trump campaign staffers, including campaign chairman Paul Manafort and former National Security Adviser Michael Flynn.

Yet despite the publicity from the U.S. investigation and greater awareness across the West of Russia’s influence operations, Estonian intelligence officials assert Moscow has not been deterred. Instead they say the Kremlin has ratcheted up efforts to make use of “influence agents,” many of whom Moscow has been cultivating for years.

“Politicians that have been in the margins of local politics some years ago are actually right now in national parliaments or national governments,” Marran said. “They have made some bad investments but they have also made some very good investments.”

“What they [the Russians] have provided to those people is media support, political support. They have proposed or provided some exclusive business opportunities,” he added. “In some occasions we have also seen that they have provided financial aid.”

Marran declined to name any politicians, diplomats or journalists suspected of being in Moscow’s pocket. And while it is not the first time that Estonia, a U.S. ally and a NATO member, has warned of Russia’s cultivation of “influence agents” in Western Europe, there are growing concerns that such operations have taken hold in the United States.

Former U.S. Director of National Intelligence James Clapper suggested Thursday that Russian efforts may even have reached into the White House.

“I’ve been trying my best to give the president the benefit of the doubt and always expressed potential other theories as to why he behaves as he does with respect to Russia generally and Putin specifically,” Clapper told CNN when asked about Trump’s refusal to back the findings of the U.S. intelligence community during his joint news conference with Putin Monday in Helsinki.

“But more and more I come to a conclusion after the Helsinki performance and since, that I really do wonder if the Russians have something on him,” Clapper said.

There have also been persistent rumors that some members of Congress could also be doing Russia’s bidding a notion reinforced Thursday by Bill Browder, the chief executive officer of Hermitage Capital and a driving force behind the Magnitsky Act, which allows Washington to withhold visas and freeze financial assets of Russian officials thought to be corrupt or human rights abusers.

“There’s one member of the U.S. Congress who I believe is on the payroll of Russia — it’s a Republican Congressmen from Orange County [California] named Dana Rohrabacher who is running around trying to overturn the Magnitsky Act,” Browder said at the Aspen Security Forum.

“I don’t have the bank transfers to prove it, but I believe that that’s the case,” Browder said when he was pressed on the accusation, citing Rohrabacher’s behavior.

VOA contacted Rohrabacher’s office regarding the accusation, but has not yet gotten any response.

U.S. intelligence and security agencies also declined comment on the allegations that Russian influence agents have infiltrated the U.S. government, though The New York Times reported in May that intelligence agents had warned Rohrabacher, long been considered to be one of the most Russia-friendly members of Congress, as far back as 2012 that Kremlin agents were actively trying to recruit him.

And during a private meeting in June 2016, House Majority Leader Kevin McCarthy told fellow Republican lawmakers, “There’s two people I think Putin pays: Rohrabacher and Trump,” according to a recording obtained by The Washington Post.

“It was a bad joke,” McCarthy told reporters after the tape emerged. “That was all there was to it. Nobody believes it.”

By Jeff Seldin, for VoA

Katherine Gypson contributed to this report

Jeff Seldin works out of VOA’s Washington headquarters and is national security correspondent. You can follow Jeff on Twitter at @jseldin or on Google Plus. 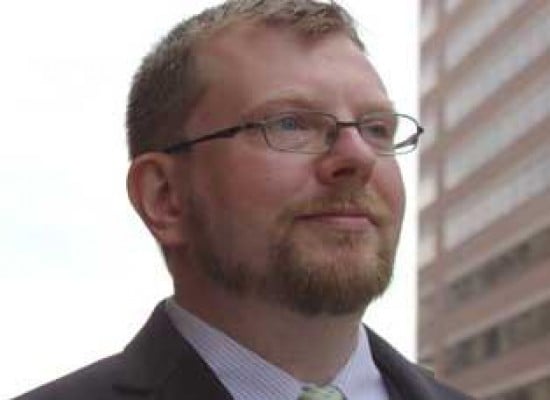 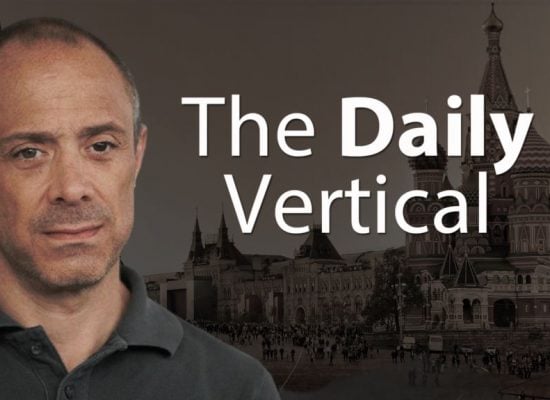 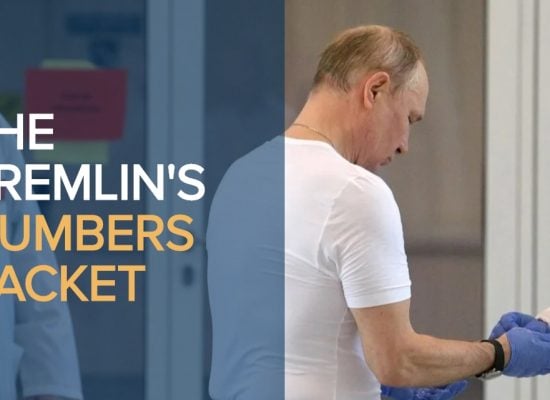 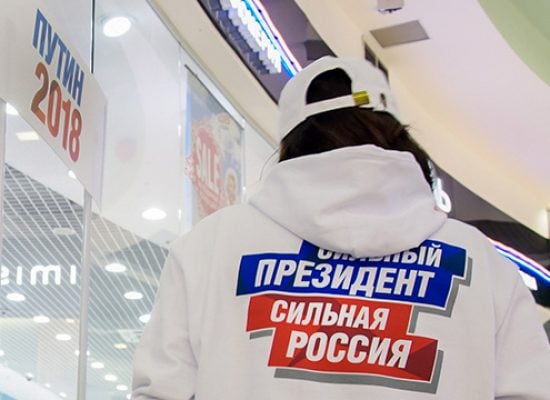 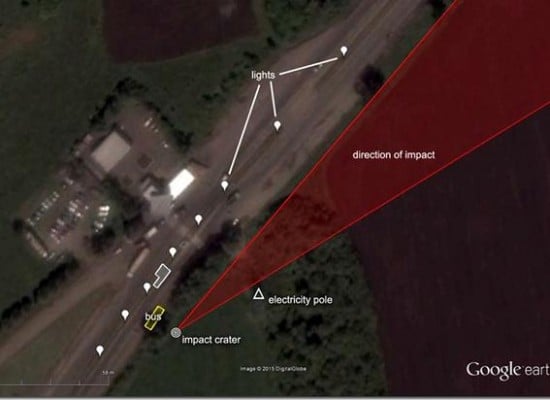 Analysis of the Volnovakha incident 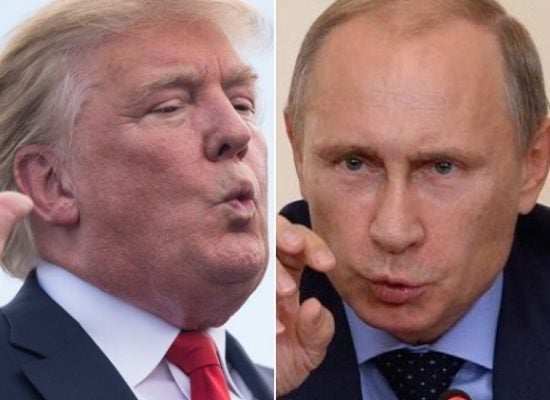 Is Trump a Sleeper Agent for Moscow?