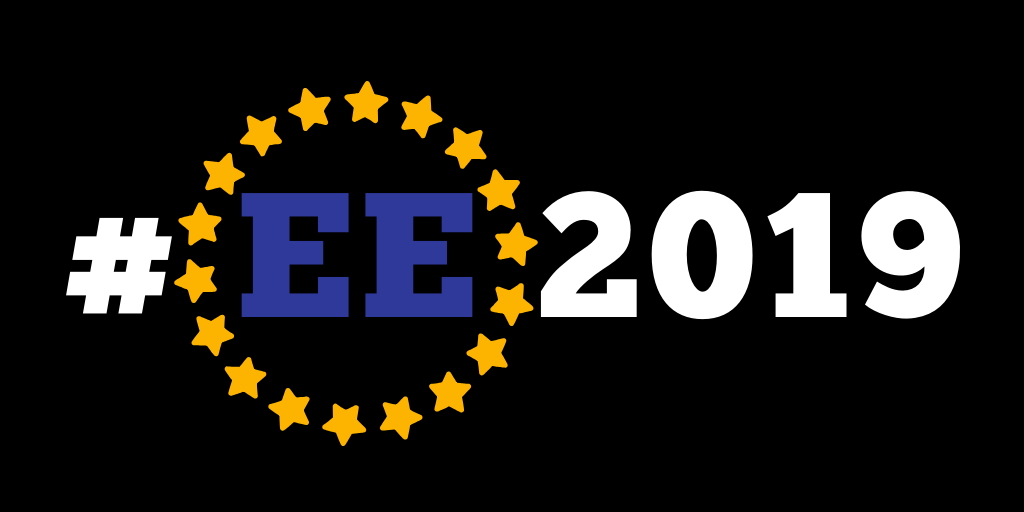 This week, European citizens head to the polls to vote in the European Union’s ninth parliamentary elections. 751 MEPs will be elected to represent over 512 million people from the EU’s 28 member states, thus assuming major influence over European policy-making for the next five years.

This edition of the Disinfo Review follows up on our first EU Elections Update: The Long Game.

Over the last few weeks, increasing attention has been devoted to the question of foreign (read: Russian) interference in the EP elections. With several high-profile cases of Kremlin-orchestrated meddling still vivid in our collective memory, the EU campaign period has been plagued by apprehension about how the Kremlin may seek to sway and/or undermine the electoral process this time around. In response to these concerns and to the growing demand for scrutiny of Russia’s influence efforts, a number of research and monitoring initiatives emerged in recent months to track, expose, and analyse election-related disinformation, as well as support the EU’s own evolving efforts to mitigate the problem, which include mounting pressure on social media companies to tackle their key role in facilitating the spread of disinformation.

But in the final days leading up to the vote, their findings appear to be anticlimactic: expectations of a massive coordinated influence campaign, targeted hack-and-leak operation, or other dramatic cyberattack have seemingly fallen short. The observed level of disinformation and manipulated online activity has been pretty much, well… normal. And much of it, importantly, now appears to be home-grown – motivated by populist, anti-establishment attitudes that are gaining traction across certain segments of the European electorate, and not coordinated directly by Russia or its immediate proxies (but certainly promoted by them!).

Compared to past elections, it may indeed seem like we have gotten off easy. But before we breathe a collective sigh of relief, let’s ask ourselves – is this a “normal” that we are willing to accept?

Because here is what this new “normal” actually means: it means that the Kremlin’s strategy is succeeding. It means that we risk becoming desensitized – even habituated – to the subversive efforts of a hostile foreign power aimed at damaging our democratic institutions and processes, and the values that have been essential to building a peaceful and prosperous post-World War II Europe.

The Kremlin’s five years of disinformation campaigns and related influence efforts do not suggest that it wants a Europe that is peaceful or prosperous. Rather, they suggest the opposite: that the Kremlin wants to see Europe fractured from within, weakened by EU secession efforts, national independence movements, and civil strife; a Europe that is inward-looking and that will not frustrate Russia’s strategic interests in the shared neighbourhood and farther abroad. Most importantly, the Kremlin wants a Europe that cannot or will not defend liberal-democratic values – nor inspire them elsewhere. 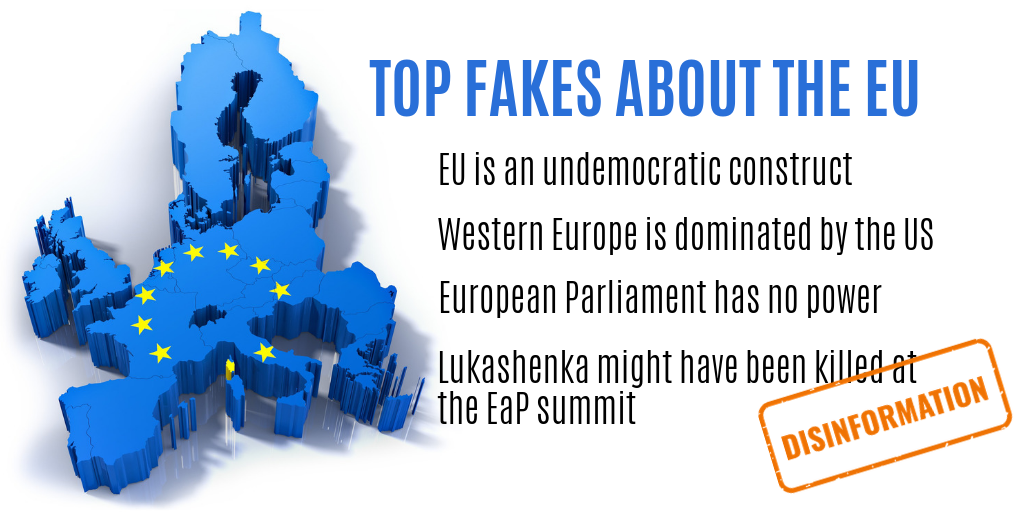 None of the above is speculation. Each of these claims derives directly from disinformation narratives originating in pro-Kremlin and Russian state media that we have been collating in the EUvsDisinfo database since 2015. We have meticulously documented evidence of the Kremlin’s enduring and assiduous disinformation campaign against Europe and the EU, including its institutions, policies, and values. Politicians who support the EU are routinely denigrated, ridiculed, or accused of corruption, while Eurosceptic voices are given prominence. And in the weeks and months leading up to the EP elections, these efforts have clearly persisted in multiple languages: every edition of the Disinfo Review includes cases of recurring disinformation narratives concerning the EU, ranging from deliberate distortions of reality to outright falsehoods. Behind the scenes, the trends are confirmed by our external media monitoring and data analysis team.

This week was no exception – in fact, we saw a slight increase in the overall number of stories attacking the EU. These covered a broad range of topics and deployed many common themes and narratives. For example, on the EU’s democratic (il)legitimacy, we saw stories claiming that lobbyists are the EU’s real rulers, that the EP has no power, and that the EU is a deeply undemocratic construct only serving the interests of a small wealthy elite. The migration issue was also exploited, memorably in one completely false story claiming that the Vice President of the European Commission said that “monocultural states must disappear and mass migration of Muslim men is a means to this end.” Pro-Kremlin media also played on the related narratives of “threatened values” – suggesting that Europe is abandoning its Christian roots (unlike Russia) – and “lost sovereignty” – claiming that Western Europe is dominated by the United States. Other stories included claims that the EU portrays itself as being ideologically superior to its constituent national governments.

The 10th anniversary of the EU’s Eastern Partnership program also received significant attention this week. The EaP was tied to a long list of sins by the pro-Kremlin media, including accusations that it is a concealed EU colonisation project, that it provoked the war in Donbas, and that its goal was always Russia’s isolation. According to one story, Belarus’s president skipped the summit in Brussels due to the possibility of being “physically eliminated”. Apparently, the EU capital may now be a hub for political assassinations!

Where do we go from here?

These examples, of course, are hardly an exhaustive list of the anti-European disinformation that is presently in circulation and being churned out every day by an ever more diffuse network of sources. This network, as noted earlier, is expanding and appears to be increasingly home-grown, motivated by politics of grievance and anti-establishment attitudes that, in some cases, are an organic reaction to the perceived failings of the European project and out-of-touch elites, combined with new economic and cultural insecurities fuelled by globalisation.

But that is not true in all cases. That’s the story the Kremlin would like you to believe, which conveniently whitewashes its concerted five-year campaign to destabilise Europe (and the West more broadly), precisely through the amplification and cultivation of these and other fringe voices, as well as opportunistic exploitation of crisis situations, like the Notre Dame fire, to push mendacious narratives.

The real story – one that should stoke our deep moral outrage, not inspire acceptance of a new “normal” – is that Russia’s seeds of subversion, carefully planted and cultivated for over half a decade, have successfully taken root and are now thriving independently. Today, on the eve of the European elections, the Kremlin merely hopes to reap what it sowed.

This strategy, importantly, is not new; it derives from the old-school Soviet practice of “active measures”. In a famous 1984 interview, Soviet defector and ex-KGB propagandist Yuri Bezmenov explains that the first objective of active measures is the demoralization of a society. He describes a slow process of brainwashing, ideological subversion, and psychological warfare that aims, over many years, to alter its target’s perception of reality. A society that is demoralized cannot effectively defend itself or act in its self-interest. Sound familiar?

But Russia also deserves recognition for its remarkable foresight about how our new digital tools and changes in our media and information environment could be weaponised to exploit and aggravate existing weaknesses. The Kremlin also figured out how to turn our strengths against us: in today’s digital ecosystem, core democratic values like free speech, transparency, and unrestricted access to information have transformed into vulnerabilities ripe for abuse. The digital world, as Timothy Snyder recently said, “spins ever fewer facts ever thinner, and into ever broader fantasies.” This is why, he explains, the populists are also the digitalists: for them, the flaws in our digital information architecture are actually made for purpose.

The Kremlin has shown us the tools which enable us to undermine ourselves from within. It pioneered the tactics and methods over many years, testing them first on its own citizens and eastern European countries (namely Ukraine), before exporting them to the West. And even though we saw the warning signs relatively early on, we have remained the proverbial frog in the boiling pot. If we are still to jump out in time, we cannot now sit back and complacently accept the “new normal”. 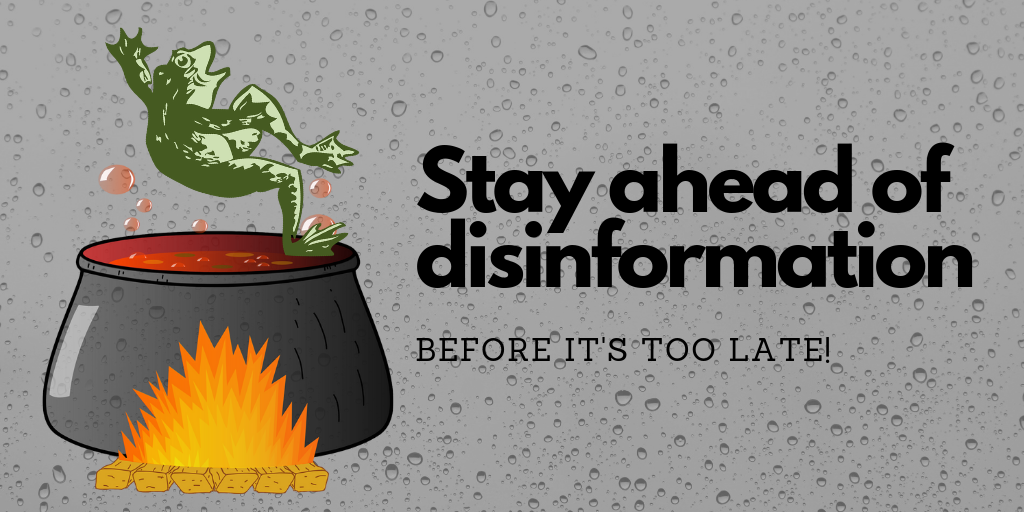