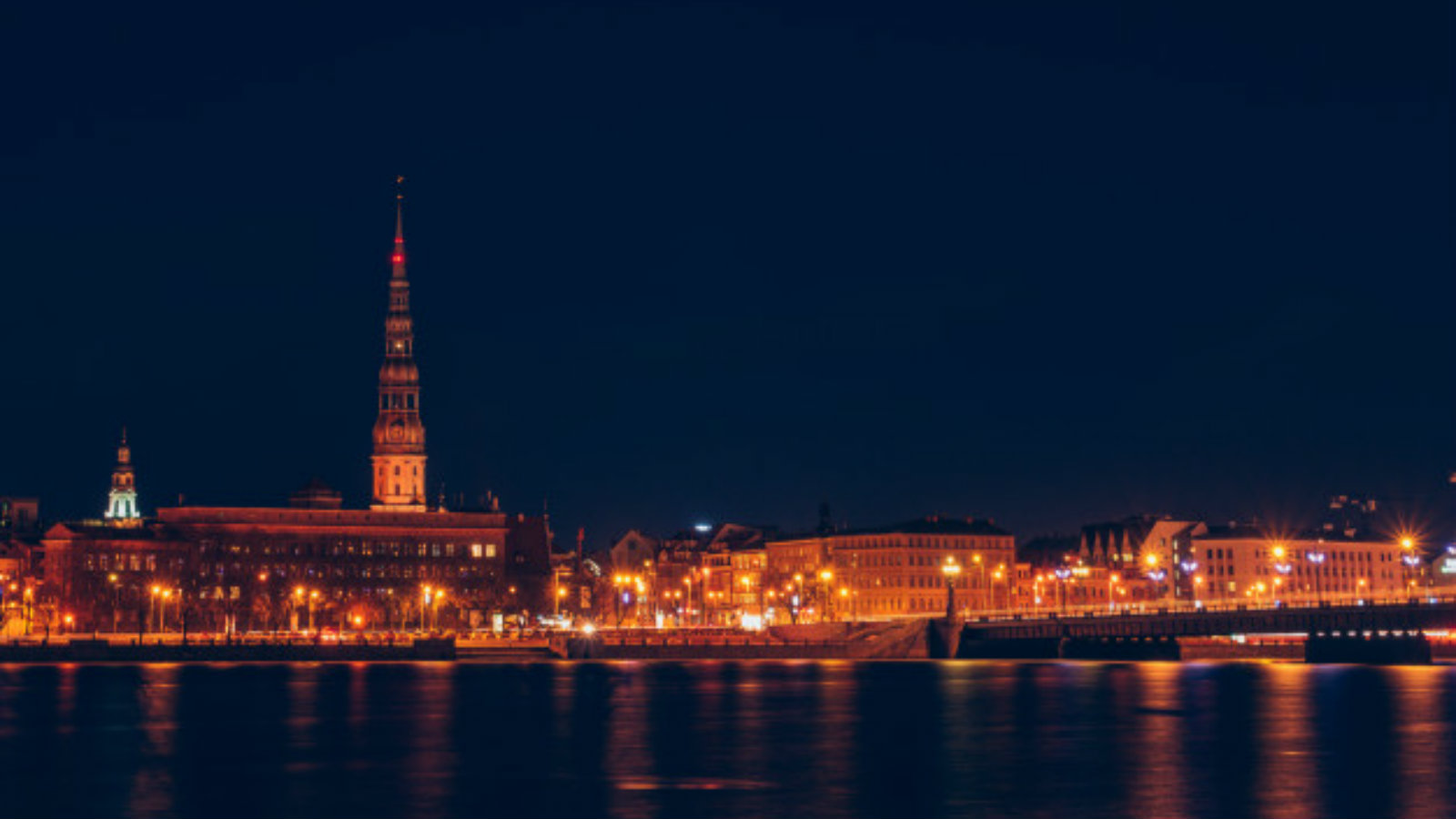 In Latvia, the Kremlin benefits from politicians whose public stances on both domestic and foreign policy issues align with the narratives Moscow seeks to implant and multiply in Europe. Kremlin-linked outlets such as RT and Sputnik are adept at crafting and publicizing such stories, but local politicians may further Moscow’s long-term influence when they take pro-Russian positions and make public comments and speeches about the persecution of Russian speakers or the unfair treatment Moscow receives in mainstream media.

The motives of such politicians can vary; they may not make policies or give speeches with the specific aim of advancing the Kremlin’s agenda. However, pro-Kremlin media frame the activities of such politicians in ways that lend a veneer of authenticity and legitimacy to narratives manufactured in Moscow.

Latvian politicians with views favorable to the Kremlin have also been building a stronghold in the European Parliament. From Brussels, such actors can take part in determining the policies of Europe, which consequently also affect their home countries. Thus, following these politicians is crucial to predicting their policymaking maneuvers and pushing back against the Kremlin’s influence in Europe.

The Kremlin’s favorite in the European Parliament

One of the most visible Latvian MEPs with views that align with those of the Kremlin is Tatjana Ždanoka.

On March 27, Zvezda, a TV channel of the Russian ministry of defense, ran a program about alleged anti-Russian sentiment in the Baltics. Ždanoka appeared in the program, accusing Latvia of discrimination against its Russian-speaking population.

Ždanoka has made strong exaggerations before. During a recent discussion in the European Parliament organized by Ždanoka’s Russian Union party, the politician said that the situation of ethnic Russians and Russian speakers in Latvia is similar to that of the Jews before World War II.

At the beginning of 2018, Ždanoka resigned her MEP seat in order to concentrate her efforts on helping her party before the 2018 national election and fighting Latvia’s recent language reform. The directive mandates that the official language of Latvia will gradually become the sole teaching language in the country’s schools. She and her companions have promised protests against the language policy.

Ždanoka is also rallying against the proposal to dismantle a Soviet monument in Rīga. The monument was built during Soviet times to honor the “liberators” of the city. However, in this case the Soviet liberators merely became the next occupying power. Today, the monument retains its symbolic importance for those in Latvian society who celebrate the end of World War II on May 9 together with Russia. (The rest of Europe celebrates on May 8.)

The bid to dismantle the monument entered the Latvian political debate in the form of a petition signed by more than ten thousand Latvian citizens. Ždanoka, as well as politicians on the other side of the ideological aisle, have been quick to capitalize on discussions about the monument. Similar events in Estonia, Latvia’s neighbor, highlight the volatility that historical issues can spark. In 2007, the relocation of a Soviet-era monument in Tallinn was met with riots, condemnation from Russia, blockade of the Estonian embassy in Moscow, as well as cyberattacks on Estonian state institutions, media outlets, and online services.

Given Ždanoka’s pro-Russian positions, entities close to the Kremlin have provided support, sometimes financial, to organizations associated with her. Despite the evidence of such support, Ždanoka rejects claims that she receives the Kremlin’s backing.

However good her relations with pro-Kremlin players, Ždanoka has been less successful in local politics. Her Russian Union party has not had any seats in Latvia’s parliament since 2010. Ždanoka herself is barred from running for a parliamentary seat because of her communist past. However, the restrictions on her candidacy in Latvia do not bar her from running in European Parliamentary elections. The 6.24 percent of the votes cast for the Latvian Russian Union in the recent EU elections was enough to secure her an MEP seat in Brussels.

As an MEP, Ždanoka is likely to continue opposing initiatives and measures considered punitive toward Russia. The highlights of her previous work at the European Parliament include supporting the Russian propaganda channel RT, visiting Russian-occupied Crimea and making the European Parliament pay for her trip, and meeting with the Syrian dictator Bashar al-Assad. Ždanoka also voted against the EU association treaty with Ukraine, the EU resolution condemning Russian propaganda, and the resolution that called for an independent investigation into the murder of the Russian opposition politician Boris Nemtsov.

In general, Ždanoka’s activities illustrate a pattern: a politician from a political party unpopular or even unrepresented on the national level manages to win a seat in the European Parliament and subsequently uses that platform to take positions sympathetic to Russia. Pro-Kremlin media, in turn, can refer to the positions of such politicians to show that the Kremlin enjoys at least some support in Europe.

Popular with the Russian media but lost the bid for Brussels

Another Latvian politician of note is Andrejs Mamikins. In 2014, he was elected to the European Parliament for Harmony, the party with which he has since fallen out. In the recent EU elections, Mamikins ran for the MEP seat for Ždanoka’s Latvian Russian Union but lost.

Mamikins’ views on a number of issues coincide with those favored by Kremlin-friendly media. He has been a recurring guest on the show of Vladimir Solov, a known Putin supporter, which airs on the Russian state-owned channel Rossiya-1. One Russian publication that appears to be particularly fond of Mamikins is the newspaper Argumenty nedeli. Just in the course of April, Mamikins discussed with this outlet citizenship issues in Latvia, claimed that “for the Baltic states, Russia is a convenient bogeyman,” commented on remarks made by Lithuanian foreign minister Linas Linkevičius regarding the meeting of the Estonian president Kersti Kaljulaid with Vladimir Putin, and shared his thoughts on a week’s worth of political events in Latvia.

An example of an intersection between this politician’s work and Kremlin media is the story about Mamikins’ criticism of the Latvian prime minister Krišjānis Kariņš’ speech in the European Parliament in Strasbourg on April 17. After the exchange between the two politicians, a Facebook ad about Mamikins’ comments appeared. Sputnik also covered the spat and reprinted Mamikins criticism of the prime minister, as well as the reaction of another Latvian MEP to Mamikins. Apart from the direct quote of Mamikins, two additional sentences in the Facebook ad are nearly identical to the sentences in the second paragraph of the Sputnik story. It is unclear, however, whether the Sputnik article or Facebook ad appeared first.

While working in the European Parliament, Mamikins has voted with Ždanoka on a number of Russia-related issues. He has also met Bashar al-Assad and visited a Russian airbase in Syria.

The (somewhat) ambiguous newcomers in Brussels

A different case is that of Nils Ušakovs, the former mayor of Rīga who won a seat for the Harmony party in the European Parliament. Despite earning the most votes in the last three national elections, Harmony or its previous incarnations has never been part of the Latvian coalition government. Other larger political parties and their supporters are suspicious that Harmony, with its large Russian-speaking voter base, harbors stronger sympathies for Russia than it officially acknowledges.

During his political career, Ušakovs’ relationships with Moscow have varied. As the leader of Harmony, he praised the agreement the party had with Vladimir Putin’s United Russia party. However, he announced in 2017 that the agreement had been vacated. Soon after, the media reported that Ušakovs had hired a former aide to US senators and was attempting to charm US officials and pundits with his pro-Western credentials.

Recently, Ušakovs was suspended from his mayoral post because of a corruption scandal involving the Rīga public transport company. As noted in the previous article on pro-Kremlin narratives in Latvia, at that time a number of Russian media stood by him; they linked Ušakovs’ troubles with his Russian ethnicity and claimed that the scandal was merely an excuse used by Latvian nationalists to demonize him. At the same time, some Kremlin-linked media outlets, such as Baltnews, have popularized the view that Ušakovs’ bid for an MEP seat constitutes a “flight” from tensions at home.

Another politician that won an MEP seat for Harmony is Andris Ameriks, a long-standing ally of Ušakovs in the Rīga city council. At the end of 2018, as the scandal related to the Rīga public transport company unfolded, Ameriks stepped down from his post as the deputy mayor of Rīga. At the same time, he stressed his innocence of any wrongdoing.

Ameriks was formerly an associate of Ainārs Šlesers, a Latvian oligarch who advocated for closer ties with Russia. Since 2001, Ameriks has worked in the Rīga city council and built considerable influence in the city’s affairs. He is mostly viewed as a pragmatic politician whose talents lie in securing personally beneficial deals. However, in line with such a position during the debate before the European Parliamentary elections, Ameriks urged consideration of the potential opportunities presented by the development of bilateral ties with Russia.

It remains to be seen what Ušakovs and Ameriks’ stance on Russia will be in the European Parliament.

A voter-enabled competition of fringes

Latvia has a total of eight representatives in the European Parliament. The success of politicians with worldviews such as that of Tatjana Ždanoka means that the potential proportion of Latvian opinions in Brussels favorable for the Kremlin is considerable.

One of the explanations of Kremlin-friendly politicians’ success is that voter turnout for European Parliamentary elections in Latvia is low. In 2014, only 30.24 percent of Latvians voted in the European elections. This year, the turnout was 33.51 percent, among the lowest in the EU. The dismal rate of Latvia’s electoral participation rate makes it easier for fringe or ostracized politicians to win a mandate in Brussels because their supporters tend to be more active than mainstream voters.

Hence, the strength of Latvian Kremlin-friendly voices in the European Parliament is not necessarily merely a product of the Kremlin’s orchestration. Latvians’ voting (in)activity contributes to the political successes of such politicians.

At the same time, such a situation does create an opportunity for external forces, like the Kremlin, to exert influence in Europe. As such, European as well as Latvian institutions face the critical task of increasing citizen participation in European political matters. Its current level constitutes a vulnerability in the democratic process, one that hostile foreign actors may use to their advantage.