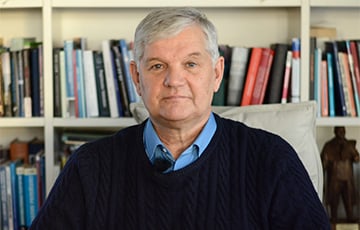 Given the impact of Russia’s information wars against countries like Estonia and Belarus, Raul Rebane says, it is most unfortunate that there is not a single university in Europe with a doctoral-level program in this area. Establishing such programs must be a priority, the Estonian information expert says.

Rebane, who worked for 20 years in Estonian television both at the end of the Soviet period and after his country had recovered his independence, offers some important insights about how Estonians have resisted Russia’s moves in this area and how other can benefit from their experience.

Russia regularly engages in information attacks on Estonia, but Estonia does not respond by attacking Russia. Instead, its key “card” consists of its “proud citizenry. If a citizen is proud of his country, its culture and so on,” then it doesn’t matter what Moscow television says. That individual won’t believe it, and Moscow’s attack will fail.”

Information wars in the first instance, Rebane says, “are the intentional sending of messages to an opponent that he should throw away his shield. What does this shield consist of? The common values of the nation and the state.” In Estonia, that defense mechanism works “quite well.”

It is not just that Estonians are skeptical about what they are told, and it is not just that the Estonian media provide accurate news that contradicts Russian claims, he continues. It is also the case that Estonian television provides entertainment programs which provide “one of the strongest defensive and attacking means of information war.”

“Little Estonia makes somewhere about 20 TV serials a year in its language,” Rebane says. That is terribly expensive “but very important.” It reinforces how people see themselves and their nation and becomes the source of pride and dignity which keeps them from falling victim to the various lures of information war.

In information wars, social media can both help to destroy authoritarian regimes and destroy them, he continues. What is “always” needed are critical thought, access to some independent media, and attention from others. All of these have played a key role in Estonia’s success.

“Estonia was the only republic where in the northern part of the country one could watch Finnish television” in the time of the Soviet occupation. “We lived in the middle of three information spaces: our own Estonian television, Moscow’s Soviet TV, and democratic Finnish television.” The influence of the last was especially important.

“Finnish television influenced out mentality,” Rebane says; “and therefore we got a two-to-three-year advantage compared to all other countries” that arose when the USSR disintegrated. “We were able to think democratically” from the beginning something most others were not in a position to do.

Belarus needs media from abroad to lead its own media out from under the Minsk and Moscow outlets and to help promote critical and democratic thinking among its population. If such democratic media for Belarusians appear abroad, many journalists now working for the state will change sides, just as Baltic ones did at the end of the 1980s.

But it is also critically important that people abroad keep focused on Belarus. The Baltic diasporas did that for Estonia, Latvia and Lithuania during the occupation. The Belarusian diaspora and the country’s sympathizers must do the same thing now, lest Lukashenka exploit neglect.

As Finnish novelist Sofi Oksanen put it many years ago, “if people do not know about your existence, they won’t notice that you are disappearing.” Fortunately, today, the world is watching Belarus and they no longer view the dictator there as some good old “grandfather” to his people.